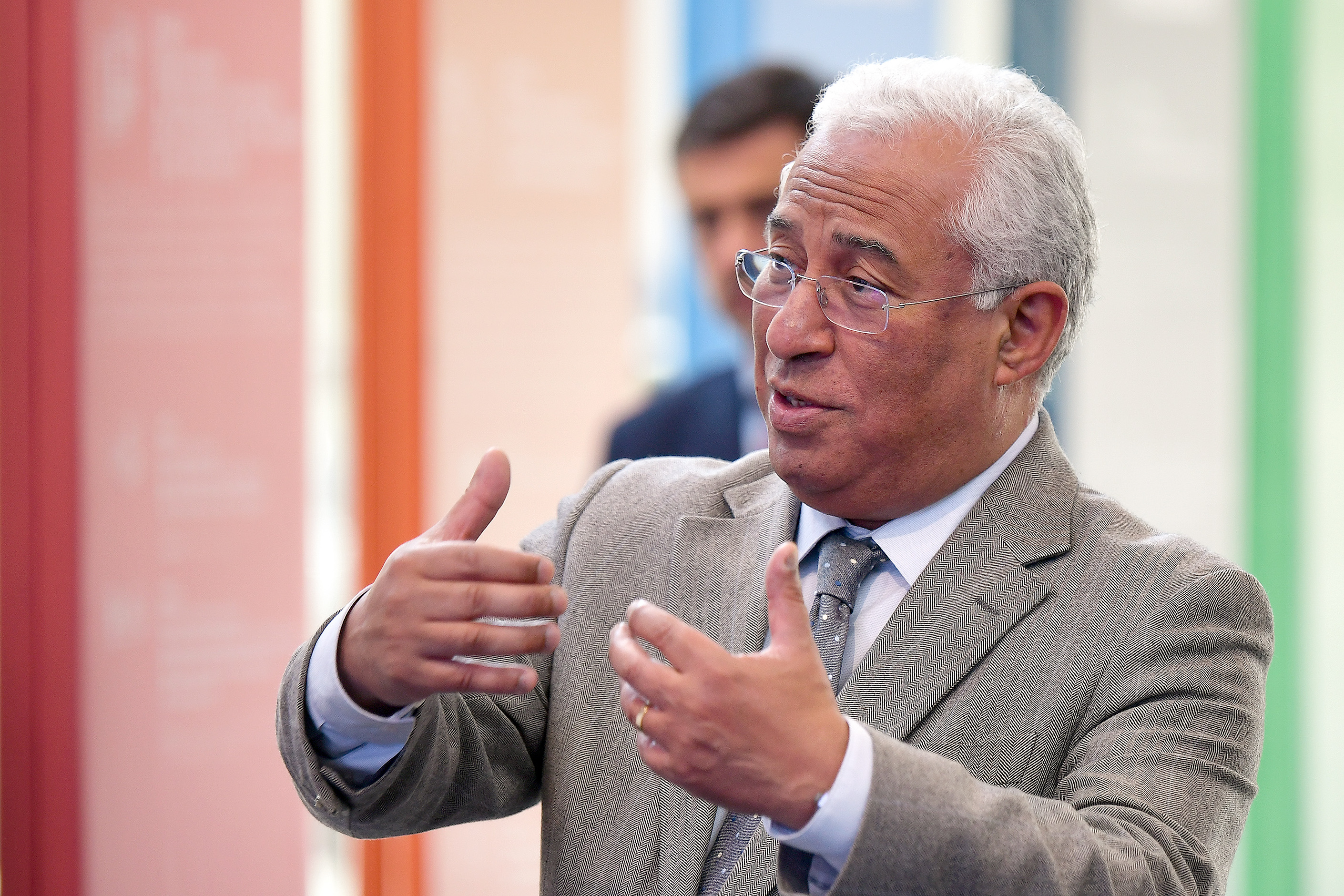 António Costa said that there are “those who get very angry” when he talks about the PRR, but that there is no reason for that. The bazooka is a “country plan”, he guaranteed this Tuesday.

António Costa defended, this Tuesday at the end of the night, that the Recovery and Resilience Plan (PRR) “it’s not a PS plan”, is a “country plan”, appealing to “those who get very angry” when they themselves talk about the plan, stop being angry.

The secretary general of the PS was speaking at the Congress Center of Aveiro, in a campaign action with the candidate of the Viva’ Aveiro (PS/PAN) coalition, Manuel Oliveira de Sousa, in which the PAN spokesperson, Inês de Sousa also participated. Real, and the Minister of Infrastructure and Housing, Pedro Nuno Santos.

Before an audience of around 300 people, Costa stated that Portugal must come out of the pandemic crisis “with the same determination” with which it stopped it and defended that, if the Portuguese were “exceptionals in an exceptional moment”, must also be “exceptional in a moment of normality”.

“And we really have to be exceptional at a time of normality, because we have very little time to be able to use well, with transparency, rigor, without the slightest suspicion of corruption, the funds that are made available to us, and that are only made available to us now and for a very short period”, he stressed.

António Costa said that there is “not a second, a minute, a day, to lose in collective mobilization” for the country to succeed. go “further” and “faster” than would have been possible under normal conditions.

“It’s all together that we will be able to effectively turn the page this crisis and, above all, to fulfill the duty we have to the next generations: to make this country a more prosperous, happier country, with more and better living conditions for everyone and everyone who wants to develop their future here in Portugal” , he said.

Affirming that, when a “cautioned release” of the pandemic begins to approach, the country needs to start looking “in the future”, Costa stressed that the municipalities will be “absolutely central” because they will have “more competences than they have until now” due to the decentralization package.

The PS general secretary listed the different areas where the municipalities will have greater intervention – such as education, health, social action, among others – and he also referred to the “central role” they will play in the execution do PRR.

“It is for all of this that the municipalities are fundamental and that the next elections are no longer an election, because they are the elections where we are going to elect the chambers with powers that the chambers have never had until now”, he stressed.

In this regard, he highlighted that the district of Aveiro it will be “particularly decisive” in the recovery from the crisis as it is a “district of excellence” and the “great engine” of the country’s economic development.

“The engines of the country’s economic development will be, increasingly, innovation and qualifications. And this city has one of the best universities (…) at European level. Here, an increasingly qualified generation has developed, but also cutting-edge innovation centers in the most diverse sectors of science”, he indicated.

Praising the “natural resources”, the “quality of agricultural production” and the “remarkable entrepreneurial capacity from an industrial point of view” of Aveiro, Costa said that it should be the City Council to “mobilize energies” in the territory and to “bridge” between “all resources”.

This Tuesday, in Guarda, the leader of the PSD, Rui Rio, repeated the criticisms which he has done to António Costa, reiterating that “it is not correct to mix the role of prime minister with that of secretary general of the PSD in the campaign” when talking about the millions of the PRR.

The general secretary of the PCP, Jerónimo de Sousa, accused the prime minister of “blackmail the voters” with millionaire promises and to use the PRR “like a carrot” to transfer burdens that should be from the central state to the municipalities.