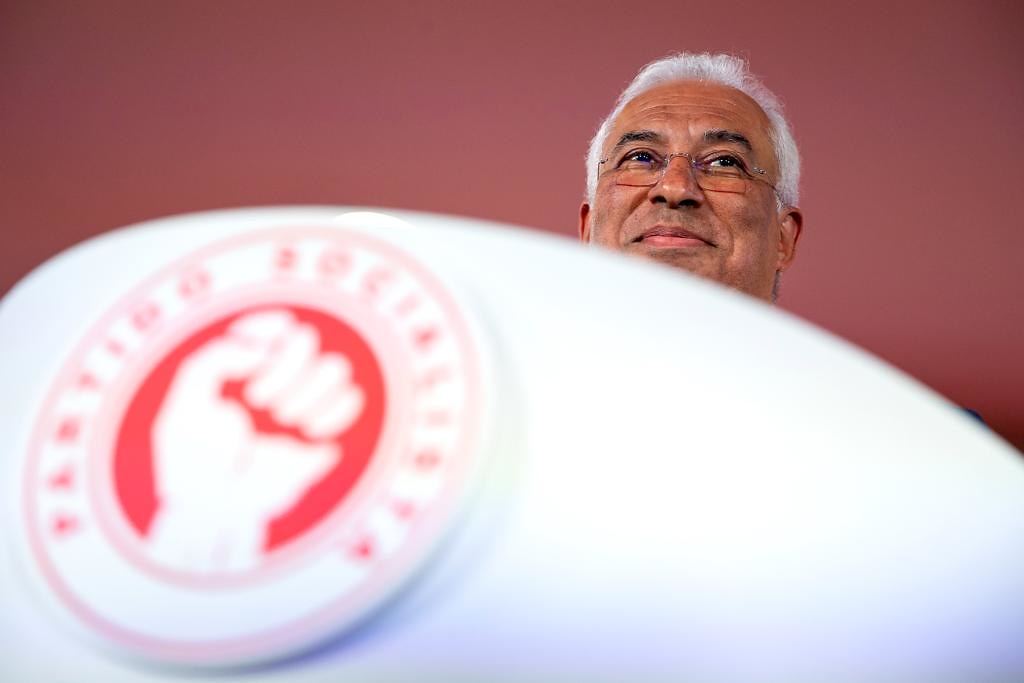 The leader of the Socialist Party, António Costa

This Thursday, António Costa went to the headquarters of the PS, in Largo do Rato, in Lisbon, to deliver his motion of political orientation to the Socialist Congress, which takes place on the 10th and 11th of July.

“I have just formalized my candidacy as PS general secretary for the next term based on this global strategy motion: ‘Recover Portugal and Guarantee the Future’. This is the great mission that is imposed on the PS, the all levels of governance, at the national level and at the municipal level ”, said the prime minister at the end of the meeting, quoted by the newspaper Público.

The prime minister again insisted on the strategic continuity of solutions on the left and left criticisms of Rui Rio and the PSD’s current political position.

“Effectively, there is a world that separates us, which is very good. It is good because the vitality of democracy is based on the existence of alternatives. If the Portuguese want to follow this path, we are here. If you want to take a different path, so there is doctor Rui Rio“, Shot.

Costa went even further and considered “how dangerous it is when one of the main parties – the PS or PSD -, instead of asserting its identity, allows itself to be conditioned by the political agenda of others”.

“Manifest concern for the quality of democracy due to the way the PSD has allowed itself to be conditioned and imprison by Chega’s agenda. This is what is dangerous, because it weakens the PSD alternative ”, he stressed.

“They say it is even good for the PS, because that way many voters in the most downtown area, who sometimes vote for PS and others for the PSD, feel more comfortable to vote for my party. From a partisan point of view, it can even be useful. But for democracy it is bad. There must be a clear boundary between those on the side of democracy and those on the other side, ”he added.

As the online newspaper Observador advances, this is also the idea conveyed at the conclusion of its motion. “In the political context in which we live, the PS must still continue to lead this process of economic and social recovery in the country, assuming itself as a party that dialogues with all sectors of society that defend the deepening of pluralist and democratic democracy. reject complacency on the right democratic vis-à-vis an anti-democratic and xenophobic agenda ”.

The socialist also ended up commenting on the convention of the Europe and Freedom Movement (MEL), which took place this Tuesday and Wednesday, saying that “there was no mention of a single problem that related to the life of the Portuguese”.

“They talked about problems that only concern them, in a vanity fair contest to find out if the old one returns, if a new one appears or if the current one remains. They are entertained in the vanities.”

Regarding the dialogue on the left, and after being questioned more than once by journalists about the recent Left Bloc Convention, Costa considered that there was no clear position on this party’s position vis-à-vis the Government.

“From the reading of the media, I think that the Bloco de Esquerda must not have been very clear, because I saw two types of analysis: some commentators said that BE had reopened the door for a dialogue with the PS; and I saw others say that he had used this convention to place the PS as the main opponent, closing the doors to a future negotiation ”, he declared, also leaving a message to the blockers.

“Now, the PS’s position is clear: dialogue on the left on a constructive, serious basis, without ultimatums or dramatizations, nor saying expressions – I happened to hear it from Dr. Catarina Martins – as we do not give in, we do not back down. This is not how we speak, because in a negotiation we have to be open-minded. ”

“Whoever sits at the table saying that he does not back down on anything, he really doesn’t want any agreement, trying instead to impose an ultimatum, which would not be acceptable. I hope that things will evolve from a constructive point of view ”, shot the Prime Minister.

The Chief Executive also recalled the Bloc’s position on the State Budget for 2021, saying that, “in fact, the Bloc ended up voting on the right”.

“The PCP, PAN and PEV made the Budget feasible, as well as the non-registered deputies. The one who was left isolated was the Block, which voted alone with the right. But this is a problem for the Bloc, I am a candidate for general secretary of the PS and I do not intend to be here to say what the Bloc should or should not do. He will do as he pleases, ”he concluded.

Motion points to regionalization for 2024

The motion, coordinated by the Socialist leader and current Minister of State and the Presidency, Mariana Vieira da Silva, emphasizes, in the words of António Costa, the “precariousness, the strengthening of the National Health Service, the improvement of housing conditions and the opening of future horizons for young people”.

The motion also includes a commitment to “combat all forms of labor instability”, guaranteeing that “the PS must assume the responsibility revision of labor legislation“.

This will aim to “properly regulate new forms of work and ensure labor and social protection rights for these workers (for example, from digital platforms)”, quotes the newspaper Público, which also had access to the document.

For the socialist, the “center of economic recovery must be, once again, employment”, with “less precariousness, more rights, more qualifications and better wages”

In relation to the next autarchic mandate, between this year and 2025, the leader of the socialists defends that it will be of “consolidation of the decentralization process for municipalities and metropolitan areas, at the same time as the process of extending the powers of the CCDR (coordination and regional development commissions), now legitimized as representatives of the mayors of the regions, continues. ”

“We will thus be in a position to, at the end of 2024, evaluate the results of these processes and promote a wide debate with a view to achieving regionalization, in constitutional terms”, sustains the PS general secretary.

This Thursday, the socialist leader Daniel Adrião also presented his candidacy for the leadership of the party, this being his third candidacy, whose motion of strategy to the National Congress of the PS is entitled “Full democracy”.