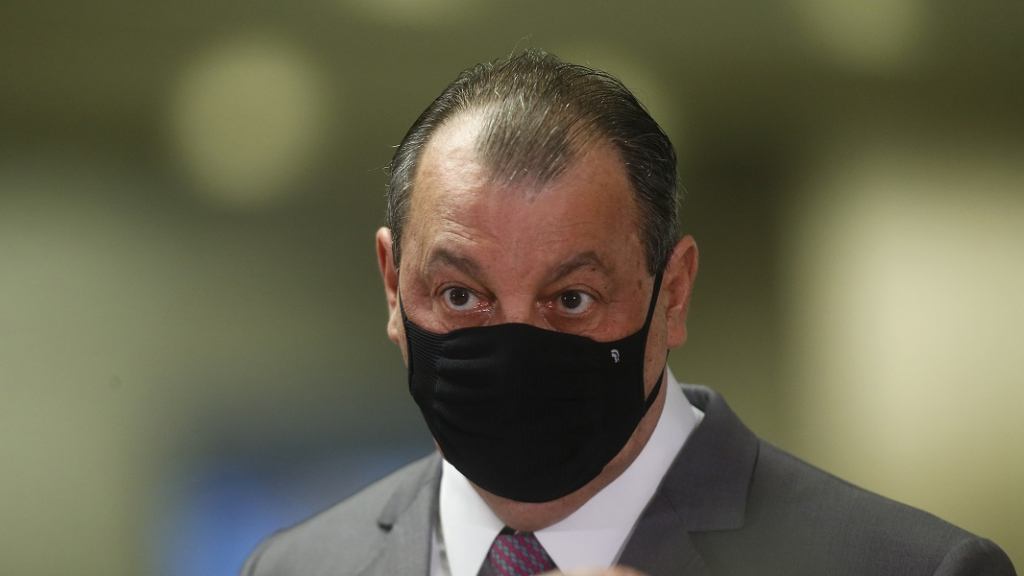 In an official letter, the chairman of the committee requests the appointment of an agent, an expert and a delegate due to the ‘expressive volume of information’ received by the collegiate

Dida Sampaio/Estadão Content – 04/29/2021The president of the CPI, senator Omar Aziz (PSD-AM), gives a press conference as he leaves the Senate, at the National Congress, in Brasília, this Thursday, April 29, 2021

In an official letter sent to the Federal Police (PF), the president of CPI to Covid-19, Omar Aziz | (PSD-AM), asks, “with utmost urgency”, the reinforcement of “three civil servants in the police career, with access to systems and experience in analysis of confidentiality, to assist the collegiate in conducting investigations, being an agent, an expert and a delegate”. The commission has the assistance of a delegate and an agent of the Federal Police, in addition to auditors from the Federal Court of Accounts (TCU) and the Internal Revenue Service. In the document, however, the congressman alleges that the amount provided by the corporation has been “insufficient”, due to “the expressive volume of information” received by the collegiate. “It is explained that this commission has added several informational elements that require analysis by a specialized team. Although the team kindly made available by this Federal Police has provided relevant services to the collegiate, due to the expressive volume of information, its quantity has been insufficient. Therefore, in addition to the police officers already available to assist this Collegiate, the appointment of three other Police officers is required, under the terms of the present office”, writes Aziz.

Since its inception on April 27, the CPI has received more than a terabyte of data – this is the largest amount a Senate investigation has ever had. That’s more than 250,000 photos, about 500 hours of video, or 6.5 million pages of documents. In the first three months of work, the senators produced more than 1,100 requests for information and summons, in addition to more than 1,800 official letters. By way of comparison, Fake News’ Joint Parliamentary Inquiry Commission (CPMI), made up of federal deputies and senators, has accumulated approximately 5 gigabytes of data.