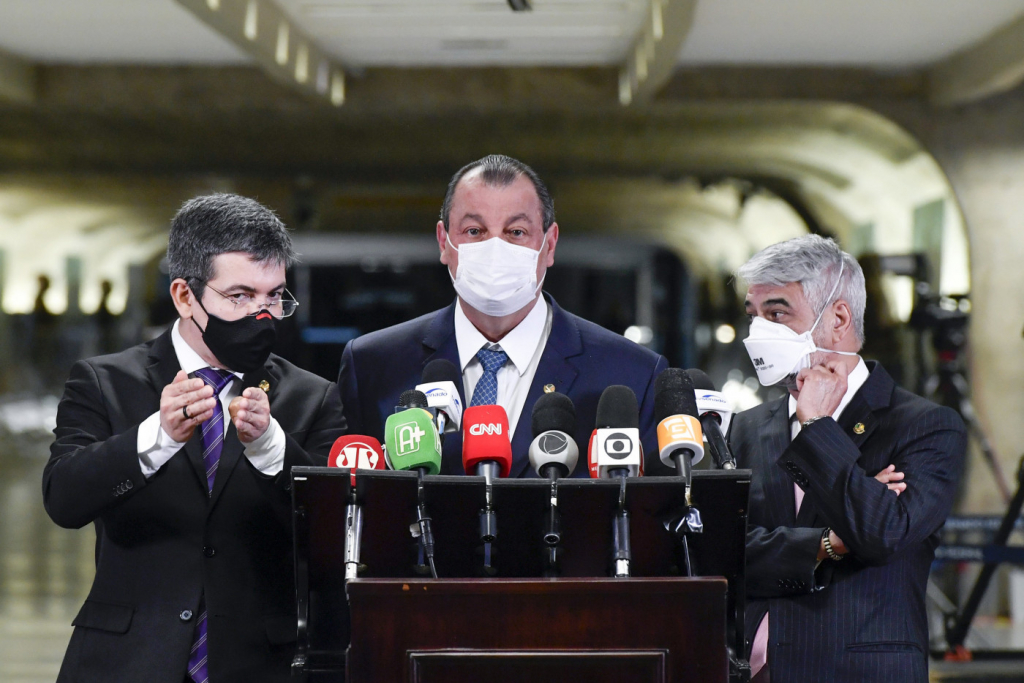 Senators will receive a businessman appointed as a hidden partner of the FIB Bank, a lobbyist who appears in ‘step-by-step fraud’ and a representative of President Jair Bolsonaro

After a week without testimonials, the CPI to Covid-19 resumes the work in order to clarify the role of lobbyists and businessmen involved, above all, in the process of acquiring the vaccine Covaxin, one of the commission’s main lines of investigation. The contract between the president’s government Jair Bolsonaro and the Indian pharmacist Bharat Biotech was signed on February 25, in a negotiation brokered by Need Medicines, and terminated at the end of August, after the brothers Luis Ricardo Miranda, head of Import for Ministry of Health, and the federal deputy Luis Miranda (DEM-DF), denounce irregularities in the negotiations.

On Tuesday, the 14th, the senators will receive the lawyer Marcos Tolentino, appointed as a hidden partner of FIB Bank, who issued a guarantee letter of R$ 80.7 million as a guarantee for the company in the agreement signed for the acquisition of 20 million doses of the vaccine. The deposition was initially scheduled for Wednesday, 1st, but was postponed after Tolentino presented a certificate alleging “tingling” in the body as a justification for not appearing. The posture irritated the senators. “He checked himself in at the end of the afternoon, and at eight o’clock at night he was giving an interview. Smiling, as if nothing was happening. For those who were feeling sick, it wasn’t possible to be giving an interview. Marcos Tolentino is a fraudster, and he’s not going to fraud a disease? It is this citizen who enters on the eve of being heard. He comes here even if it’s on a stretcher. But he will come here”, said the president of the CPI, Omar Aziz (PSD-AM). The hearing will also serve to clarify Tolentino’s ties with the government leader in the Chamber of Deputies, Ricardo Barros (PP-PR). The two are personal friends and the lawyer even accompanied the congressman from the Centrão in his testimony to the commission, which took place on August 12th. On August 25, the collegiate heard Roberto Pereira Ramos, who introduced himself as CEO of FIB Bank. For congressmen, however, he acts as Tolentino’s “orange”. “We already know that the real person responsible for the FIB Bank is the master of this photo [exibida no telão da comissão], Marcos Tolentino. Your contradictions confirmed the certainties we have”, said Randolfe Rodrigues (Rede-AP), vice president of the parliamentary commission.

On Wednesday, 15th, it will be the turn of Marconny Albernaz de Faria, lobbyist for Need Medicines. Faria’s name appears in an exchange of messages that creates the “fraud architecture” to a bid to purchase Covid-19 tests in order to benefit the company created by Francisco Maximiano. The lawyer’s presence became the target of a legal battle. He was supposed to have been heard on Thursday 2, but he didn’t attend. A day before, Minister Carmen Lúcia, from the Supreme Federal Court (STF), granted the deponent the right to remain silent on questions that could incriminate him, but decided that his presence was mandatory. As a result, the CPI leadership of Covid-19 ordered the Senate Legislative Police to try to locate him and called the STF with a request for coercive conduct from the lobbyist. After the imbroglio, Faria’s defense sought out the senators and signaled that he would appear in the Senate.

Finally, on Thursday, 16, the senators will hear the lawyer Karina Kufa, who represents the president Jair Bolsonaro. She promoted a dinner at her house that was attended by Marconny Faria and José Ricardo Santana, former director of an agency linked to Anvisa, another character supposedly involved in the step-by-step created to rig the bid in favor of the company. . In a statement, Kufa stated that “barbecuing is not a crime”. “Meeting people is not a crime. The host is not necessarily linked to the acts, previous or subsequent, of the guests”, he said. “Out of respect for the people who follow the CPI sessions and, of course, out of respect for the Parliamentary Inquiry Committee itself, I would like to make it clear that I have no connection with the purchase or sale of vaccines and tests for Covid. I don’t advocate for any company contracted in the pandemic and I don’t know the representatives of Need Medicines”, he added.