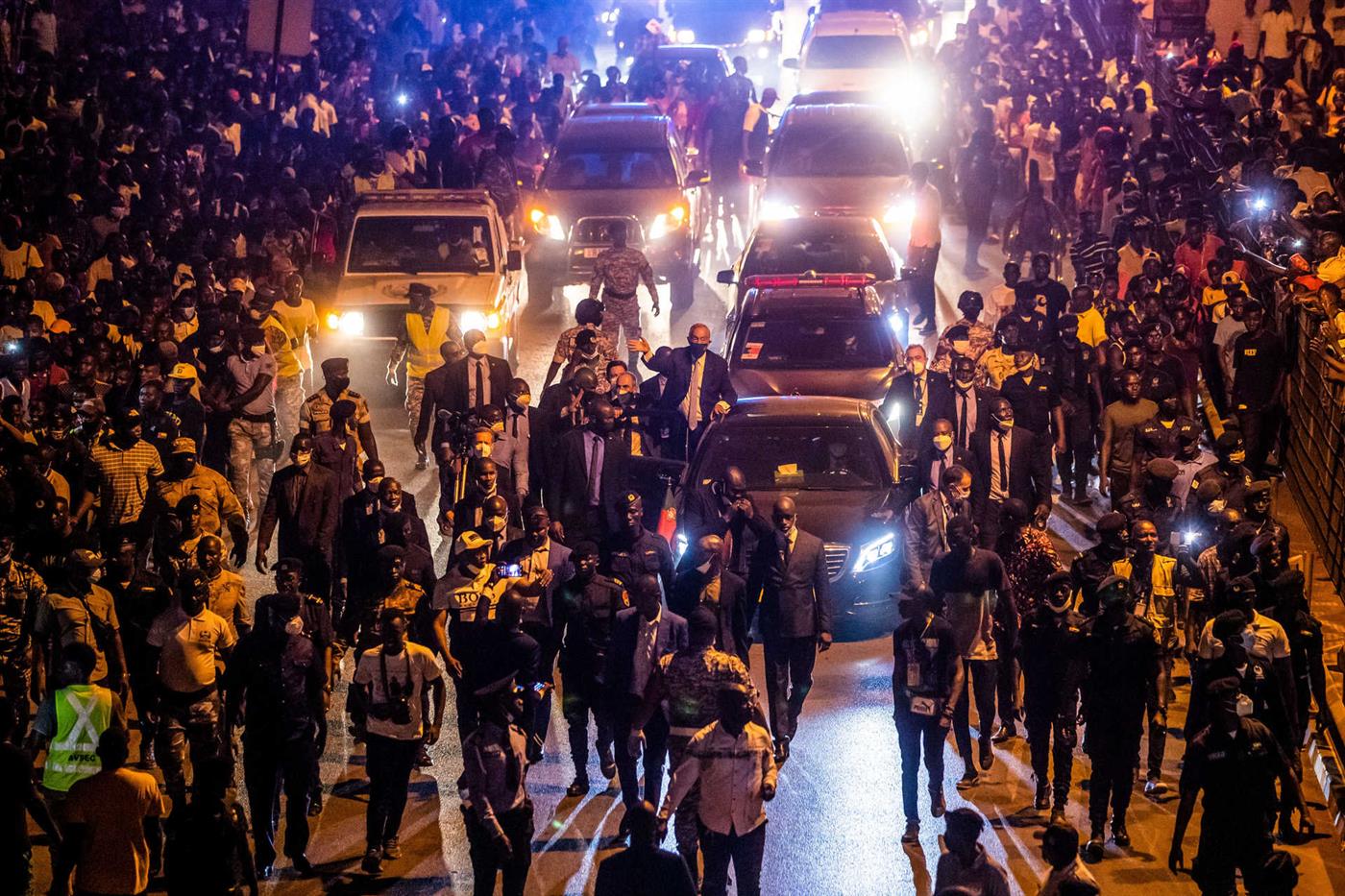 Marcelo Rebelo de Sousa is in Guinea-Bissau on the first visit by a Portuguese head of state to the country in more than 30 years. The population received Marcelo in delight, but the visit is causing controversy with accusations that it aims to “whiten the action of the Government of Bissau”.

The Portuguese President of the Republic arrived in Bissau on Monday night, having been received by thousands of people who greeted him during an eight-kilometer journey between Osvaldo Vieira international airport and the center of the Guinean capital.

Marcelo got out of the car, to wave more closely to people and was part of the route standing in the vehicle, with the door open, to greet the crowd.

Among the population they even heard cries of support for Portugal and between the flags of Guinea there were also some Portuguese flags.

But the visit is being less welcomed by the African Party for the Independence of Guinea and Cape Verde (PAIGC), the largest opposition party in the country, which considers that Marcelo is contributing to launder the action of the Government of Bissau since he came to power.

“You haven’t been here in years. Why are you coming now? ”

PAIGC Vice President Odete Semedo disputes the reason for the visit and says, in declarations to TSF, that “Marcelo Rebelo de Sousa should think a little about Portuguese-speaking countries, especially Guinea-Bissau, because hasn’t been here in years“. “This is his second term. Why come now?“, He asks.

“We are not saying that Portugal is guilty [pela actual situação na Guiné-Bissau]”,” But we are protesting against an individual who is an academic, who is a constitutionalist, who knows the laws, who must know the policies of African Portuguese-speaking countries and who should, at least, not bleach what is happening today in Guinea-Bissau ”, stresses Odete Semedo.

The PAIGC vice-president notes that, at this point, “There are people to be beaten” and “to be arrested without any guilt, in which men in uniform and armed violate and destroy equipment and facilities of the media, in which the demonstrations are repressed.”

Thus, it considers that Marcelo “doesn’t know what’s going on” in Guinea.

The Portuguese President will be received by his Guinean counterpart, Umaro Sissoco Embaló, at the Presidential Palace in Bissau, on the second and last day of his official visit to the country.

Ana Gomes, a former candidate for the Presidency of the Portuguese Republic, also criticized Marcelo for his meeting with Embaló, considering that the president of Guinea-Bissau is a “servant of the terrorist Khadaffi, that nothing has improved the conditions of the people, that persecutes journalists and makes life easier for drug traffickers ”.

As a way of protesting the PAIGC deputies they will not be present at the meeting between Marcelo and the Guinean parliamentary benches, this Tuesday.

Note that the PAIGC won the last legislative elections of 2019, but was relegated to the opposition.

“Portugal wants to embrace all Guineans”

The Portuguese President commented on the criticisms he has received, noting that he expects institutional contacts in Guinea-Bissau to take place in a “as plural as possible” climate.

In a speech at a hotel in Bissau, before representatives of the Portuguese community, Marcelo said that this visit, as well as that of his Guinean counterpart to Belém recently, is a sign of “Strengthening of bilateral relations” between the two countries and “signifies the desire to go further”.

Marcelo also revealed that made a point of appearing in person to a meeting in Belém where they were received reluctant protesters“As for your visit,” to explain to you very fraternally the reason for that visit “.

Pointing out that it is also a sign of “pluralism” and stressing that it is also for “pluralism in the Assembly [Nacional Popular da Guiné-Bissau]”Which will have“ opportunity to meet representatives of various political opinion and political expression of Guinean life ”.

“Portugal really wants to embrace all Guineans”, he also pointed out, stressing that the “friendship”, “complicity” and “fraternity” between the two countries “are lasting”.

“We are just protagonists for a limited time a much deeper and much longer relationship. We must do our best to deepen this relationship, and to have more future than present and past. And it is possible, and it is desirable, and it is fundamental ”, he also stressed in response to criticism.

The official visit to Guinea-Bissau also foresees Marcelo’s passage through Fortaleza Amura, also General Staff of the Armed Forces of Guinea-Bissau, to deposit crowns of flowers in the tombs of Amílcar Cabral and João Bernardo “Nino” Vieira, in honor of the heroes of the struggle for independence.

The Portuguese President also provides tribute to former combatants Portuguese of the colonial war buried in the cemetery of Bissau.

On Monday, the president of the association of war disabled people, formed by Guineans who served in the Portuguese army, told Lusa that he intends to present Marcelo with a claim book that requires, among several points, the return of the Portuguese nationality to ex-Guinean soldiers.