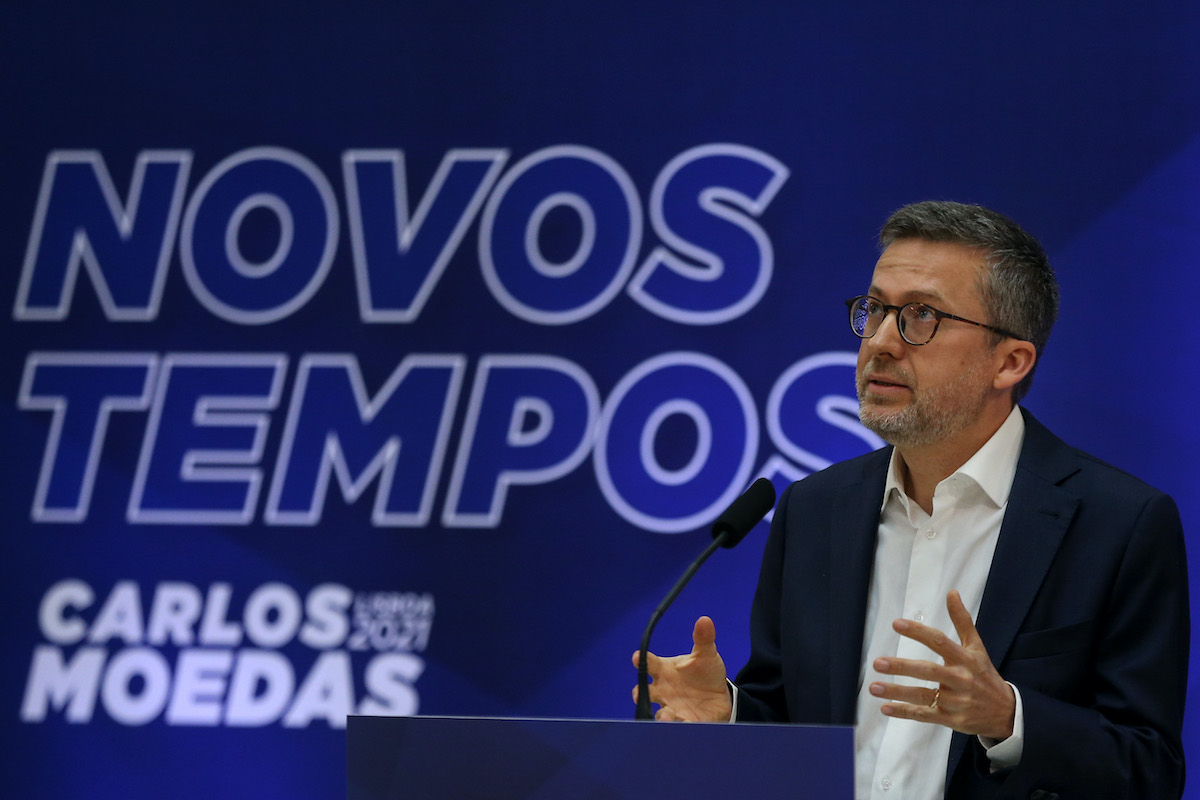 The Social Democratic candidate for the presidency of the Lisbon Chamber wants to create health insurance for people over 65 with economic difficulties and make public transport free for “grandparents and grandchildren”.

These were some of the measures announced by the head of the list of the coalition “New Times” (PSD/CDS-PP/PPM/MPT/Aliança) to the Lisbon Chamber, during the presentation of its electoral program, which took place this Wednesday, in the auditorium of the rectory of the Universidade Nova de Lisboa, in Campolide.

Defending that the central welfare state has failed and that the National Health Service (SNS) “does not work”, Carlos Moedas said he has a project for “Local Social State” which goes through “very concrete ideas, especially for those who are older”.

“In our city, we have 140,000 people who are over 65 years old. These people are abandoned, many of them. Many of them don’t have money for their medicines, they don’t have money to go to the doctor, they wait years for consultations, but nobody does anything”, he stressed.

The candidate estimates that the measure covers around 40,000 Lisboners.

In terms of mobility, Carlos Moedas argues that, of the five or six cities where he lived, “the worst transport is in Lisbon” and “that’s why people don’t use public transport”.

The Social Democrat thus inscribed in his electoral program the objectives of making the Metro reach Alcântara and Algés and promised “free public transport for grandparents and grandchildren”.

“All European cities and all cities in the world tend towards free transport. If I were someone else, I would promise you for 2025 or 2026 that I would do it, but as I am, what I promise is for today, it is not for 2025″, stressed Carlos Moedas, in an implicit criticism of the current Mayor and candidate for the autarchy , Fernando Medina (PS).

In the area of ​​Mobility, the candidate also highlighted the 50% discount proposal “in the EMEL car park for residents across the city”.

If elected, Carlos Moedas also intends to reduce the IRS rate in the capital, giving back to Lisboners in the first 100 days of office the “32 million euros that go to the Lisbon City Council”.

Also in terms of taxes, the former European commissioner proposes exemption from IMT – Municipal Tax on Onerous Property Transfers for young people up to 35 years old who buy own housing in Lisbon.

This is a measure that, together with the transformation of derelict municipal heritage into homes for young people, aims to increase the offer of housing for this age group in the capital.

In the Innovation chapter, Carlos Moedas highlighted “two very concrete projects”: transforming the “failed project of Hub do Beato” in a “true unicorn factory” (companies worth over a billion dollars) and to create the world center for the economy of the sea at the Pedrouços dock.

It also introduced the founder of Feedzai, Nuno Sebastião, as its commissioner for Technology and Innovation.

In Culture, the social democrat wants that “the Parque Mayer is a hub between theatre, education and science” and to advance with the proposal of “a theater in each parish”.

As major projects for the city, he highlighted the importance of “connecting the city to the Tagus since Algés to Cais do Sodré“, noting that this can be done through “the partial burial of the line or a surface meter so that Lisboners can access without barriers” to the river.