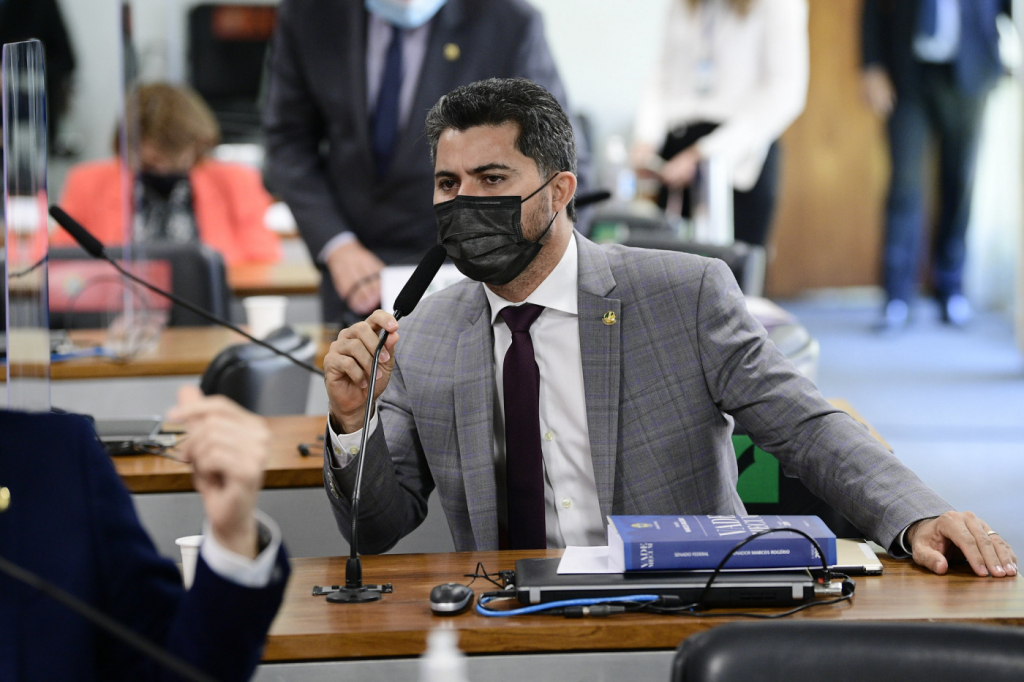 Parliamentarian affirmed that pre-candidates took advantage of the pro-impeachment movement of the current head of the Executive; he also said that he intends to present an alternative report at the end of the CPI

the senator Marcos Rogério (DEM-RO) assessed, on Monday, 13, that the protests against the president’s government Jair Bolsonaro (no party) held on Sunday, 12, were “opportunistic”. In an interview with Morning newspaper, the congressman stated that pre-candidates took advantage of the pro-impeachment movement of the current head of the Executive. “The demonstrations were clearly opportunistic. After the announcement of the great event of September 7th, political leadership, trade union centrals, political parties and some pre-candidates from the right, center-right, center-left and left joined in this movement. As expected, the event was unimpressive. What we realized is that the Brazilian population does not have the heart for an impeachment process”, assessed the senator, who adds that the union of movements like the MBL and parties like the PSOL was “irrational”. “To bring together leaders of a movement such as the MBL and leaders of PSOL, in the same environment, to defend an agenda like this, even though there is a common point between these participants, it is irrational”, said Marcos Rogério. “We had about five to six pre-candidates there for the Presidency of the Republic, which makes the failure of the event even more eloquent, because you had the seal of many pre-candidates there. It shows the inexpressiveness of this mobilization in front of the protagonists of the call.”, he pointed out.

Over the September 7th, the senator assessed that the posture of President Jair Bolsonaro in the letter in which he stated that he never intended to attack the powers was “humility” and demonstrated the “greatness” of the Chief Executive. “President Bolsonaro’s attitude was perhaps one of the most difficult to take, because it was a humble gesture. I can say that it would be much easier, considering the nature of the decision, to take radical measures and, above all, based on the popular support he had been receiving and is still receiving for more mature measures”, he said. “But we cannot categorically state the extent to which this measure would reach and what consequences we would have with such an attitude, reaching millions of people, including the most vulnerable, in addition to taking the institutional crisis to a level with no return. Areas like the economy would likely be deeply affected. As they had already been affected only by that movement of the 7th of September”, he added. “The president made this gesture of greatness on behalf of the country, but those who think he has gone back on his convictions about the excesses that are happening with the STF are mistaken.”

Senator Marcos Rogério stated that the absence of deponents in recent weeks ended up creating “narratives” in the internal environment of the CPI to Covid-19. “Last week, the entire debate was centered on the absence of testimonies from some who obtained medical reports. The truth is that this ends up giving narratives in the internal environment of the CPI. The fact that the deponent does not go is sometimes more used in political rhetoric than the presence itself”, he assessed. The parliamentarian believes the rapporteur Renan Calheiros (MDB-AL) and the other senators already have sufficient conditions to close the final report, but criticized the direction that the final document is taking. Marcos Rogério also said that he intends to present an alternative report at the end of the commission. “To strengthen the report, the rapporteur and the G7 prepare a text based on narratives. They have enough vote to approve the report, but I hope they don’t. I intend to present a vote that takes into account the whole of the tabulation in relation to the Ministry of Health, the federal government, state and municipal governments”, he said. The senator added that, given the elements investigated, there was no crime of responsibility on the part of the president.