Documentary shows influence of the dictatorship in Pelé’s career

Centeno. Liquidity is “abundant” but it is necessary to reach the economy

Eastern Governor: About one billion pounds to establish 3 sanitation projects

Dr. Mamdouh Ghorab, Governor of Sharqia, announced that 3 projects are being completed in the sanitation sector in the...
Read more

Pele in the 1970 World Cup: records of the greatest player (Netflix / Press Release)

The documentary opens with the atmosphere of an announced party: the moments that precede the 1970 World Cup final in Mexico, where Brazil became the three-time world champion when he beat Italy 4-1. It was the consecration of a generation of stars, but also the affirmation of a king: Pelé. But it is precisely his voice that one hears, off, making an alarming confession: “At that moment, I didn’t want to be Pelé”. And it is with this enigma that begins Skin, Netflix original documentary, which will be available in streaming from Tuesday, 23.

Directed by David Tryhorn and Ben Nicholas, the film is structured to justify such outburst. It is precisely this path that makes this documentary distinct from the others: yes, many goals are shown, as it could not be different, but Pelé’s rise in the world of football is of interest to the political environment, to the point that he is forced to review the decision not to play a World Cup again after the Brazilian failure at the 1966 World Cup in England, and to assume the obligation to win four years later in Mexico.

“Brazil before Pelé and Brazil after Pelé are two totally different countries in terms of cultural and national identity”, notes Tryhorn who, from the emergence of the greatest football player in the world, draws a parallel between his trajectory and that of the country itself.

Thus, Pelé’s surprising revelation in Sweden in 1958, when Brazil won its first title, and the victory in Chile, four years later, correspond to one of the most creative and economically positive phases in Brazilian history – success on the field found a reflection outside, in society.

The airs changed in 1964, with the military coup. Despite collecting titles at Santos, Pelé, who until then represented happy and well-played football, is injured at the start of the FA Cup in 1966, and Brazil is precariously disqualified. 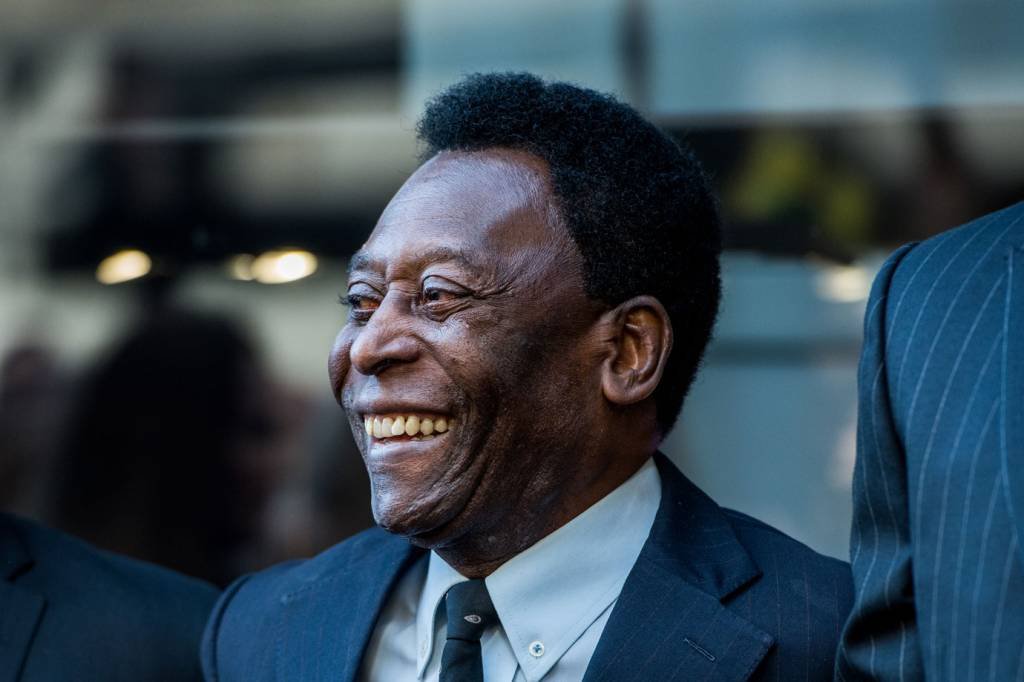 Pelé announces his desire to no longer compete in a World Cup – and this statement is one of the rare images in the documentary, found in the archives of RTP, Portuguese television.

The military regime, however, needed a worldwide achievement to consolidate the image of a successful country, albeit on the basis of deaths, torture and the impeachment of civil rights. The pressure is building in preparation for the Mexico Cup: I confess a communist, coach João Saldanha, who came to confront President Emílio Garrastazu Médici (“I don’t choose his ministers, and he doesn’t scale my selection”), so it is removed and Zagallo takes over, along with a technical commission made up of military personnel.

“We knew many things that happened in the country. Others did not,” comments Pelé, in the documentary, about the abuses of the dictatorship. “I was never forced into anything,” he adds, who also decided to return to the national team for a personal achievement: to show that at 30, he could still be world champion. Between the lines, however, it is evident that he felt the burden of responsibility imposed by the government.

“The documentary is perhaps the twelve-year journey of a boy who won a World Cup in 1958, and then became a man in the 1970s,” notes Italian filmmaker Mateo Bini. “Then you understand that when he wins that World Cup, Pelé is considered the savior, because it is he who is defeating that complex.”

It is also at this moment that the viewer comes to understand the meaning of the opening sentence of the film, when he says that he would not like to be Pelé at that moment. It also becomes understandable the compulsive crying that dominates him when he approaches the final stadium against Italy, surprising the other players, as well as the three loud cries of outburst he gave in the dressing room (“I didn’t die,” recalls Rivellino), after the conquest.

The return to Brazil and the meeting with Médici, in Brasília, are delicate moments of the documentary. Former player Paulo César Caju analyzes the scene of the embrace with the president as a social demotion. “Pelé resumes the ‘yes, sir’ position,” he says. In return, Pelé claims to have helped Brazil with his brilliant football more than the politicians, “who earn to do that”. In a way, most interviewees for the documentary endorse this, saving you from moral condemnation.

The film also brings other precious moments. Like Pelé’s arrival in the room where he gave the interviews: leaning on a walker, he pushes the device out of the camera’s focus as soon as he sits down. “We don’t plan this,” says Tryhorn. “We felt it was important to show that one of the greatest athletes had problems walking, but he still doesn’t accept that.”

Among the various interviewees, two family members stand out: Sister Maria Lúcia and Uncle Jorge Arantes, who remember Pelé’s childhood, especially when he worked as a shoeshine boy to help at home. And it is just the simple image of the football king drumming on a shoe box that closes the documentary.

Centeno. Liquidity is “abundant” but it is necessary to reach the economy

Eastern Governor: About one billion pounds to establish 3 sanitation projects

A terrible picture of the torture of France, Islam Alloush, the former spokesman for the “Army of Islam” in Syria! | A...

Great Catch: Fielder who reacts in an unimaginable way .. comes from off side to leg side and floats in the gall .. –...

Great Catch By Filder: Cricket is a collection of unimaginable developments. Until then the team that...
Read more

In the wake of the graduate MLC elections in Telangana, the wave of challenges between the parties...
Read more