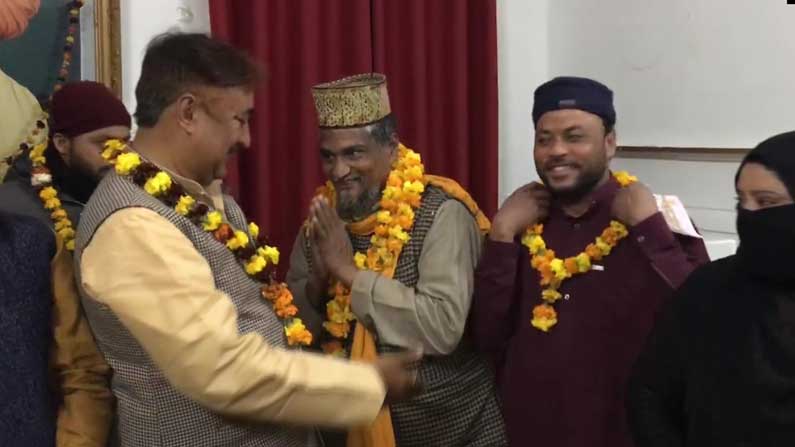 Donations for Ram Mandir: Donations are being made for the construction of Ram Mandir in Ayodhya. That religion is called e religion ..

Donations for Ram Mandir: Donations are pouring in for the construction of the Ram Mandir in Ayodhya. People of all religions, regardless of religion or creed, are doing their part to help build the Ramayana. Recently, a Muslim family from Faizabad, Uttar Pradesh, made their donation to help build the Ramalaya. The donation was handed over at the Ram Bhavan in Faizabad. On this occasion, the organizers of the Ram Bhavan honored the Muslim family members. Congratulations to them. Whereas, ‘We are all Hindustani. Our religions may be different, but our regions are not. Nothing came from a foreign country. Our ancestors were born on this earth. All Hindus and Muslims are united in brotherhood, ”said a Muslim family member who made the donation.

Meanwhile, some Christians in Bangalore also made huge donations for the construction of the Ayodhya Rama Mandir. Entrepreneurs and academics from the Christian community have raised Rs. Crore donation announced. The check was handed over to Karnataka Deputy Chief Minister Dr CN Ashwatthanarayana.