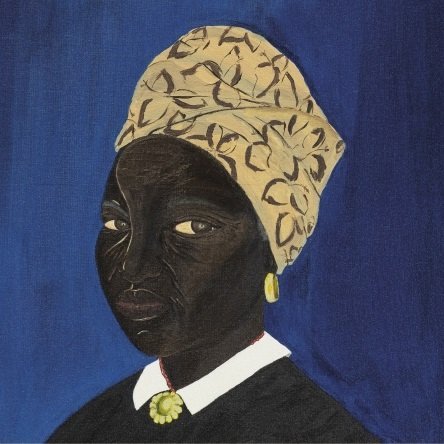 Born in Bahia in 1755, Father Joaquim de Souza Ribeiro graduated in law in Coimbra and obtained, in audience with Pope Pius VI, permission to be a missionary in Spanish America, where he was possibly the only Brazilian to witness the Haitian revolution.

Between comings and goings, he was arrested twice, tried to contact Napoleon Bonaparte and traveled through different parts of Europe and the Americas. This cinematic life – almost a Forrest Gump of the Age of Revolutions – is just one of more than 500 people portrayed in the Black Encyclopedia, a monumental work organized by historians Flávio dos Santos Gomes and Lilia Moritz Schwarcz and by artist Jaime Lauriano.

Following the maxim of the journalist Eliane Brum, for whom “it is more difficult to find ‘one in a million’ than to find a million”, the Encyclopedia Negra emphasizes the individual’s narrative to humanize the story. Instead of talking about the huge numbers of Africans kidnapped and enslaved in Brazil and other Afro-Atlantic routes, the book chooses to shed light on private dramas, many of which little or nothing is known, in order to show the ordinary people whose lives were marked by the gears of history with a capital H.

In an encyclopedic format, the work features individual or collective entries that narrate, in a few lines, the lives of black people, some born in Brazil, others brought here, some famous and others anonymous. Religious leaders, writers, musicians, politicians, sportsmen share space with ordinary people about whom little is known, but whose lives offer glimpses of a Brazil more diverse than the story told in school desks usually suggests.

“Our desire is to change the imagination of Brazilians. We have an official historiography that is still very European, very colonial, very masculine”, says Lilia in an interview with Estadão. “We have known episodes, but we have no role for this population of African origin. We know very little what these lives are. Sometimes we do not even know the dates of birth and death.”

“This book could only be written based on a critical historiography in Brazil that dates back to the late 1980s,” says Flávio to Estadão. According to him, the process of research and organization of the work depended, to a large extent, on the search for collections and on the literature that already exists for characters that may have been neglected. An example of this is that the authors challenged themselves to match the number of men and women portrayed. “It is like an education in reading and looking: looking for women, locating black women, a silence within the silence.” 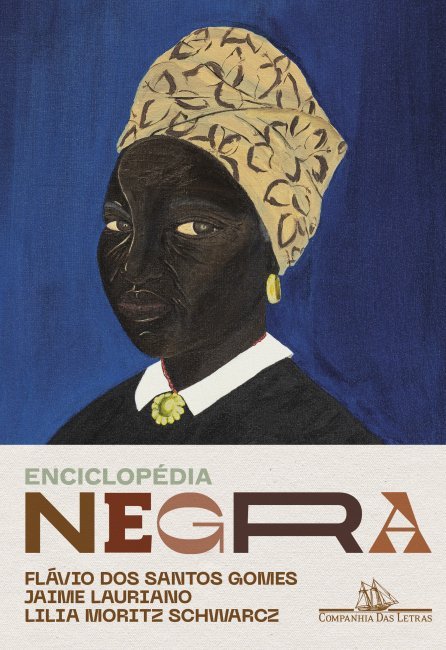 For Lilia, by deconstructing the official history and refounding the collective imagination of what black experience is in a country like Brazil, the Black Encyclopedia was intended to be less academic and more inviting to the general public. “The idea is to bring more subjectivity and not to summarize this encyclopedia to a history of slavery. We show that there were enslaved people, rebels, yes, but also tailors, photographers, mothers who flee pregnant so that their son remains free, stories of a reporter, a clown, Afro-Atlantic characters who came from Africa to Brazil, then to the Caribbean, United States … “

Many of these stories, like that of Father Joaquim, mentioned at the beginning of this article, would make great material for art. “Each of them can result in a novel, a novel, a book, a comic book, or just arouse affection, because they aim to affect the audience at the level of affection, so that the audience feels touched by these stories”, says Lilia. However, despite these plots, it is in the simplicity of anonymous lives that a hidden glow of the Encyclopedia resides. “We were always looking for not spectacular characters, but we went after ordinary people”, guarantees Flávio.

In this great mosaic, Lilia and Flávio sought to maintain not only gender balance, even finding rare transsexual characters in the first centuries of Brazil, but also a certain parity in the representation of States, bringing stories from all regions of the country, including from places that still they were not officially part of Brazil during the lives of these biographers, such as Acre and Mato Grosso do Sul. There was also a concern to bring up narratives passed down through the centuries, not just attending to a period.

“The only criterion is that the person should have died by the time of publication,” explains Lilia. “We made an addendum to the introduction to include the story of Beto Freitas, because we didn’t think we could put that aside,” says the historian in reference to the black man killed by security guards at a Carrefour unit in Porto Alegre.

Perhaps this diversity is the great merit of the work: rescuing a silence, sometimes for decades, sometimes for centuries, voices suppressed by the violence on which Brazil was built. “Silence has a thunderous sound, because it is like silencing innumerable lives”, concludes Flávio. “These people have always been part of the history of Brazil, we have chosen to make them invisible and silent”, agrees Lília.

In addition to the written entries, the Encyclopedia Negra features 36 portraits produced by artists of different techniques, ages and styles, including comic artists (such as Marcelo D’Salete, author of highly relevant works in recent years), painters, photographers and others. And another 80 portraits are added to these in an exhibition that will open at the Pinacoteca when the pandemic situation eases.

Jaime Lauriano, who was the visual curator of the work, said that he tried to draw parallels between portraitists and those portrayed: “I sought out the artists who had the most in their poetics to be close to the themes we were working on. the biographed, the portrayed, and the life of the retracting artist “. For him, one of the most interesting processes in this matter was “to study the artist’s poetics and understand how its aspects resonated with the history of the biographer”.

In addition to making the portraits become “materializations of the life of the biographers”, Jaime points out that the 106 works will be donated to the Pinacoteca collection after the exhibition. “We wanted to make an intervention in Brazilian art, because the Pinacoteca has the largest collection of portraits in Brazil, but the majority are white people. When we arrived with 106 works within this collection, and the Pinacoteca never had a donation of this volume, we made a intervention in the notion of what a portrait is, a reflection on one of the oldest canons in the history of art, which is the portrait “.

For Jaime, the portraits are not a mere complement to the Encyclopedia: “The project as a whole is a way of debating and deconstructing the canons”.