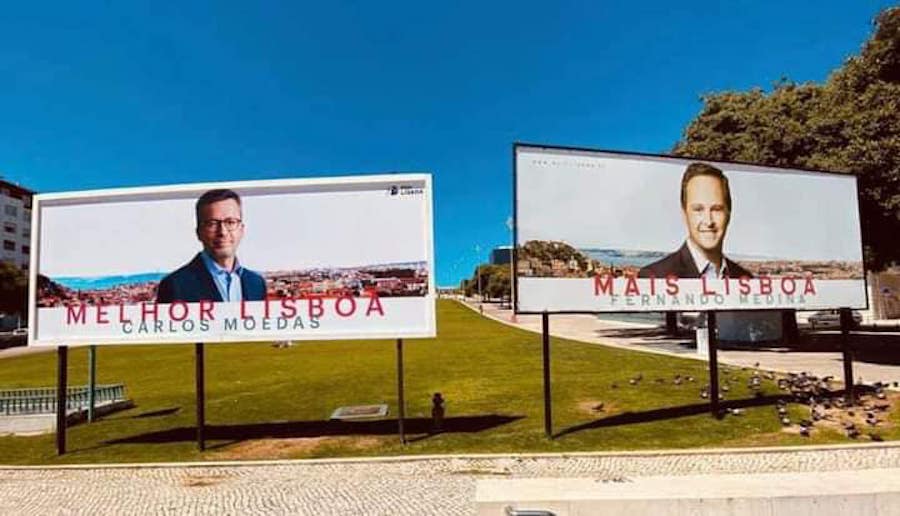 You outdoors that decorate the streets of several cities in the country are a frequent element of municipal elections. The law imposes rules for posting electoral campaign material, but there is a legal vacuum regarding the deadlines for its removal.

Already passed 13 days since the Portuguese went to the polls, but there is still outdoors, posters or banners forgotten in the streets of the country.

Speaking to Jornal de Notícias, Inês Sousa Real, spokesperson for the PAN, said that, until the beginning of next week, the canvas of the 19 will be replaced. outdoors and 120 billboards and posters used during the campaign period were removed. “It doesn’t make sense to continue to have electoral propaganda, despite the law does not require its immediate withdrawal.”

The local coordinator of the Liberal Initiative (IL) also assured that the canvas on the billboards began to be removed soon after the elections. “We see politics as an act of responsibility. We can’t leave visual trash on the streets“, said Bruno Mourão Martins to JN.

Tanto or PAN as or IL will replace the canvas with other messages. This initiative is joined by the Left Block, which is thinking of replacing the images of candidates for local authorities with political messages.

Regarding the mupis, a party source said that they are placed and removed by members of the Bloc. Also to Jornal de Notícias, the CDS assured that “the removal of all material from the street was started the day after the elections, a process that is not yet finished”.

The PCP also confirmed that the “procedure of renewal of the advertising message” has already been started, as well as Chega, while the PS kicks the responsibility for local nominations.

JN tried to contact the social democrat Hugo Carneiro, but did not get an answer until the end of the edition.