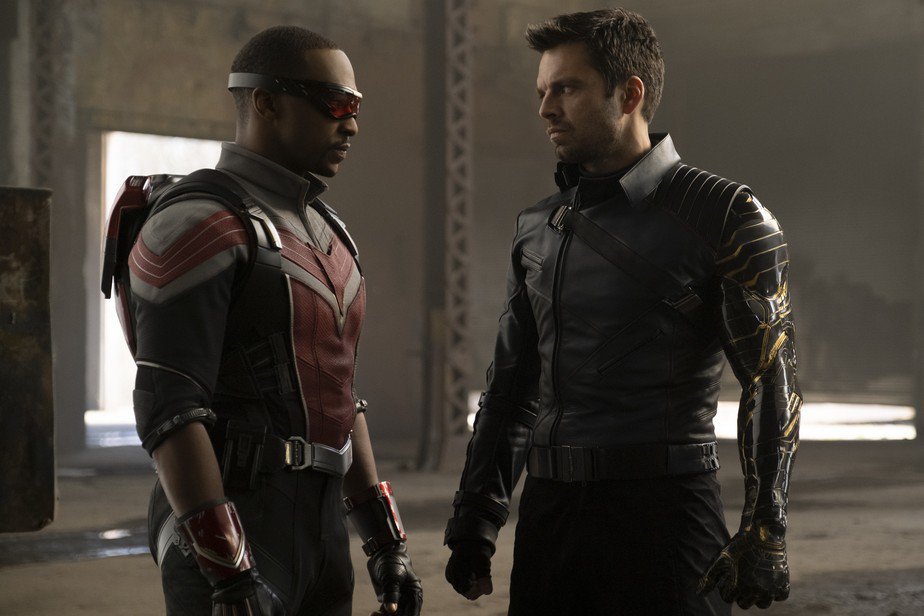 What happens to the world after a global tragedy, when there is no leadership – or, if you prefer, heroes – to take responsibility for putting things on the right track? In our world, as we can see, it is chaos. In the Marvel Cinematic Universe, too, as we can see from this Friday, 19, in Falcão and the Winter Soldier, at Disney +, bringing together the two friends of Captain America who never got along very well.

The six-episode miniseries, which arrives two weeks after the end of WandaVision, a hit for Marvel and Disney +, returns to the universe shortly after the “blip” (or Thanos snapping), which has disappeared with half the population for five years. “If we compare the blip with the covid-19, it is a very familiar world,” actor Sebastian Stan, who plays Bucky Rogers, also known as Winter Soldier, told Estadão. “The overall energy of the world is very similar. There are several things in the series that are very similar to what we saw last year, with people trying to know what it will be like next, without a leadership and without a moral compass.”

The missing ethical north, in this case, is Captain America Steve Rogers, played by Chris Evans for eight years. In Avengers: Endgame, Captain America appeared as an old man, saying he went back in time shortly after helping to defeat Thanos and lived his life. He gave his famous shield to his friend Sam Wilson (Anthony Mackie), also known as Falcon. So, do you mean Sam is now Captain America? It is not that simple. “When he received the shield, Sam already showed some hesitation and fear at the idea of ​​becoming Captain America, because he thinks this is Steve’s title,” said Mackie in an interview with Estadão.

Chief screenwriter Malcolm Spellman (Empire) said the story of Falcon and the Winter Soldier is not obvious. “The two characters have a personal connection with the shield and there is also a political side to what the government thinks Captain America should be,” he said. In the trailer, you can see that the shield itself plays an important role and to see that there is a new Captain America, and that he looks nothing like Sam or Bucky. In fact, it is the American Agent (Wyatt Russell), chosen by the American government to replace the hero. But Spellman also revealed to Estadão that he was excited about the possibility of writing the first black American superhero in the Marvel Cinematic Universe, with all the implications of that – would he be readily accepted, in a country full of the scars of slavery and suffering with white supremacy? “That’s why I fought so hard to be part of the project,” he explained.

The post-blip world is not an easy place to live. “We are going to show how the people who have returned are fitting into society. And what is this world like without Captain America, without Iron Man, without the Avengers?” Said Mackie. For Malcolm Spellman (Empire), everything is out of order.

“Not just the economy,” he said. “For example, if you disappeared, your house was empty for five years. Probably, when you return, you will find someone else living there.” So much uncertainty and disruption make room for a lot of dissatisfaction and revolt. “Even the villains and the conflicts in history are rooted in something that unifies the whole world, which certainly seems relevant today, when we have the virus. The spirit of the post-Thanos world is similar,” said Spellman.

In the Marvel Cinematic Universe, this makes room for ill-intentioned people to reappear, or people who think they are well-intentioned reveal that they are willing to cross all borders in the name of their ideas. Zemo (Daniel Brühl), the man who hates the Avengers because of his parents’ death in Sokovia and who appeared in Captain America: Civil War, is back, now wearing his purple comic book mask. And another band of masked men also emerges from the chaos in which the world is plunged – they are expected to be followers of Flag Smasher (known in Brazil as Stateless), an anti-nationalist. “We need the villains, right? Because they are the compass,” said Stan. “But the series gives the audience a chance to take a good look at these characters and decide whether what they’re doing is right and wrong, because it’s not black or white.”

In terms of tone, Spellman defined Falcão and the Winter Soldier as one of those stories of two partners who are not always friends and who live at odds with each other. “The miniseries are studies of these characters,” said director Kari Skogland (The Walking Dead). The extended time gives you the chance to get to know them better. “People are going to realize how Sam was a normal guy before all of that,” said Mackie. But fans can expect a lot of action too, when the two go around the world trying to find out what’s going on. “We did a six-hour Marvel feature,” said Skogland.