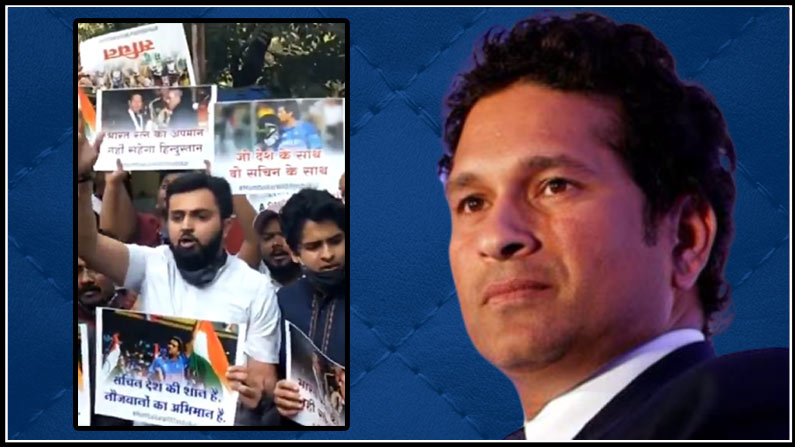 Cricket legend Sachin Tendulkar’s tweets on farmers’ protests have drawn criticism from hundreds of fans in Mumbai on Wednesday.

Cricket legend Sachin Tendulkar’s tweets on farmers’ protests have drawn criticism. Hundreds of fans gathered at his home in Mumbai on Wednesday. They declared that we are all yours. Wearing placards and posters with Sachin’s image on them, they reached there early in the morning. Tendulkar recently tweeted that foreign powers should play a mere spectator role in the farmers’ protests, that they are not participants and should not interfere in India’s internal affairs. The cricketer reacted similarly after tweets from pop star Rihanna and climate change activist Greta Thanberg. However, many criticized him on social media and outside. Eddewa said that this ‘Bharata Ratna’ is being uttered in support of the Center.

NCP leader Sharad Pawar also gently advised Sachin to be careful in expressing his views on issues other than cricket. This is expected to be a strong signal to Sachin in a way.

Fans gather outside cricket legend @sachin_rt‘s residence in Mumbai to express their support for the Master Blaster after his tweet on #FarmersProtest invited criticism. pic.twitter.com/LgmxOzecNS