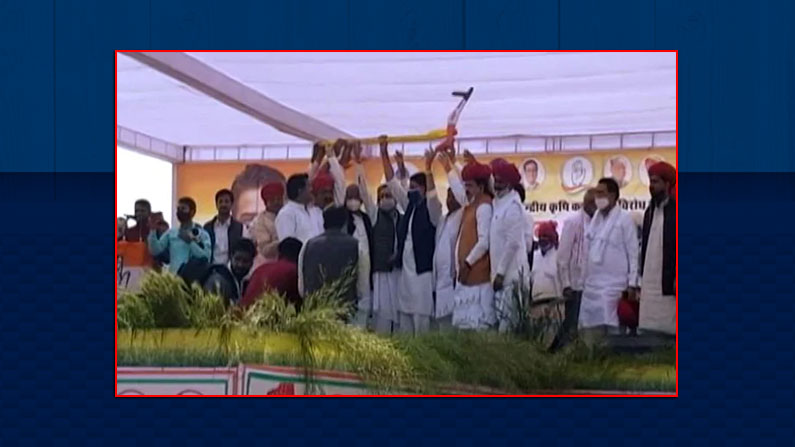 Controversy erupts in Rajasthan Congress over support for farmers’ agitation. Indirect squabbles have started between CM Ashok Gehlot and senior party leader Sachin Pilot. (Last year, their feud lasted for more than a month and was resolved on the initiative of Rahul Gandhi and Priyanka Gandhi. The two reached a reconciliation). Now Rahul has called for support for farmers ‘agitation across the state and a farmers’ rally was organized on the 12th and 13th of this month under the auspices of CM Ashok Gehlot. Sachin Pilot was not present at the rally. No one from the Gehlot camp attended the Sachin-led rally near Jaipur on the 19th of this month (Friday). The pilot was accompanied by 17 colleagues and a few others. (On these 17 days, he has been supporting Sachin). The pilots were present at a large gathering of farmers in Jaipur yesterday. That is to say, the matter of the peasants became their own way.

Observers feel that there is a show of strength of just two categories. However, some senior leaders commented that there was no factionalism in the party. They said they were holding rallies in support of food donors in the respective districts. Even Sachin Pilot did not give much importance to this. The words of the peasant leaders that their political concern should not be allowed to enter any political party, that there should not be a single political leader on stage and that they should not be given a mic are becoming watered down.