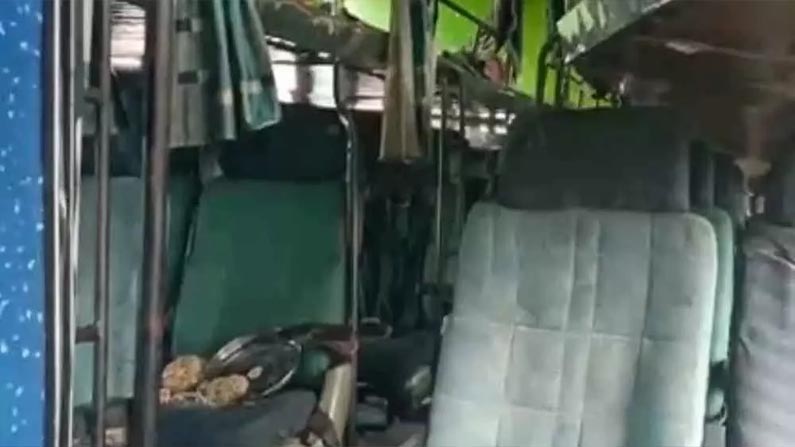 A private bus caught fire due to electric wires. Four people were killed in the incident.

Four killed in electrocuted : Ghora road accident in Tamil Nadu. A private bus caught fire due to electric wires. Five people died on the spot and up to 10 others were seriously injured in the incident. The incident took place near Thiruvaiyaru in Thanjavur district. The accident took place when a private travels bus was heading towards Thanjavur while laying power lines at Thiruvaiyaru, local police said. With this, the entire bus was supplied with electricity at once. Passengers traveling in the bus were subjected to a current shock. The incident caused heavy traffic congestion on the highway. Police reached the spot and are carrying out relief operations. The injured were rushed to a nearby hospital for treatment. More details are yet to be revealed.