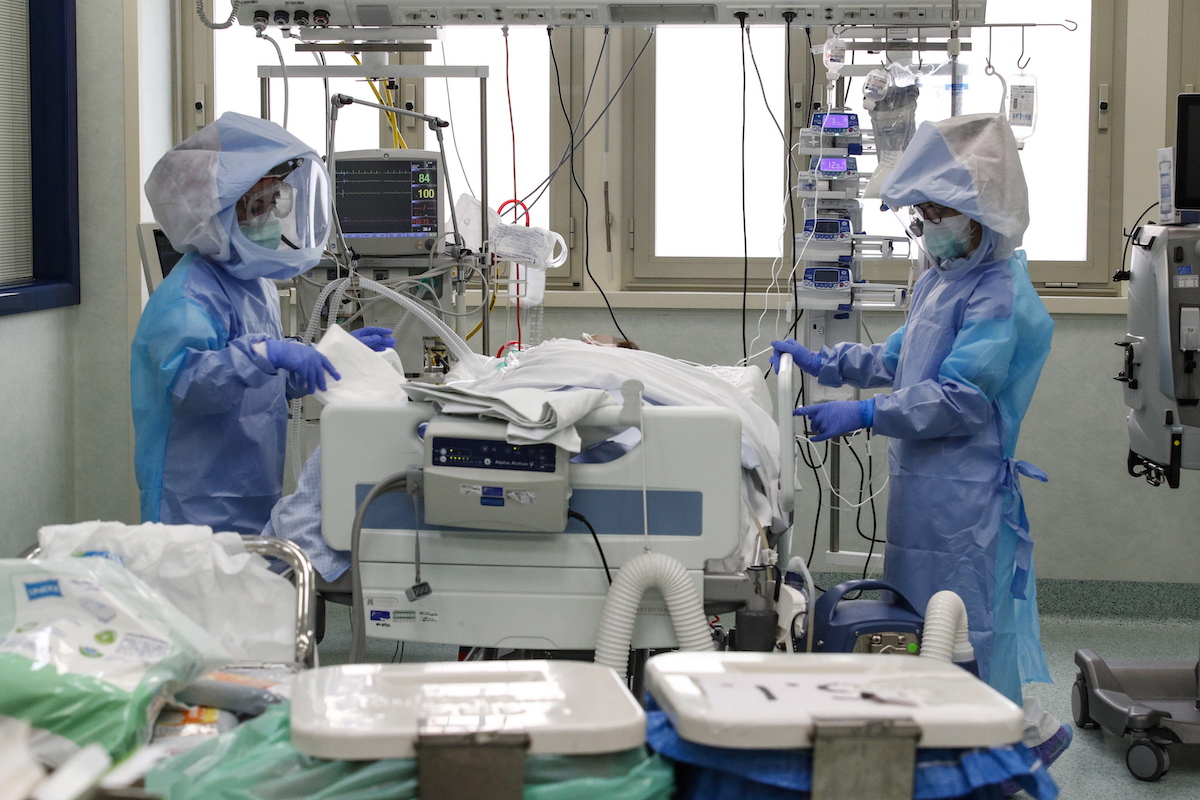 Twenty-three Portuguese and European institutions sign this Monday the “Declaration of Porto”, a document they intend to send to the European Union (EU) and which contains 19 measures aimed at making European health systems more inclusive.

“The declaration has two priorities: health and Europe. For most Europeans, the issue of health is the most important issue of all. Europe without resilient, sustainable health systems that provide access to citizens, has no future, ”said Óscar Gaspar, vice president of the National Strategic Health Council of the Confederação Empresarial de Portugal (CIP), one of the signatory institutions of the document.

The “Porto Declaration”, prepared by a “cluster private health: reference partner for sustainable health ”, is signed at 10:30 am at Palácio da Bolsa, in Porto, the same city that hosts the Social Summit on Friday, an initiative presented as a central moment of the Portuguese presidency of the Council of EU, which ends on 30 June.

To Lusa, as spokesperson for the signatory institutions representing various sectors, Óscar Gaspar said that the choice of Porto to sign this declaration is “symbolic” and that, “knowing that the EU summit, being social, does not cover the health part“, The 23 entities’ initiative“ complements what will be discussed by European leaders ”.

“We understand that it is politically opportune to call attention to the importance of health. It was possible to reach consensus among associations as different as the pharmaceutical industry, pharmacies, private hospitals, outpatient providers, imaging, clinical analysis, insurance, technology. This serves as an example that it is possible, in an area as complex as this, find consensus“, He pointed out.

Analyzing the recent reality that represents the coronavirus pandemic, the CIP leader considered that “today it is clear that Europe’s starting position for the covid-19 crisis was fragile” and, using examples related to the use of masks, ventilators and medicines, “it was clear that Europe started to fight against covid-19 in a non-articulated way and each one for himself“.

“E rapprehensively realized that we had to be articulated, European policies were really needed. On the other hand, Europe has realized, or is realizing, that when it comes to strategic sovereignty and competitiveness, one of the areas of competitiveness is exactly health. We are in favor of globalization, but it is not permissible for Europe to be dependent on third blocs, namely Asia, to acquire equipment or consumables ”, he added.

In this context, point 6 of the declaration signed this Monday reads that “for the EU to assume the global leadership of a true economy based on knowledge and innovation, but also on independence and competitiveness, it is necessary to invest in a stable, predictable and shared regulatory framework that encourages research, the development of solutions to problems still unanswered and the provision of technological and industrial capacity that make Health more European, more innovative and more sustainable ”.

In point 7, the 23 subscribing institutions defend that “the ability to attract investment to the development of future innovations in Health, for the benefit of patients, depends on the EU’s ability to ensure the global competitiveness of the European Industrial Property legal framework, in a clear and unambiguous regime, and on incentives for innovation ”.

Safeguarding that “it is not at issue the national competence of each country to have its health system and organize itself as it wishes”, Óscar Gaspar said that “it is important that Europe guarantees that citizens have access to health care in time and hours ”, which is why the“ Porto Declaration ”encourages Europe to invest in aspects related to digitization and technologies.

“I would say that if there is a sector in which digitization has a revolutionary impact, it is health and not just for simplification of processes and on more telemedicine guaranteed and teleconsultations, but in the very way in which health data can be used for the benefit of citizens. The electronic health record is very important“, Defended the vice president of the National Strategic Health Council.

“The EU’s digital health strategy must serve Europeans, define standards, safeguarding the confidentiality and security of personal health data and people’s confidence in sharing their data with the health system to support health research and decision-making, ”the document reads.

In point 16 of the declaration, it is argued that “the adoption of integrated and continuous health care delivery based on added value for people, society and health systems, as well as equity in access and sustainability that ensures quality, safety and personalization, namely by promoting the incorporation of results reported by patients in supporting decision-making in health”.

Óscar Gaspar, also president of the Associação Portuguesa Da Hospitalização Privada, highlighted points in the “Porto Declaration” that meet the conviction that “there must be an articulation between the public and the private sector in order to solve health problems” .

The document reads, moreover, that “the private health sector, in its multidimensionality, is a strong and knowledge-based industry that is fundamental for economic recovery and for an effective response to new societal challenges at a time when the EU is taking over. need to invest in industrialization and innovation ”.

“Resources are always scarce and the private sector has skills, investment capacity that must be placed at the service of greater resilience and sustainability of health systems”, said Óscar Gaspar, adding that the group signatory to the declaration wants “urge Europe to break down artificial barriers that exist between some areas ”so that“ everyone works for what is the common good ”.

And, using a recent phrase by the Minister of Health, Marta Temido, who highlighted the ability of private hospitals to work “shoulder to shoulder” with the National Health Service (SNS) to fight the pandemic, Óscar Gaspar underlined that “there are competencies different from the public and the private side ”, but guaranteed the private availability “to collaborate more and better strengthening health services ”.

The “Porto Declaration” which aims to “contribute to health systems that are more inclusive, more focused on people and health promotion, more resilient, more sustainable, more innovative” will be sent to the European Parliament, the Council of the European Union and the Commission European Union.