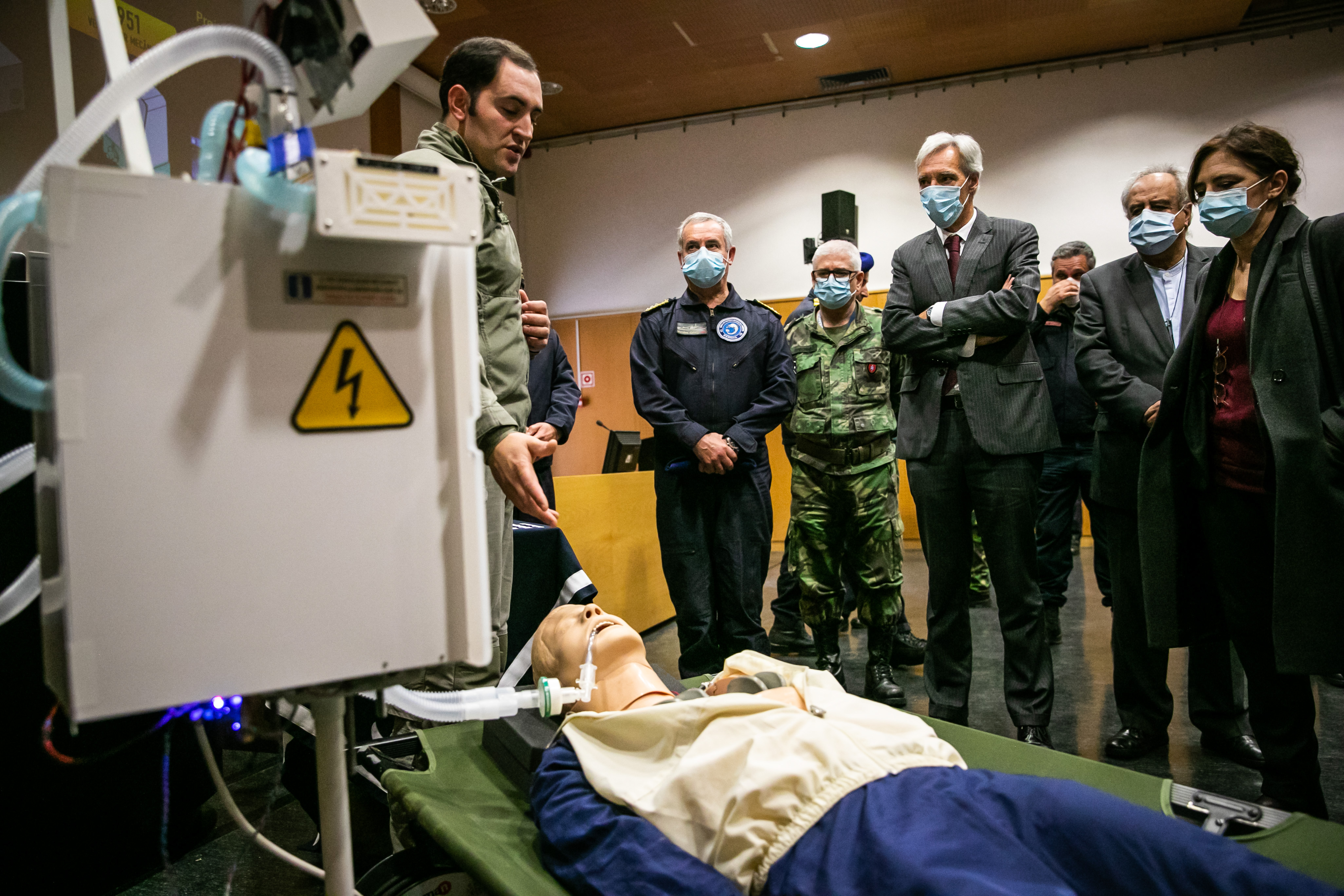 The departure of José Miguel Fernandes from the presidency of the Administration of Arsenal do Alfeite, last January, took everyone by surprise, as he only spent 8 months in the position. That same month, he was hired by idD – Portugal Defense, the company that manages Alfeite, and now the PSD wants explanations from the Government.

The Defense coordinator at the PSD bench, Ana Miguel dos Santos, asks Defense Minister João Gomes Cravinho for an explanation, considering that “what is happening at the Ministry of Defense doesn’t stop surprising“, as per statements to TSF.

“The PSD is very concerned about the defense industries, news of appointments and removals at idD, what was born as a platform to support companies seems, without a doubt, to be transformed into a interest platform“, laments the PSD deputy.

Ana Miguel dos Santos notes that, in just two years, idD “had three boards of directors”. In addition, “the investment plan that was announced has yet to come off the paper, he is dying“It simply came to our notice then.

“What we fear is that what happened to Arsenal do Alfeite will happen to Naval Shipyards of Viana do Castelo, even because those responsible are the same”, points out the PSD deputy.

“This has been going on no king nor castling and that is what is worrying”, laments, in his turn, the communist deputy António Filipe, also speaking to the TSF.

“They have always been the same, the personnel of the top structures of the defense industries are turning from one to the other, it’s not something that amazes me beyond that”, says António Filipe.

“It’s not an easy thing to understand”

José Miguel Fernandes was only eight months in the position Chairman of the Board of Directors of Arsenal do Alfeite. Last January, he resigned alleging “personal reasons”.

But that same month, it was hired as an advisor at idD – Portugal Defense, the company that manages Arsenal do Alfeite, to “work in the context of preparing a comprehensive study on the Defense Economy”, as the president of that company, Marco Capitão Ferreira, explains to TSF.

In the Alfeite Workers Committee (CTA), the situation is seen as “extremely curious”, according to statements by member António Pereira to TSF.

“It’s another one of those [casos] that happens in our country. It’s not an easy thing to understand, leave for personal reasons and then have availability to be in idD”, points out the CTA member.

But the case of José Miguel Fernandes is not unique. In February 2021, TSF reported that idD had hired, “for the second time in a year, in a ministerial office.“.

In addition, the station still notes the Alberto Coelho’s appointment to EMPORDEF – Tecnologias de Informação SA after being held responsible for the slippage of more than 2 million euros in the works of the former Hospital Militar de Belém.

PSD wanted explanations, but PS and PCP did not allow

In January, when José Miguel Fernandes resigned, the PSD wanted to hear explanations in Parliament, but PS and PCP did not allow it, with votes against the socialists and the abstention of the communists.

At that time, a member of the CTA, Rui Ferreirinha, expressed, in statements to Diário de Notícias (DN), his surprise with the arrival and departure of José Miguel Fernandes in just eight months.

“What makes us more confused is realizing what you came here to do in the end this person. We remember that in the past I had left through the back door of the company [tinha sido vogal do Conselho de Administração da Arsenal do Alfeite, S.A., de onde saiu marcado por várias decisões polémicas, como despedimentos de técnicos especializados e em ruptura com a Marinha, incluindo conflitos com o então comandante da base do Alfeite] and returns in 2020, by the hand of the Minister of Defense, who presents him as someone he trusts. It was the team he trusted and does the Chairman of the Board of Directors leave after eight months?”, asked Ferreirinha, as mentioned by the DN at the time.