Arya Praises Sayyeshaa Saigal: Arya and Sayesha Saigal are one of the...
Read more

Without any background support .. Natural star Nani is emerging as a top hero in the movie industry. Started his career as an assistant director in the film industry.

Happy Birthday Nani: Without any background support .. Natural star Nani is emerging as a top hero in the movie industry. He started his career as an assistant director in the film industry and accidentally became a hero. Along with distinctive acting .. Nani’s style of making different films. Nani’s natural acting will impress everyone as long as they watch the movie. Nani looks like the boy next to our house. That is why Nani is entertaining in her own style in the industry as a natural star. 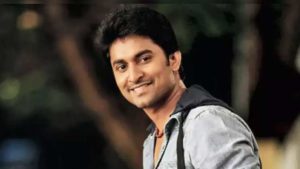 Initially when Nani was working as an assistant director .. Ashtachemma was doing film. At the same time acquaintances asked him to do a hero character in the movie and he inadvertently agreed. Nani’s journey, which started with ‘Ashtachemma’, continued to entertain the audience till the recent movie ‘V’. Natural star made a name for himself with his first film and received a series of offers. After that Rajamouli got a chance in the movie itself. Rajamouli recognized the talent of director Nani and played the lead role in his film ‘Eega’. With ‘Eega’, Nani’s stardom also skyrocketed on Rivu. Nani is stepping up to retain the stardom she got. Laying a big platter for diversity. After that Nani rose to the range of releasing two films in one day. The Nani Range can be said to have changed if the films “Evade Subrahmanyam, Kapiraju on the Flag” were released on the same day in the same order. One of them impressed Janan. Another convinced the audience .. For me, the movies came out well in the year 2015. Then he released two films on the same day and entertained .. Nani, who was released last year, entertained in line with the title ‘Bhale Bhale Magadivoy’. With that hit, Nani’s grip on the picture increased even more. The year 2017 showed two super hits for Nani. Nani, who turned out to be ‘I’m Local’, later impressed as a ‘Middle Class Boy’. 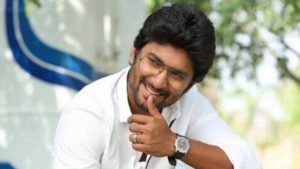 In the field of production ..

Nani became a producer while entertaining as a hero on the silver screen. His first film as a producer was ‘Ah!’ Built. The film opens with a diverse storyline. Vishwaksen then went on to produce the hit film ‘Hero’ and received critical acclaim. Nani has been in the industry for twelve years. Still Nani is entertaining everyone with her natural acting. Nani has completed 25 films so far. Nani starrer ‘V’ was released on OTT with the lock down in the background of V movie Corona which was released as the 25th movie and registered success. ‘V’ came up on the big screen when the theaters opened. However, ‘V’ did not make much noise on the big screen as “First Impression is the Best Impression”. Soon people will be coming forward with Nani ‘Tak Jagdish’. His other film ‘Shyam Singarai’ is on the sets. Apart from these, you should be receiving more offers and entertaining the audience. Happy Birthday to Natural Star Nani. 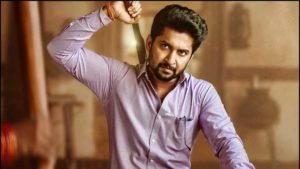 Will the psidi grow again ..?

The Steel City in the state of Andhra Pradesh is collapsing. The agitation by steel workers...
Read more

It is well known that the Yuga Tulsi Foundation Chairman Kolishetti Sivakumar is demanding the Central and State Governments to stop the increasing number...
Read more