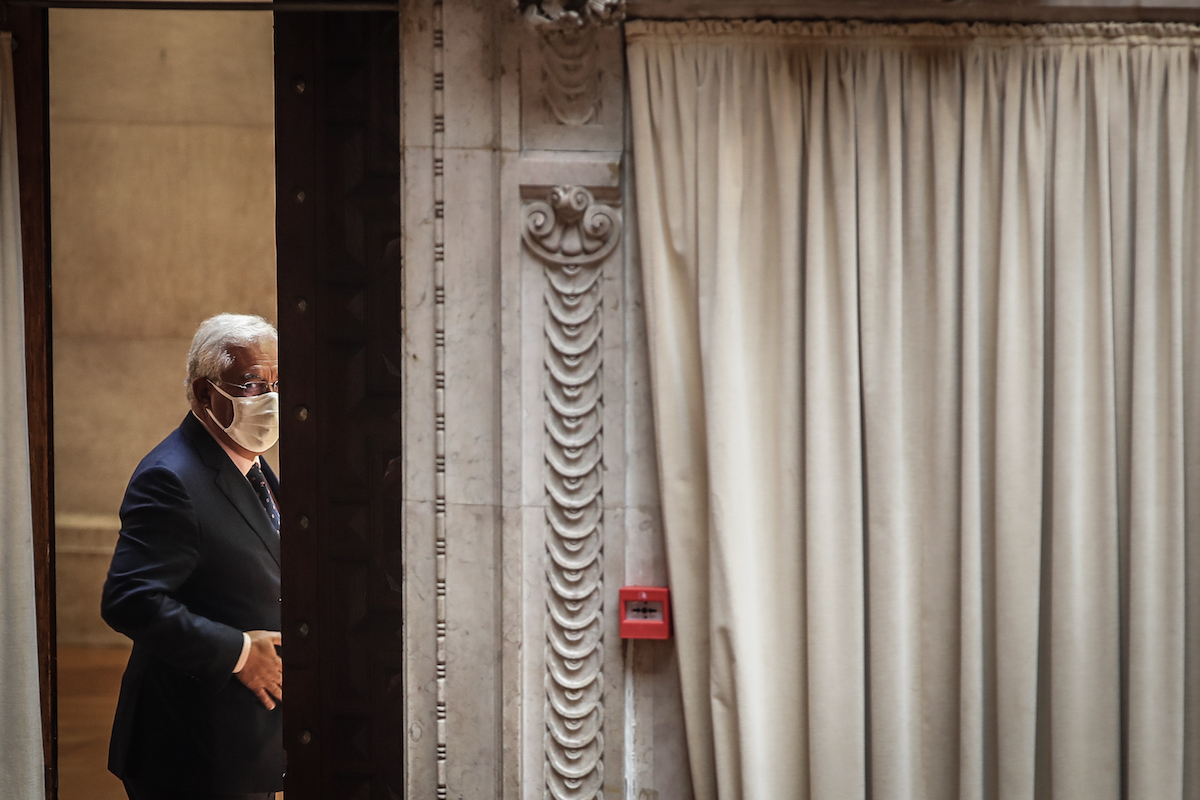 The prime minister opens, this Wednesday, the debate on the State of the Nation, in the Assembly of the Republic, in which the Government and the parties will analyze, for almost four hours, the situation in the country.

After the prime minister’s initial intervention, António Costa, which can last up to 40 minutes, the parties will be entitled to requests for clarification and interventions, in the following order: PSD, PS, BE, PCP, CDS, PAN, PEV, Chega and IL.

The leader of the PSD, Rui Rio, will be absent due to the death of a close family member, the party’s official source told Lusa.

The closing of the debate is the responsibility of the Government, which has 10 minutes. Usually, it is a minister, not António Costa, who makes that speech. In 2020, it was the Minister of State and Presidency, Mariana Vieira da Silva, and the previous year, the then Minister of Finance, Mário Centeno.

The beginning of the plenary is scheduled for 3:00 pm and the time schedule foresees 230 minutes and 30 seconds of discussion, in other words, almost four hours.

According to Diário de Notícias, António Costa is expected to take advantage of his speech to mark the beginning of the end of a cycle in governance, marked by the pandemic, and the beginning of a new one, in which the millions that will begin to arrive can be seen. of the European Union.

This Tuesday, at Centro Cultural de Belém, the head of the Executive had already pointed out that Portugal should reach group immunity at the end of the summer, “a very important moment for trust and total liberation of society“, predicting that records can be beaten this year in terms of attracting investment.

Despite all this optimism on the part of the Government, it should not hover on the opposition benches, says the DN, who writes that “everyone prepares critical diagnoses”.

This is a possible scenario to be foreseen also by the statements of several deputies to Lusa, this Tuesday, in the scope of this debate on the State of the Nation.

After a year and a half of covid-19 pandemic, the opposition criticizes the way in which the socio-economic and pandemic crisis was managed and accused the Government of being worn out, also asking for greater support for families and businesses.

“I would very much like not having to respond to the current state of the nation because the nation is in a very bad state”, said, for example, PSD deputy Afonso Oliveira.

The vice president of the social democrat bench considered that before the pandemic “the country was in bad shape”, with “an economy stagnant for 20 years and, therefore, the state was already bad at that level”.

With the pandemic, which is an “exceptional circumstance” and that “all countries had to face”, the Government did not act “in accordance with what was required in such a case”, he criticized.

About the Government, it says that is “spending, tired, with several ministers making many mistakes, with the Government making several mistakes in various dimensions of the country’s life and a prime minister who watches this reality without making any decision about this reality”.

For his part, the leader of the Blocist caucus, Pedro Filipe Soares, considered that this is a state of the nation that “should worry us and demand more to respond to the urgent needs that the country presents”.

The pandemic was also marked, explained the BE parliamentary leader, by “a short budget for the needs of safeguarding quality public services”, namely, in health.

The support, approved to face the growing unemployment resulting from the economic-financial paralysis caused by covid-19, arrived “always late, both to the people and to the economy”.

The communist parliamentary leader, João Oliveira, considered that the state of the nation “is, naturally, a state of great economic and social problems, arising from the epidemic and the restrictive measures taken, and which brought to light many of the main vulnerabilities of the our country” as, for example, “a country dependent on the foreigner”.

For the parliamentarian, the state of the nation is also marked by the “difficulties that affect thousands of workers that, at the moment, they are being victims of collective redundancies” and other “very serious problems”.

The CDS is also harsh on criticism, with parliamentary leader Telmo Correia noting that “the state of the nation is obviously worrisome” but that it is also “particularly serious”, in his opinion, the “state of governance”.

The PAN, represented by its parliamentary leader, Bebiana Cunha, defended that the management of the pandemic “brings a lot of concerns”, because there has been a lack of “planning” and “a lot has been done to chase the damage”, and defended that support for families and businesses should be maintained “as long as necessary”.

“At the same time, what we have been defending in supporting companies is that there are environmental commitments because we continue to face a climate and environmental crisis,” recalled the deputy.

The socialist parliamentary leader, Ana Catarina Mendes, left “a word of recognition for a country that reinvented itself” during the last year, “that mobilized, that created partnerships, that did not stop, that didn’t lower his arms in the face of adversity”.

The last legislative session was “particularly difficult”, he admitted, however, it marked the 7% increase in health expenditure to respond to the pandemic, and the approved support for families and to boost Portugal’s economic fabric.

“We still have a lot to do, we are not free from this pandemic and this pandemic has come and is yet to stay, but it is always necessary, in the face of adversities, to overcome them and overcoming them means working”, he stressed.

In this sense, the leader of the socialist caucus said that “it is important to highlight the role of the opposition and the absence of opposition in an attempt to solve the problems” of the country.

“When the PSD a year ago refused to vote on the State Budget because it said it gave everything to everyone, it is completely incompatible with what it says today, that it is necessary to give more support”, he added.

How the State of the Nation came about

The State of the Nation Debate was created in 1992, during the times of absolute majority of the PSD of Cavaco Silva. However, the first debate only took place the following year, July 1, 1993.

This type of debate was justified as a way of giving greater parliamentary scrutiny to the activity of the Executive, and was inspired, in part, by the speeches of the State of the Union of Presidents of the United States, at a time when debates with the head of the Government in the Assembly of the Republic.

Last year, in the first debate on the state of the nation of the current legislature, which was already in a pandemic, the prime minister considered that Portugal needed a basis of political understanding solid, stating that this condition would be indispensable with the pandemic crisis and rejected “take-off competitions” between parties and electoral “calculations”.

To this appeal mainly addressed to the parties on the left, BE countered that “the PS refused” a “formal agreement for the legislature” proposed by the party and the PCP left António Costa unanswered, insisting on the need for a “left” policy and “patriotic”.