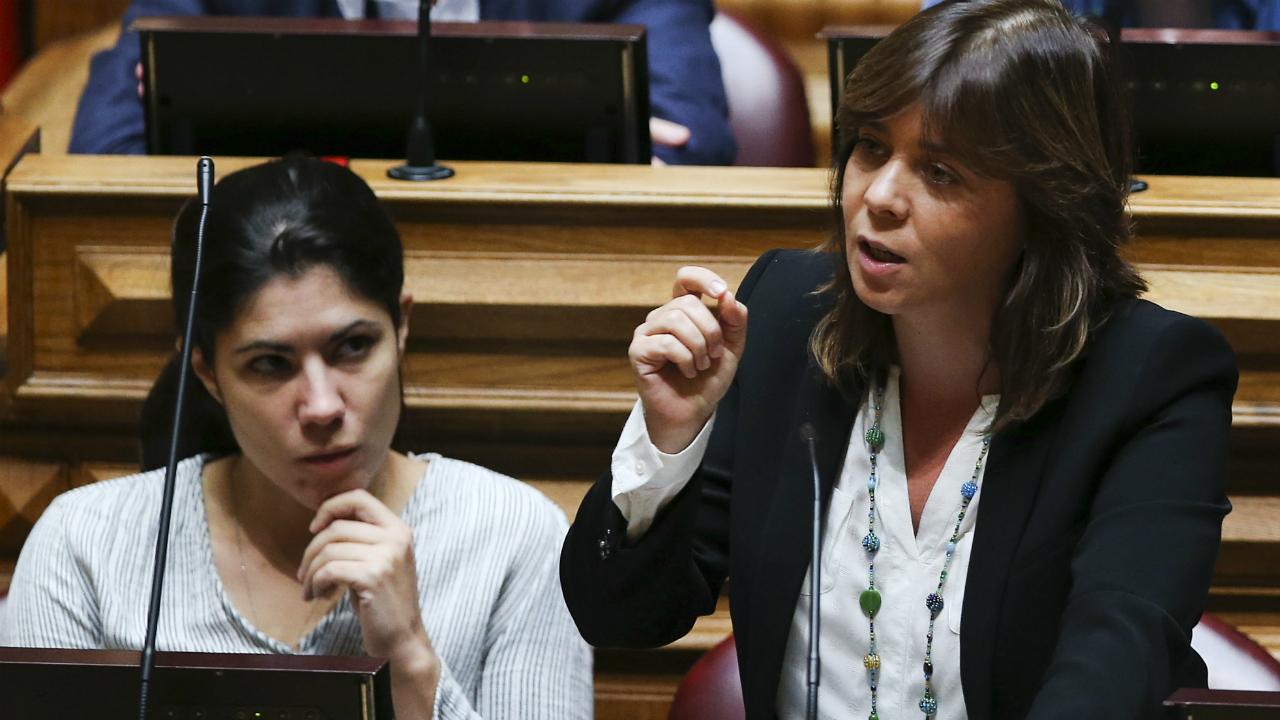 The Left Bloc (BE) wants the Parliament to pass a specific law on the exercise of the right to self-determination of gender identity in schools. The party’s bill comes after the Constitutional Court rejected the “bathroom order”.

This bill, which was delivered to Parliament this Monday, is based on “the normative framework that was set up” with the order of the Government of July 2019, known as the “bathroom office”, but introduces “small surgical differences”.

This explanation is given to the Lusa agency by the deputy of BE, Fabíola Cardoso.

Among other changes, the draft law provides for an “extension of the application of this regime to all school staff, teaching and non-teaching staff.“in addition to the students, as highlighted by the deputy.

“The possibility of establishing partnerships with LGBTI associations, mainly in the areas of training and awareness-raising and information actions in schools” is also foreseen in the draft law, as mentioned by the deputy.

The Bloc wants the initiative “to be discussed as soon as possible, at the beginning of the next legislative session”, so that in the next academic year “the right of these children, these young people is in fact guaranteed in all schools“, adds Fabiola Cardoso.

Last June, the Constitutional Court (TC) declared unconstitutional paragraphs 1 and 3 of article 12 of the law of August 2018, on the right to self-determination of gender identity and gender expression, which referred to the Government the definition of administrative measures to be adopted, in this context, in the system educational.

The TC’s judgment was raised by a successive inspection request 85 deputies from the PSD and CDS-PP and one deputy from the PS.

At issue is the violation of subparagraph b) of paragraph 1 of article 165 of the Constitution, which establishes that it is the exclusive competence of the Assembly of the Republic to legislate on rights, freedoms and guarantees, unless authorized by the Government.

Thus, the Constitutional considered that the matter should be discussed and approved in Parliament, rejecting the Government’s order.

It should be noted that the TC does not comment “on the substance of those standards, with regard to the prohibition of the ideological programming of education by the State and the freedom of programming of private education”.

In fact, the Constitution emphasizes that the “decision leaves the guarantee of the right untouched to gender identity and gender expression and the prohibition of discrimination in the education system”.

Thus, Fabíola Cardoso considers, in statements to TSF, that “it is completely unacceptable that fundamental rights put into question by an artifice, which was what the TC ended up finding”.

“IT’S an unacceptable device, with fundamentals that are very questionable, and which is an obstacle that hinders what should be something completely guaranteed: having an inclusive school and in which the rights of all its students, whether transsexual or any other, are guaranteed”, he highlights still the deputy.

Last week, the PAN also presented a bill to change the rules of the 2018 law that were declared unconstitutional.

Asked about the differences between the two projects, Fabíola Cardoso stresses, at Lusa, that they are two different ways “to resolve the situation”, but with the same objective.

Thus, the intention of BE and PAN is to “solve” the “problem that was created by this ruling of the Constitutional Court, in order to guarantee that the exercise of this right is a possibility for young people in Portuguese schools”, explains the Blocist deputy.

Fabíola Cardoso considers that, with the TC’s decision, at this moment, there is “a situation of lack of protection, of instability in the schools themselves”.

“We want avoid the lack of protection for young people in schools., we want to avoid that there is a hiatus here and a discontinuity in the measures that many schools were already implementing”, he also declares.

The two bills will only be discussed after the parliamentary vacation.