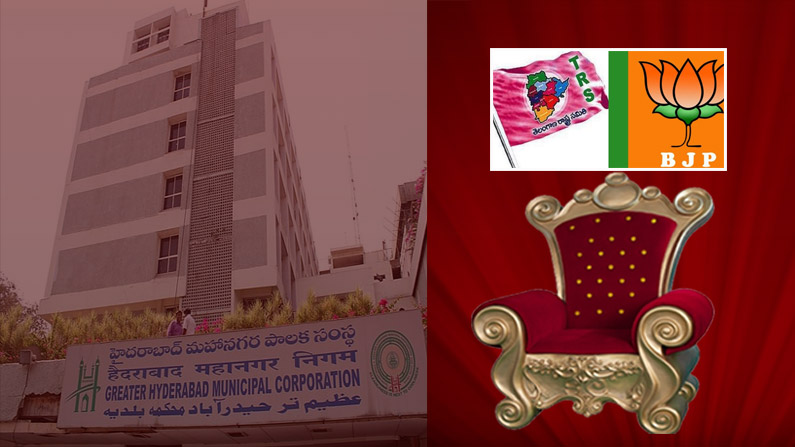 The answer to this exciting question is coming tomorrow. And, who is in the race? Who owns the mayoral pedestal? If you want to own the original mayoral pedestal, what is the magic figure? Will ex-officio votes be crucial? Who is the new governing body of GHMC?

It will be known on Thursday who will be the GHMC mayor..will elections be held for 150 seats..there will be a total of 202 out of a total of 52 ex-officials..with this the question of who will join that 101 magic figure has now become a thriller..who will the ex-officio who have become the key vote ..?

The GHMC election results came on December 4th. The suspense has continued ever since. TRS became the largest party, winning 56 seats in 150 divisions. The BJP has 48 divisions, the MIM 44 and the Congress 2 divisions. Apart from the 150 corporators, 52 ex-officio members of the GHMC have the right to vote. That brings the total to 202 votes. That is the magic figure 102. Now it has become a suspense as to who will support these ex officials.

Then TRS needs 102 votes to win. TRS has 38 ex officio votes. The Lok Sabha and Rajya Sabha MPs have a total of 38 votes, including four, three MLAs and 17 local MLAs. That is, if these are taken into account, if you win in 64 divisions .. TRS is the mayor’s seat.

If you look at the strengths of the BJP ..

The BJP has three ex-officio members. Kishan Reddy from Secunderabad Lok Sabha constituency has the right to vote in the Greater. Similarly, Rajasinghe, who won as MLA from Goshamahal, and MLA Ramachandra Rao have the right to vote. Kamal Nath got three votes. In other words, in order to win the mayoral seat in the Greater, the BJP will have to win in 99 divisions. The BJP will hold a breakfast meeting today on the issue.

After TRS in Greater .. there are more ex officio members .. Majlis party ..! The party has one MP, seven MLAs and two MLAs in Greater Noida. In all, the Majlis party has 10 ex-officio in the mayoral election. If you look at the strengths of the Congress, there is only one MP for that party. Rewanth Reddy, who won from Malkajgiri constituency, has the right to vote. With this you have to win in 101 divisions. With 10 ex-officio votes for the Majlis, the number of seats they contested is low and they are unlikely to get the mayoral seat.

Who is in the mayoral race ..?

BJP changes decision on mayoral polls It seems that the mayor and the deputy mayor will file two nominations. It is interesting to know who is the mayoral candidate from TRS. Since the mayoral position is a general woman, women are competing on a large scale on behalf of the TRS. The names of Bharti Nagar winner Sindhu Reddy, Vijaya Reddy from Khairatabad along with Chinthala Vijayashanti Reddy, Gadwal Vijayalakshmi and Bontu Rammohan Satyamani Bontu Sridevi are prominent. The mayoral seat will be announced tomorrow.