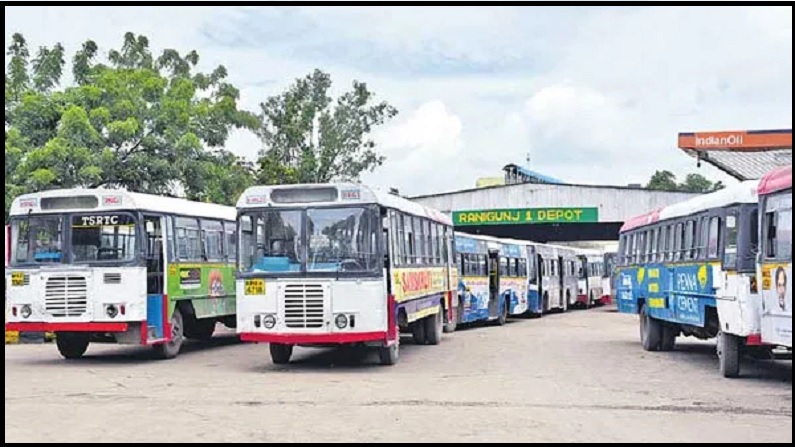 The Telangana government is preparing to restore the RTC buses that were stopped due to the corona lockdown. Authorities hope to rotate full-time buses after the wallpaper. Greater Hyderabad is gearing up to provide better services to commuters by increasing the number of city buses. Focusing on alternative ways to recover from losses caused by lockdown. Currently, only 60 per cent of city buses in Greater Hyderabad are off the road. RTC is ready to put back the huge wasted revenue. As part of this, it is planning to roll out buses at full capacity from the 20th of this month.

Prior to Corona, RTC buses carried 33 lakh passengers daily to their destinations in Greater Hyderabad. Buses were restricted to the depot for 4 months with the lockdown. Since then Kovid has been operating only 60 per cent of buses for three months following the regulations. Currently, there are 2,750 RTC buses in Greater Noida. Only about 1650 buses are running. 16-17 lakh people travel every day. However, the number of passengers did not increase as expected as educational institutions, business and commercial establishments were not fully operational. However, RTC officials expect the number of buses to increase exponentially as the number of passengers has increased dramatically over the past two weeks. Meanwhile, the RTC is planning to run full-fledged city buses from the 20th onwards in anticipation of further increase in passenger traffic after Sankranthi.