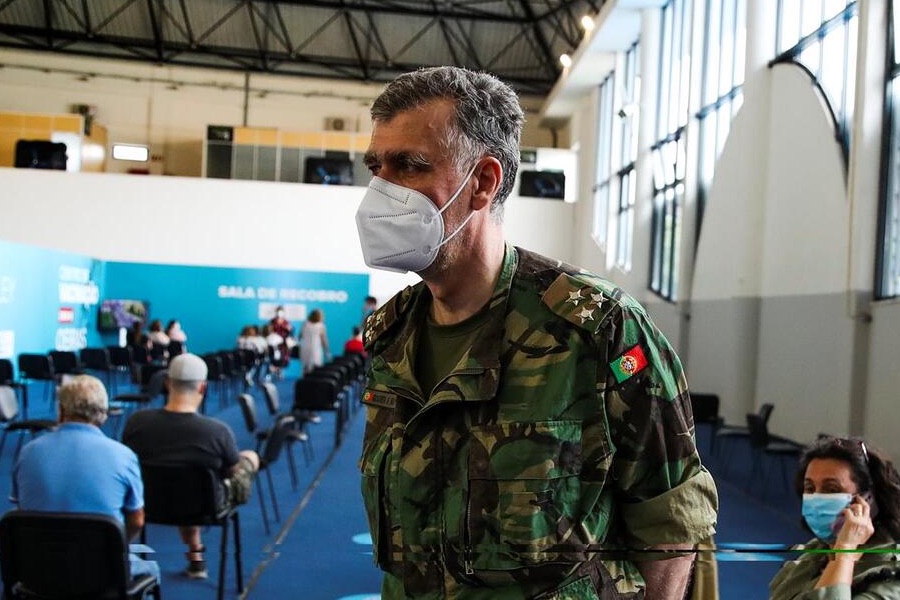 The person responsible for the ‘task-force’ that coordinates the vaccine program against covid-19, Vice Admiral Henrique Gouveia e Melo, assumed this Wednesday that Portugal “has already beaten this virus”.

“We’ve already won this virus, at least, the first battle is won and this is a great relief for all of us”, said Vice Admiral Henrique Gouveia e Melo in Viseu, at the opening ceremony of the Alves Martins Secondary School, where he studied at the age of 15.

On the sidelines of the ceremony, he justified to journalists that the battle is won, “because the incidence is falling despite the state of disarray” in which the country finds itself, already after the vacation period and the presence of foreigners.

“The vaccination process beat the virus and now we have to start learning how to regain our freedom and our lives. That’s what we have to do, of course, with some care. We have to be smart, we can’t be careless either“he warned.

With the vaccination rate reaching “almost 86% of the first doses”, and “usually one month later the same is reached in terms of the second dose or complete vaccination”, the vice-admiral said he was satisfied with the result.

“The vaccination process has helped us a lot in this and we are really satisfied, as a community, we should be really satisfied with ourselves, because it was. a small rate of people deniers which made us reach this process, with this immense rate of complete vaccination”, he highlighted.

Vice-Admiral Gouveia e Melo also downplayed the fact that Portugal is the first country in the world in terms of vaccination coverage rate, saying that this does not concern him, as his concern “is whether this rate is enough to provide protection of group and eventually group immunity“.

“I’m confident that it is, but only the future will tell, but if we achieve this group immunity or at least group protection, it’s great news for our country and for our life, from now on”, he defended.

The official also said, before dozens of teachers present at the gym, that “the vaccination of young people aged 12 to 19 was surpassed by more than 85%”.

“They might think it’s not much”, but the vice admiral explained that “it’s a lot, because there are 5% or 6% that are still recovered, that cannot be vaccinated, so there are more than 90%” of people vaccinated.

Faced with issues raised by professors, Gouveia e Melo defended that “the best posture towards deniers, which live in a self-feeding bubble, is democracy” and, in this sense, he was “very satisfied” that the rule of law works, by calling the people who insulted and threatened him to justice.

To the teachers, the vice admiral finished his words about vaccination and the process he was involved in: “Be confident that 2022 will be a completely different year from 2021 and also different from the end of 2020 and until mid 2020, because we we beat the virus. I’m not political (…) I am genuine in what I am saying and we did our best to finish the process as quickly as possible, but the process was conditioned by the availability of vaccines”, he concluded.