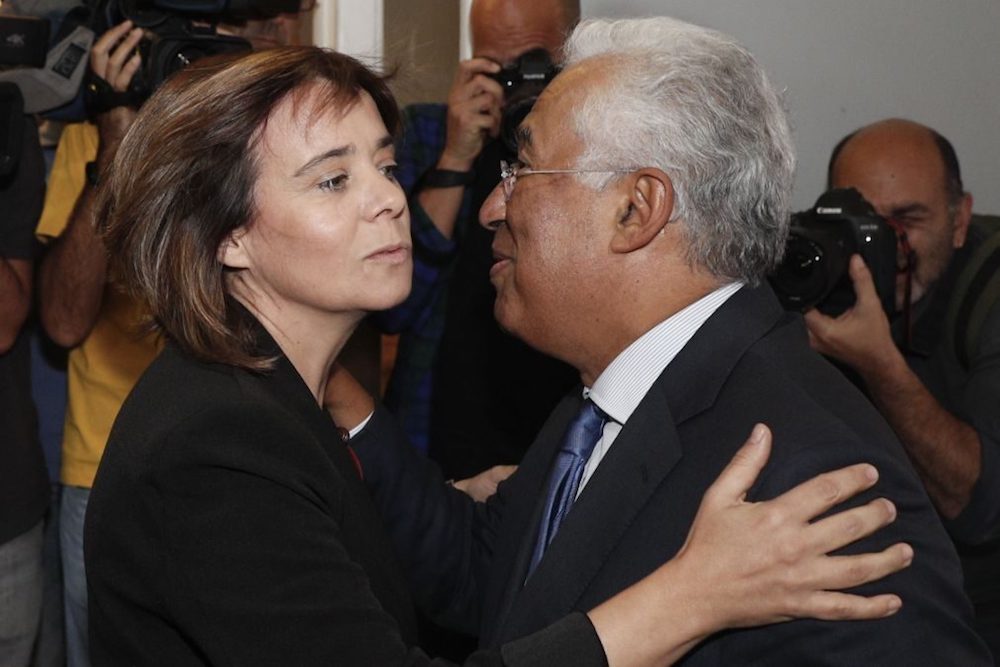 In a year of municipal elections, with the PS aiming to maintain the majority of the country’s Chambers, the socialist government faces a double fight with its left-wing partners, with the revision of the labor law and the State Budget for 2022 (OE2022). The Block warns that there are still many “knots” to untie.

The leader of the Left Bloc (BE), Catarina Martins, has already warned that her party “does not give up” from negotiating the two documents “at the same time”.

At the press conference for the presentation of BE measures for OE2022, Catarina Martins also warned that the blockers want a “timely appointment”.

The BE leader thus puts pressure on the Government, making it clear that anyone commitment to OE2022 it will depend on the willingness of socialists to meet the blocist demands in labor law.

“We want to negotiate labor legislation at the same time as the OE because we have a problem of low wages in Portugal, both of those who are precarious and those who are not and, in fact, the OE, by itself, is not capable of guaranteeing a recovery of salaries in the private sector, no matter how good the Budget is”, also pointed out Catarina Martins, in an interview with Rádio Renascença.

“A good part of people do not see their lives improve if the labor legislation that allows the freezing of wages, the enormous precariousness is not changed”, he added, considering that it is “the only way to redistribute wealth and have social justice”.

In social concertation, the Government delivered “64 proposals” and “most things result in a kind of requests for good intentions to employers and does not solve it”, also pointed out Catarina Martins in the Renaissance.

“We are not going to have a recovery of wages and work in Portugal if we think we depend on goodwill of the bosses. There have to be rules for a fair economy”, he also stressed.

“It has not yet been possible to untie the main knots”

The bloc leader assumed that the negotiations are not, for now, “in matters of detail because still unable to untie the main knots“.

And he leaves a barb to the PS, noting that he “prefers this kind of sight navigation” where “try to make a convenient blackmail to the various sides of politics to go on doing what they want without being accountable to anyone”.

Thus, Catarina Martins spoke of the idea of to gain “more strength” in the local authorities to be able to haggle over its measures in the OE negotiations.

“Confident” lion in a deal on the left

In the Government, the Minister of Finance, João Leão, reveals his confidence in an agreement on the left for the approval of OE2022, not least because “the macroeconomic context and the labor market and economic evolution” is now, “much more favorable”, as he mentioned in statements released by Diário de Notícias (DN).

“I’m confident that this year, even more than last year, we have a lot more conditions to get OE approval for next year”, he stressed after a meeting of EU finance ministers in Brussels.

When we are about a month away from the Government delivering its proposal, Leão reinforced that he is “confident that the parties on the left want to be associated” with the Government, “even more in a context where the country is already in strong economic recovery It is like maximum employment for 12 years“.

Meanwhile, Leo left barbs on the right, pointing out that, “as it turned out, there was no financial disaster”.

“Portugal, on the contrary, has not had any amending budget and I can prove that there will not be”, he guaranteed, noting that “revenue has not plummeted and the country even managed, for the first time in history, to finance debt issuance with negative interest rates”.

Divergence between social partners and Minister of Labor

However, there seems to be a divergence between the Government and the social partners regarding the bilateral meetings to discuss the revision of the labor law.

The minister of Labour, Solidarity and Social Security, Ana Mendes Godinho, said that these meetings have already started, but the employers’ confederations and the unions assured Expresso that they haven’t happened yet.

The minister’s office has already denied this idea, reinforcing, in a note sent to the weekly, that “meetings between the Government and partners in this area took place on Friday, this Monday morning and end tomorrow [terça-feira]”.

“Therefore, it is not true that they have not occurred, even if they are not marked”, assured the Ministry of Labour.

Ana Mendes Godinho had already underlined that the idea would be “to have concrete proposals” until September 17, the date for which a new meeting of the Social Concertation is scheduled.

Meanwhile, a remote “short-term” meeting took place between the Secretary of State for Employment, Miguel Cabrita, and the employers’ confederations. But the social partners insist that bilateral meetings have not yet started.