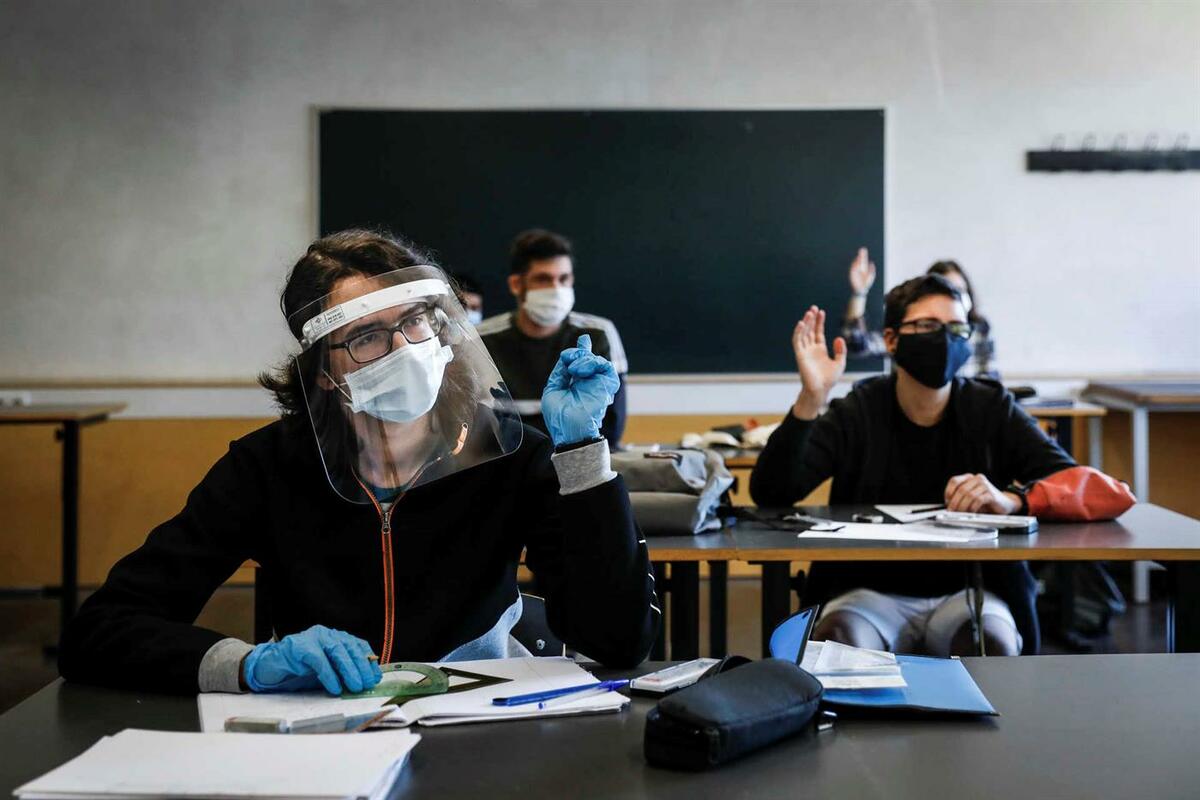 The Ministry of Education has made about seven million euros available for schools to purchase masks and other materials and personal protective equipment against covid-19.

Specifically with regard to masks, the Ministry of Education explained in a statement that, although mandatory use for 1st cycle students is not foreseen, the amount of the budget was defined in order to allow schools buy masks enough for these students.

“Bearing in mind the signs of parents and guardians for their students to use this equipment, it was understood for reasons of prudence that it would be considered for its acquisition for 1st cycle students, with the respective guardians being responsible for decision on its use, ”he says.

According to the note from the Directorate-General for School Establishments (DGEstE), which has already been sent to schools, the materials to which these seven million euros are intended: three masks for each student, teacher and employee, gloves and aprons for operational assistants and disinfectant.

“The free provision, to students and professionals, of masks and other personal protective equipment, as well as disinfection and cleaning products, is part of the set of measures to prevent and mitigate the risk of transmission of covid-19, which have allowed increase the security of the school space ”, underlined the tutelage.

Schools have been closed since the end of January to contain the pandemic, but the Government’s deconfination plan, which will be presented on March 11, it should already foresee the gradual resumption of face-to-face activities.

Parents and school principals believe that schools are prepared to reopen, arguing that they have always been safe places, but ask for more screening tests and, eventually, vaccination of professionals to reinforce confidence.

“Schools have been able to prepare in a timely manner and have always been very safe spaces,” said Manuel Pereira, president of the National Association of School Leaders (ANDE), arguing that educational establishments “are in a position to receive students quickly, at least younger”.

The sentiment is shared by Jorge Ascenção, parents’ representative, who believes that the closure of schools did not happen because they are, in themselves, unsafe spaces, but rather to help contain the worsening of the epidemiological situation in the country.

For the president of the National Confederation of Parents’ Associations (Confap), health security in schools is not at stake, but even so, Jorge Ascenção defends the reinforcement of testing.

This is, moreover, the intention of the Directorate-General for Health (DGS), which, in the standard updated last week, recommends regular laboratory tests (every 14 days) in educational establishments for teaching and non-teaching staff and, in the case of from secondary school, also to students.

“It is convenient for schools to be prepared to test, test, test. So that, as soon as an outbreak is identified, it can be confined ”, agreed Rui Martins, president of the National Confederation of Independent Parents and Guardians (CNIPE).

On the other hand, on the part of the school principals, Filinto Lima also stresses the importance of strengthening screening in schools, but questions whether there is the capacity to comply with the DGS standard when teaching begins to de-define.

“At the moment, the professionals who are in the reference schools are being targeted by these screenings, but we are talking about a residual number of teachers and employees. I don’t know if the system will have the capacity to accompany the return of teachers ”, said the president of the National Association of Directors of Groupings and Public Schools (ANDAEP).

If this is possible, Filinto Lima believes that it will be an important source of confidence for educational communities, but he argues that the “decisive step” would be another.

“The decisive step was to prioritize teachers and staff in taking the vaccine before returning to school, ”he stressed, arguing that this vaccination process should start right from the professionals who are in those reference schools that remain open during the period in which distance learning is in effect.

The door to this possibility was opened by the Minister of Health, this Tuesday, who admitted that teachers and non-teaching staff could be included as priorities for vaccination, considering that schools are an “essential service”.

In reaction to this possibility, the word “trust” is repeated by the representatives of the school principals and also by the parents, who consider that it would be another form of transmit more security to all.

Regarding the schools ‘deconfiguration process, everyone agrees with the phased reopening, starting with the youngest ones and underline that the decision must depend on the experts’ positive opinion.