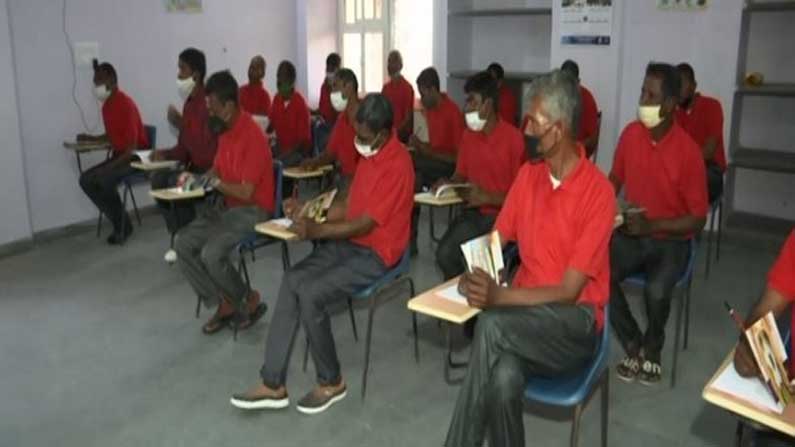 It is well known that the richer the number of beggars in India, the richer they become. Beggars are waiting for us somewhere to go. Even if some people help them .. others will turn their face away. But the Rajasthan government has launched a program for them. To this end, an innovative program called Beggar Free has been launched in Jaipur.

The Beggar Free event is organized by the Rajasthan Skill and Livelihoods Development Corporation (RSLDC) in partnership with the Sopan Institute of Science, Technology and Management. This includes 43 beggars so far. The organization reaches out to beggars from Uttarakhand, Uttar Pradesh and Odisha who have become beggars in Jaipur. They are provided free facilities .. teaching yoga, playing games, conducting computer classes. To this end, Rajasthan Skill and Livelihoods Development Corporation Chairman Niraj Kumar Pawan said that the program was launched after the CM directed to make Rajasthan a beggar-free state by making all the beggars in the state good citizens. Based on a survey conducted with the police in Jaipur, a beggars free program has been launched here. For this, a center called Kaushal Vardhan has been set up and training will be given in batches. At present we are training 20 of them as a batch and 20 as a batch. They will be given jobs after the training. He said the program would be launched in other districts as well. The Sopan company official said that their goal is to give them a dignified life in the community. Apart from training them for three and a half months, the government will provide Rs 215 per day, he said. They are slightly different compared to normal human beings. Illness problems are high among them. Talk to them directly .. Assess their mental and physical condition .. After that they will be given the yoga training they need, said the yoga trainer.