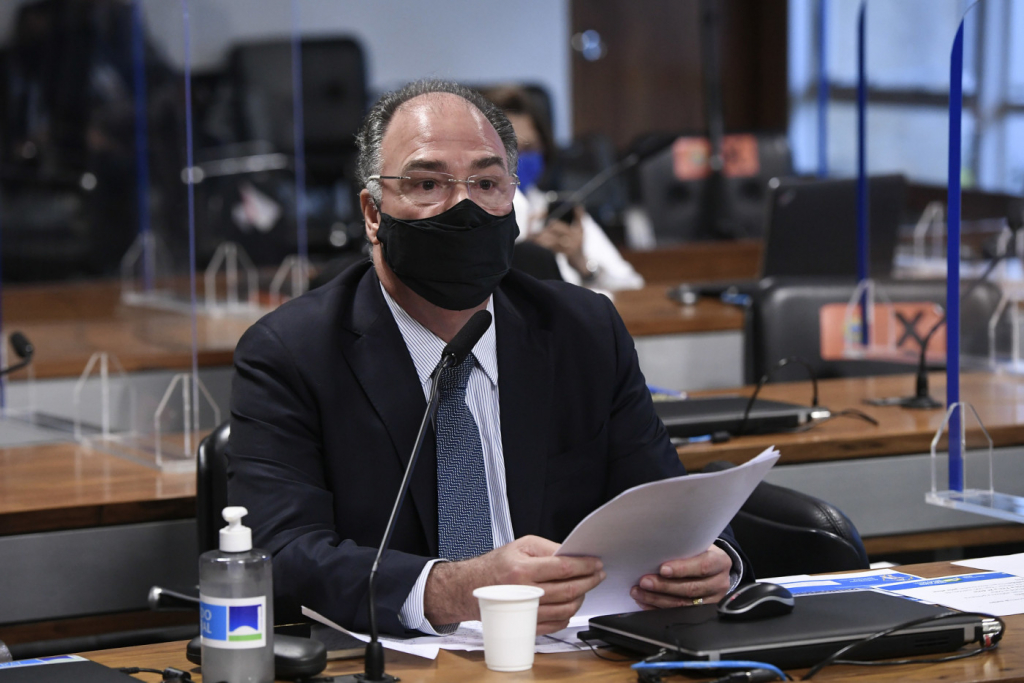 Jefferson Rudy/Senate AgencyFor the senator, however, the inquiry is the result of what he calls the “criminalization of politics”

The current government leader in Federal Senate, Fernando Bezerra Coelho (MDB) was indicted by the Federal Police (PF). According to the agency, the senator would have received a bribe of millions of reais when he was minister of National Integration, in the government Dilma Rousseff. The inquiry is being processed at the Federal Supreme Court (STF) and accuses Bezerra and his son, Deputy Fernando Coelho Filho, of the crimes of passive corruption, lmoney apogee, ideological falsehood e electoral ideological falsehood. The Federal Police requested the blocking of R$ 20 million from both. The agency says there is “sufficient evidence of the materiality of various criminal practices”, such as the receipt of bribes by three contractors between the years 2012 and 2014. Fernando Bezerra Coelho used the session of CPI to Covid-19 to broach the subject. For him, the inquiry is the result of what he calls the “criminalization of politics”, drawing a parallel with the Car wash.

“I make a point of citing my own example, as I suffered accusations in the Lava Jato that were not sustained, inquiries whose shelving was determined by the Supreme Court or by the Electoral Court, in view of the recognition that the evidence was not sufficient to justify even the beginning of a criminal action against me. Other inquiries are awaiting the manifestation of the justice bodies. I renew the conviction that everything will be clarified”, he said. In a statement, the senator’s defense stated that the final report of the inquiry “is nothing more than an isolated opinion” of those who wrote it. The lawyers claim that the investigation was born from the word of a “confessed criminal” and “it is another attempt to criminalize politics, like so many others that are now wide open and properly filed”. It is up to the Attorney General’s Office (PGR) decide whether to denounce the senator.

*With information from the reporter Levy Guimarães