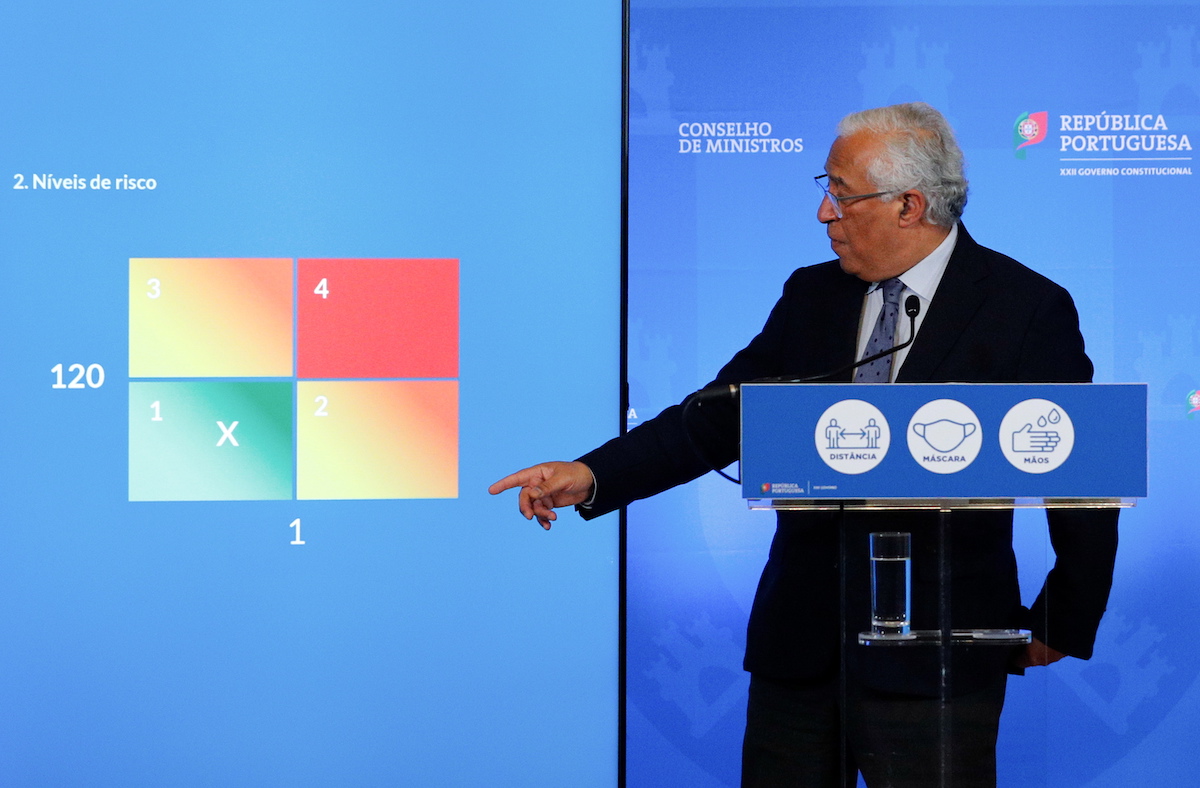 With the “risk matrix” in the green zone, Portugal will move on to the next phase of the deconfination plan, starting on April 5. In this way more students will return to the school, there will be stores open and the esplanades of the cafes reopen.

The day has come for the Government to decide what measures will take effect from Monday, April 5, in the aftermath of the Easter weekend.

The Executive’s options are expected to be announced by the Prime Minister at a press conference after the weekly meeting of the Council of Ministers.

António Costa admitted, during the declaration in which he announced the sending to the Constitutional Court of the diplomas approved in Parliament in spite of the Executive, that the Government is preparing to confirm the new phase in the plan of deflation.

At the Palace of Belém, the Prime Minister pointed out that “if everything goes well”, the Government will give the green light for the second phase of the deconflation plan to proceed.

Costa recalled that pandemic numbers are declining, with the deconfiguration plan coming to fruition, but maintains that “we are at a very early stage of the year”. “Unfortunately, the pandemic can worsen,” he warned.

The Government warned early on that the plan announced on March 11 is permanently conditioned to the advance of the pandemic.

However, the “risk matrix” is favorable.

This index combines the R) – transmission index, that is, how many people are infected by an infected person – and the pandemic incidence (cases of infection per hundred thousand inhabitants). Both values ​​are within security levels, although the Rt, currently 0.94, is close to the limit values ​​(which is located at 1).

Me and pandemic incidence is at 65.3 (national value), that is, about half of the value considered as a safety limit (120), according to the DN. 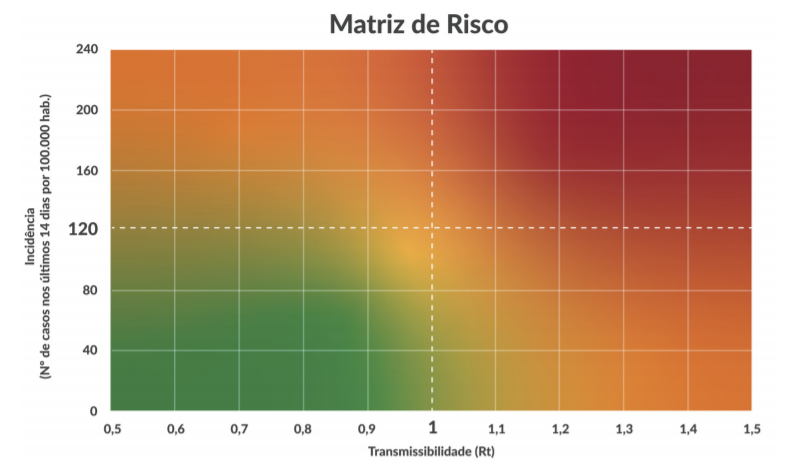 In parallel, the Government tries, by accelerating the vaccination plan, namely associating it with the progressive reopening of schools – which has also been one of the demands of the President of the Republic, Marcelo Rebelo de Sousa.

The other factor is still unclear, but it should be clarified by the Government this Thursday: it is foreseen that measures of a local character can be adopted, said Mariana Vieira da Silva last week.

For this reason, Portuguese deconfiguration, from now on, can take different speeds, similarly to what happened last year, after the summer period.

According to ECO, there are at least 32 Portuguese municipalities with an incidence of covid-19 above the limit of 120, and are therefore in the orange zone of the risk matrix, above the horizontal axis.

At a time when Easter is at hand, experts have warned that the behavior of the Portuguese will be decisive for the evolution of the pandemic in the coming days.

A weekend that is expected to have greater gatherings, and violations of restrictions, may throw more regions of the country into the orange zone, which would imply a delay in the lack of definition, however, it is worth remembering that the Portuguese are prevented from leaving their respective municipalities. of residence.

In the worst case scenario, if you enter the red zone, the Government says it will not hesitate to close again establishments and tighten measures.

For now, under the initial plan, presented on March 11, the Government’s intention is to resume, on Monday, the 2nd and 3rd cycle classroom teaching, to reopen stores with up to 200 m2 and door to the street and allow cafes and restaurants to have terraces.

While the Portuguese are continuing with the reopening, neighboring countries are, on the contrary, closing. France and Italy, for example, have registered significant increases in new cases.