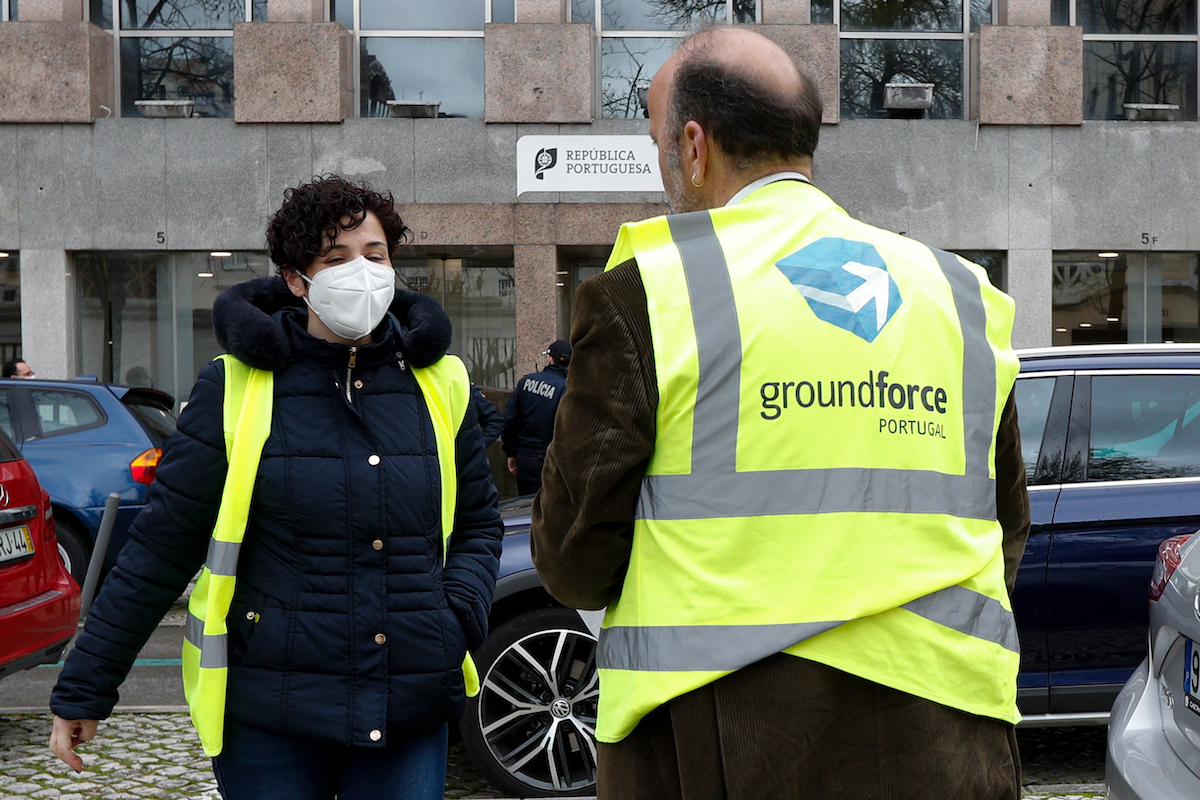 Groundforce workers concentrated with the Ministry of Infrastructure, in Lisbon.

Groundforce considered this Tuesday that TAP’s insolvency application leaves the company in “total strangulation” and could lead to its operational disruption, destroying the efforts that have been made to save it.

“With the bankruptcy filing, all the efforts we have been making to save the company fall apart. […] At the precise moment of resumption of activity, it can lead to the operational disruption of the company, by drastically affecting the relationship with its customers, but, above all, with its suppliers, who, in view of this decision, consider suspending supplies if there are no payments in advance or ready, ”said the Chairman of the Board of Directors (CA) of SPdH / Groundforce, Alfredo Casimiro, in a statement.

On May 10, TAP requested Groundforce’s insolvency “with the Lisbon Commercial Courts of the Lisbon District Judicial Court”, justifying that the objective of the action is, “if it is feasible”, to safeguard “the viability and the sustainability of it, ensuring your activity operational at Portuguese airports ”.

Groundforce indicated that an insolvency proceeding leaves the company in a situation of “total strangulation”, and therefore wrote to the Minister of Infrastructure and Housing, Pedro Nuno Santos, in order to sensitize him “to the fact that this decision contributes much to the aggravation of the company’s situation ”.

The majority shareholder of the handling company warned that the operational disruption could jeopardize the payment of May wages to workers, hitherto safeguarded, “hampering the sale operation that is underway with several international players in the sector”, block “access to short-term financing from banks, with special emphasis on Caixa Geral de Depósitos”, as well as harming TAP, “which, being both a shareholder and a creditor, will be the last entity to receive what is due to it after insolvency ”.

Groundforce also said that the insolvency application submitted by the shareholder TAP “puts at risk and unnecessarily hinders both the ongoing negotiations and the objective of finding a solution to the problems that the company faces”, also putting in question its current 2,400 jobs.

Alfredo Casimiro added that, in the letter sent to Minister Pedro Nuno Santos, he reiterated his “total availability to find a solution capable of protecting workers, shareholders and the country”, having asked for support for this.

“It should be noted that any insolvency solution will lead to the creation of a Groundforce II, which, of course, will opt for the younger and more qualified workers, to the detriment of older workers, more associated health problems, more years of service and with less qualifications ”, underlined the shareholder.

Alfredo Casimiro recalled that, between 2012 and 2019, the company made profits in excess of 28 million euros and that the situation it is in at the moment is due to the covid-19 pandemic, which left the aviation sector paralyzed. 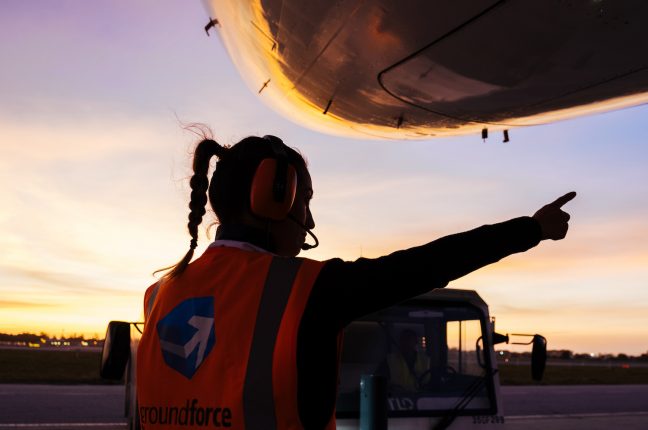 “Similar to what happened with TAP, Groundforce also requested State support to face the dramatic consequences of the strike almost total activity ”, pointed out Alfredo Casimiro, referring that the company saw the loan request for 30 million euros denied by Banco Português de Fomento.

“A totally incomprehensible decision and whose justification alleges the absence of robust financial availability by the shareholders. Such justification can only refer to TAP and Portugália, as Pasogal’s accounts are positive and solid ”, argued the company.

The Minister of Infrastructure is currently heard in parliament, in the Commission for Economy, Innovation, Public Works and Housing, at the request of the Portuguese Communist Party (PCP), regarding the insolvency request of SPdH / Groundforce by TAP.

Groundforce is 50.1% owned by Pasogal and 49.9% by the TAP group, which, in 2020, is now held in 72.5% by the Portuguese State and that it is a minority shareholder and the main customer of the company that provides assistance at the airports of Lisbon, Porto, Faro, Funchal and Porto Santo.

Government will not leave workers “in a bad situation”

The Government will not leave Groundforce workers “in bad shape” if May wages are not guaranteed, but until then that is a responsibility of Pasogal, Pedro Nuno Santos said this Tuesday.

“We are aware of what may happen at the end of May. […] What we don’t want to do at the moment is speculation about the future and make life easier for those who have responsibilities at the moment. Until then, Groundforce is controlled by the majority shareholder, which is Pasogal and, therefore, is the one who has the responsibility to face the company’s commitments ”, pointed out the minister, who is being heard in parliament, on the insolvency request SPdH / Groundforce by TAP.

“[…] At the time, we will be here, we will not leave the workers in a bad situation ”, added Pedro Nuno Santos, noting, however, that the State cannot be responsible for “Securing employment of all people in the country ”, although the case of Groundforce is different, due to the participation that TAP has in the company (49.9%).

Groundforce insolvency “is not synonymous with bankruptcy”

Pedro Nuno Santos also said that Groundforce’s insolvency “is not synonymous with bankruptcy” and reiterated that there is “no intention” to close the handling company and lay off workers.

“Insolvency is not synonymous with bankruptcy, what we want is to find the context that allows TAP, one of the main creditors, to propose a definitive solution to the Groundforce problem”, he said. 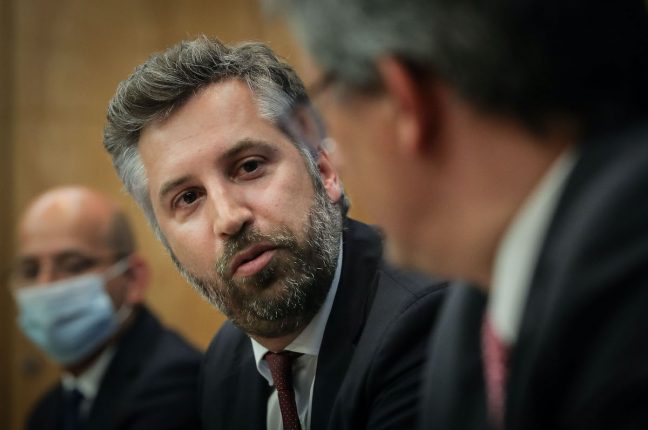 The official said that the PCP’s request assumes that the nationalization of the company would be the only solution, but that option “is excluded by the Portuguese Government, which does not want to fail to find a definitive structural solution for the company ”, without closing it or firing workers.

“Nationalization did not solve the Groundforce problem, it solved a problem for Alfredo Casimiro. […] It would allow their victimization. [Ele] it would demand compensation from the Portuguese State, which the State understands that it has no right to, ”added Pedro Nuno Santos.

PCP attacks minister for not nationalizing

Deputy Bruno Dias (PCP) questioned Pedro Nuno Santos about the insolvency request. “What insolvency request is there to appease? Do not come! It even puts SPdH (official Groundforce name) licenses at risk. Why don’t you move towards nationalization as you did with Efacec, as the PCP defends a year ago? ”, He asked, quoted by Observer.

In the opinion of Bruno Dias, TAP’s action aims to cause instability, to then reduce the company’s payroll and, thus, later comply with the airline’s own restructuring plan.

The deputy criticized the fact that the deputies could not hear in the parliament the heads of the Banco de Fomento but later refused support to Groundforce based on the fact that the handling company does not have a restructuring plan.

The minister, in turn, replied: “So the solution that the PCP and the deputy has for Groundforce is nationalization. Everything that goes wrong results from us not nationalizing ”.

“It is that even a nationalization has to be temporary. I know that the PCP says in its application that the Government is subject to EU pressure. But we have a problem here: it is that we are really part of the European Union, and voluntarily. And the majority of the people want this. And so we have to comply with EU2 rules, he continued.

Therefore, “when the day comes when BE and PCP manage to convince the Portuguese people that it is better to leave the EU ”, then Portugal may fail to comply with the rules. “The issue is, therefore, a little more complex, at least for those who govern. For those who do not govern, it is easier to say that ”, underlined the minister.

Pedro Nuno Santos also said that “nationalization would allow victimization by the Groundforce shareholder [Alfredo Casimiro] and it would give rise to compensation ”. In other words, “insolvency is the only path that allows for a ‘stop in the situation’ that the company is experiencing.