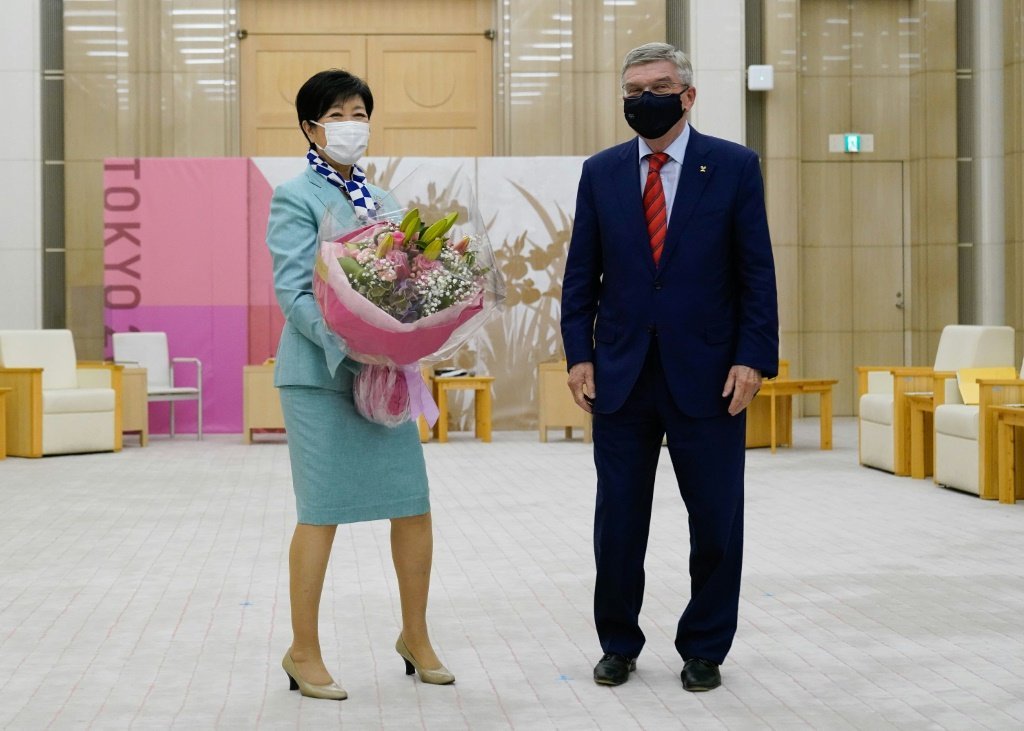 Measures against covid-19 US Tokyo Olympic Games “work” – assured this Thursday (15) the president of International Olympic Committee (COI), Thomas Bach, at a time when the Japanese capital registers case records, eight days before the start of the sporting event.

On Thursday, organizers announced several positive cases of covid-19: a foreign athlete who has just arrived in Tokyo, plus five people working for the event.

Bach assured that a morning visit to the Olympic Village convinced him that the anti-virus measures “have been implemented and are working”.

“We were able to see and convince ourselves that all delegations follow and support the rules, because they know they have an interest in being safe,” he said during a meeting with Tokyo Governor Yuriko Koike.

“They are interested in this and also out of solidarity with the inhabitants of Tokyo,” he added.

Since Monday, Tokyo faces a new state of emergency due to the virus, with a significant increase in infections and fears of the spread of the Delta variant.

Bars and restaurants were encouraged to reduce their opening hours and, in theory, they cannot serve alcoholic beverages.

The capital registered 1,308 new infections by covid-19 in the last 24 hours, increasing from 1,000 cases for the second consecutive day. These are the highest numbers since January this year.

Tokyo-2020 did not give details on the six people who tested positive for covid-19, tested between Tuesday and Wednesday. Among them, four are residents of Japan.

And authorities monitor other cases.

At least eight employees of a Japanese hotel, where the Brazilian Olympic judo team is staying, tested positive for the coronavirus, announced on Thursday local health and sports authorities.

The tests were carried out before the arrival of the Brazilian delegation, of 30 people, last Saturday. None of the positives had contact with the athletes, guaranteed those responsible.

A relative of one of the hotel employees also tested positive.

Elsewhere in Japan, in southwestern Munakata, a member of the Russian rugby team was hospitalized after testing positive for the coronavirus, a city official told AFP.

The group remains confined to the hotel and will resume work on Friday if everyone tests negative for covid-19, the source adds.

And in Kurume (southwest), eight members of the Kenyan women’s rugby team of seven were declared “contact cases” after a positive was discovered on the plane that carried the African delegation.

Tokyo ends the preparation for the Olympic Games almost behind closed doors, with strict measures to avoid the contagion of athletes, officials and journalists from abroad.

According to Japanese news agency Kyodo, organizers plan to host fewer than 1,000 VIPs (mostly foreign leaders) for the Games’ opening ceremony on July 23rd. The party takes place in the new Olympic stadium, with a capacity of 68,000 seats.

On Wednesday, Bach pledged “to bring no risk to the Japanese people” with the Games, as Japanese public opinion continues to view the Olympics as a potential accelerator for the country’s pandemic.

Japan was little affected in the first waves, with fewer than 15,000 officially recorded deaths since the beginning of 2020.

Yesterday, the IOC informed that, of the more than 8,000 people who arrived in Japan between July 1st and 13th, only three had a positive arrival result. They were placed in isolation, and their close contacts “submitted to appropriate quarantine measures.”

85% of Vila Olímpica residents were vaccinated, and that number reaches almost 100% among IOC members and Games officials from abroad, Bach said.