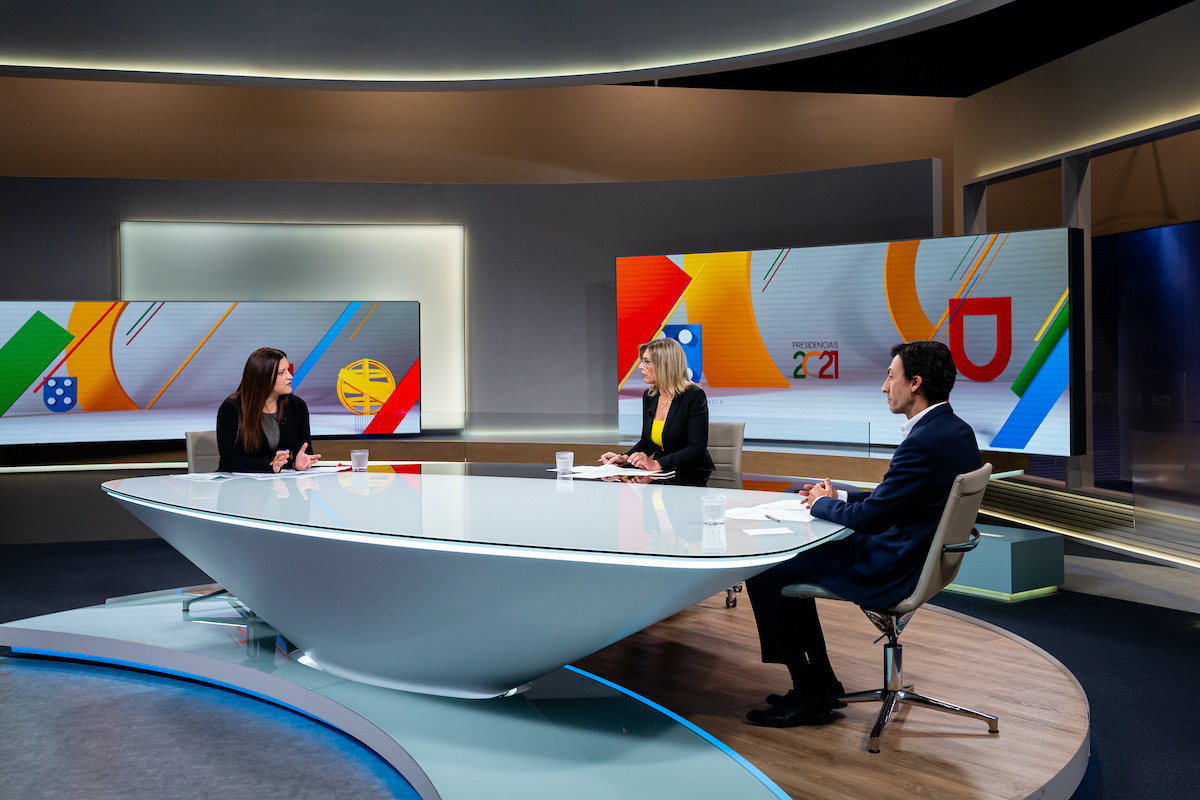 The candidates for the Presidency of the Republic Marisa Matias (Bloco de Esquerda) and Tiago Mayan (Liberal Initiative) led this Saturday, in the SIC antenna, in a debate in which they disagreed with almost all the topics clearly addressed, except for the need for new ones. support for the next confinement.

In a debate always in a cordial and moderated tone by journalist Clara de Sousa, the blocker and the liberal show in the most varied subjects – Health, Economy, Labor Laws – that are in completely opposite extremes.

The debate started with the response to the covid-19 pandemic, with Marisa Matias considering that it is “irresponsible not to do everything” to try to contain the new daily contagions, which are in the 10,000, which he repeated later on.

As for the state of emergency, Marisa said she was in favor, and pointed out that there is no other legislative framework that would allow the necessary responses to be framed, but she criticized that in this exceptional situation the “social response and economic support” is “failing”.

“There are worrying signs and we have to do what we can,” he said.

The candidate who is supported by the Liberal Initiative, a party that is against the state of emergency, defended that “the country cannot handle a new confinement widespread ”, and pointed out that the Prime Minister also recognized this.

“If the Prime Minister is now changing his mind, it is because something very serious is happening, and I want to try to understand that”, he said, so he will accept the invitation to participate in the session with epidemiologists on the evolution of the pandemic, in Tuesday.

If the situation presented is “a war scenario”, then “naturally the situation is different”, and this means that this Government “has failed badly in the management of the pandemic” and that it will be necessary to “chase the loss” using Republic.

“We have to give people the conditions” to confine

Over the 30 minutes that the face-to-face session lasted at SIC Notícias, the two candidates only converged on the need for support in the case of a new confinement.

Tiago Mayan Gonçalves asked the Government to assume responsibilities if the new measures to combat the pandemic imply that companies have to close, and he defended that “it has to compensate these activities directly and indirectly”.

“We ask people for confinement, we ask for demanding measures, and we have to give people conditions so that they can comply with these demanding measures,” said Marisa Matias. In a comment on the opponent’s proposal, the blocker pointed out that this is “a much more socialist perspective on society” and urged Mayan “to decide what option he wants, because it is permanently in contradiction”.

Also with regard to health, the opponents did not meet, because, while the blockist leader defended the bet on the National Health Service (SNS) and the use of private means paid “at cost”, the liberal candidate classified the MEP’s proposal “impossible”, a “legal fiction” and defended that citizens should be able to choose the sector they want to use.

On the economic front, which occupied the last third of the debate, the candidates again disagreed, bringing former Prime Minister Pedro Passos Coelho and troika.

Asked whether a liberalization of labor laws could lead to more injustices and inequalities, widening the gap between rich and poor, Tiago Mayan responded negatively, recalling that the last years of governance were not about liberal policies.

“We are not going to create an alternative story. During the past few years it was not liberals who were in the government…. In the last 25 [de governação], 19 were from socialists and these last supported by contraption and, therefore, the policies we have at work are not liberal ”, he said, underlining the contribution of the Left Block in the first Government of António Costa, in a“ political arrangement ”of which the PCP also took part.

He continued: “We are from OECD countries with stricter labor laws and what is the result of that? Low wages, 26% youth unemployment rate and that doesn’t even count those who already have to leave [do país]. This is the result of non-liberal policies. And, compared to those who applied liberal policies, what do we see? More jobs, more wages. It is to observe ”, concluded the candidate supported by IL.

In answer, Marisa Matias did not diminish her support for contraption, recalling important measures that were achieved during this period of governance.

“If you want to stick me up with contraption, stick me up. I supported and it was moreover during that Socialist Party government supported by the left that very important measures were achieved ”, he said, listing, among others, the increase in the National Minimum Wage and lower pensions, social passes and the reduction of tuition fees in Education Superior Public.

“The theory that Passos is to blame was missing here”

The candidate supported by BE went even further and brought up the subject of the Government of Passos Coelho (PSD) and the troika. “In fact, it was not liberal policies [que foram aplicadas nos últimos anos], but the people in Portugal haven’t forgotten yet what were the liberal employment policies, which were during the Passos Government, with the troika and people did not forget these liberal policies and the way they put them in unemployment ”, he said, before pointing out Tiago Mayan’s support to the Passos Executive.

He continued, saying: “It amazes me that it will put the burden of all the situations we are experiencing, of low wages, of unemployment, that is, in the policies of a short period that we recently had in the history in which we succeeded, despite of everything, improving people’s living conditions ”.

“The theory that the fault lies with Passo was already missing,” countered Tiago Mayan, considering that most of these measures have already been reversed and that, in fact, “there were never” liberal policies applied in Portugal. “Don’t go into alternative stories.”

Marisa ended this issue by predicting that the right will not return to the government anytime soon.

“For some reason, the right will not come to the government anytime soon again. And it is for this memory, for the memory of liberal policies, for the memory that it was the destruction of labor rights ”, he said, regretting that it has not yet been possible to completely eliminate the effects of the troika in Portuguese labor laws.

TAP “must go on its way”

In the final part of the debate, Marisa Matias and Tiago Mayan also briefly discussed TAP and disagreed again: if for the blocker the airline is “an important, fundamental national company”, for the liberal, “the State must stop being a shareholder” of the air carrier, which must go “on its way”.

Marisa defended that TAP is a “flag company”, exporting and strategic in Portugal, but the argument did not convince Tiago Mayan, who listed European examples to say that there are no flag companies in Europe except for Italy. “Lufthansa does not it is a flag company, British Airwais is not, Iberia is not ”, he said.

The blocker considered that the bank was “converted to a bottomless pit”, while Tiago Mayan advocated that the money that was injected into BES would have served better if it had been injected “into small and medium-sized companies”.

The next presidential debate is scheduled for next Monday and will bring together all the candidates in the race to Belém. It will be broadcast at 10:00 pm on RTP.

Presidential elections are scheduled for January 24.