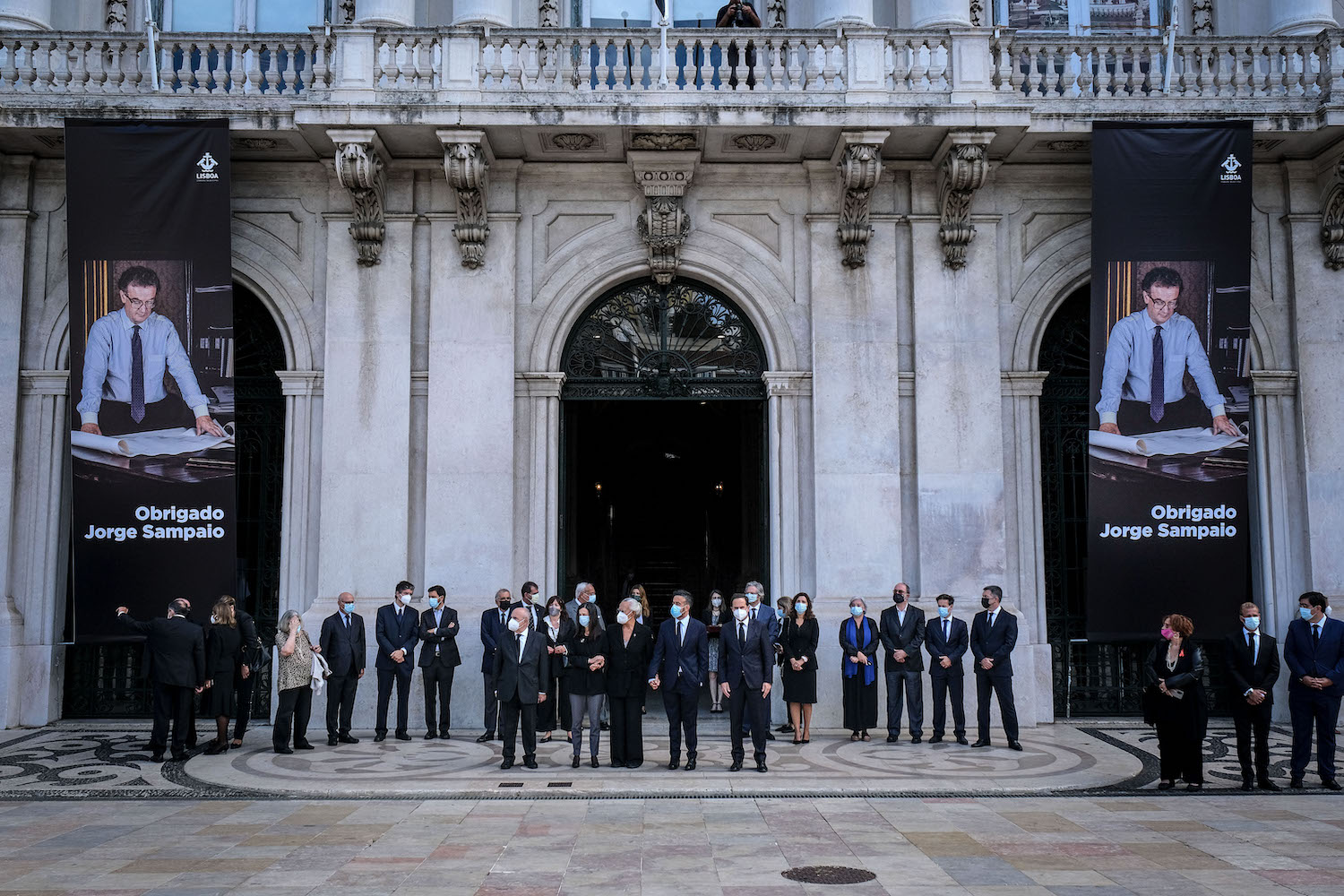 The funeral of the former President of the Republic Jorge Sampaio will take place today in Lisbon, preceded by an evocative session at Jerónimos, which will gather around 300 people and can be accompanied abroad through a giant screen.

The hearse carrying the body of the former President of the Republic Jorge Sampaio to the Jerónimos Monastery started its route at 10:00 am. On the way to Jerónimos, the funeral procession stopped short in front of the Palace of Belém, official residence of the heads of state, a position that Sampaio held between 1996 and 2006.

The ceremony, which starts at 11:00, rgathers about 300 people, a number that corresponds to 75% of the total capacity, following the rules of the General Directorate of Health, due to the pandemic context.

As highest figures in the state, family, close friends, deputies and foreign delegations, as well as the Choir of the National Theater of São Carlos and the Portuguese Symphony Orchestra will occupy the available seats, with a giant screen outside the monastery so that the population can follow the homage.

Between the personalities that are present in the last tribute to Jorge Sampaio, who finishes at 1:00 pm, are the Secretary General of the United Nations, António Guterres, the King of Spain, Philip VI, who will be accompanied by a member of the Spanish Government, the Prime Minister of Cape Verde, Ulisses Correia e Silva, the President of the Parliament of Timor-Leste, Aniceto Guterres Lopes, and representatives of all Member States of the Community of Countries of Portuguese Language (CPLP).

The ceremony begins with the National Anthem, followed by an excerpt from the Jorge Sampaio’s inauguration speech as President of the Republic, in parliament, on March 9, 1996, and the intervention of the former President on CNN on Timor-Leste, on December 10, 1996, which was an important milestone in that country’s self-determination process.

The session continues with messages from the former Prime Minister of Timor-Leste Mari Alkatiri and by the former President of the Republic José Ramos Horta, followed by a musical moment recorded Saturday in Timor by the choir of the Portuguese school in Dili, performing “Ai Timor”, by Trovante.

The arrival of the funeral procession at the Cemetery of Alto de São João is scheduled for 1:30 pm and there the population will be able to pay one last tribute to Jorge Sampaio.

In the cemetery, a tribute paid by military of the three branches of the Armed Forces will mark the end of official funeral honors, followed by a ceremony reserved for the family of the former President.

This Saturday, personalities from political life, but also from other areas, went to pay their last tribute to Jorge Sampaio, first at Praça do Município, and then at the wake in Belém, at 12:30pm.

The former prime minister and former socialist leader, current secretary general of the United Nations, António Guterres, the former president of the Republic Ramalho Eanes, and the leaders of PCP, BE, CDS-PP, PAN, were some of the personalities who attended Jorge Sampaio’s wake.

After poor adherence during lunchtime, queue by the old ring Real, with the majority of people wearing masks, began to increase around 16:00, reaching the Museum of the Presidency.

O first moment of public homage Jorge Sampaio, who was mayor of Lisbon between 1990 and 1995, took place in Praça do Município, with several minutes of applause by dozens of people who gathered at the venue.

words like “dignity”, “humanism”, “respect for others” and “great democrat” were repeated by several people with whom Lusa spoke in Praça do Município.

Jorge Sampaio, former secretary general of the PS (1989/1992) and President of the Republic (1996/2006), died on Friday at the age of 81, at the Santa Cruz Hospital, in Carnaxide, Oeiras, where he had been hospitalized since 27 February August, following breathing difficulties.

The Government decreed three days of national mourning, between Saturday and Monday, for the death of the former President of the Republic and state funeral ceremonies.