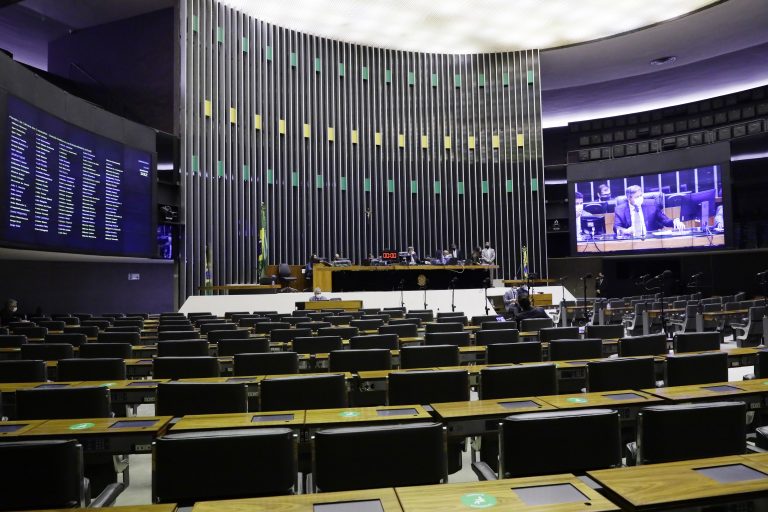 The President of the House, Arthur Lira (PP-AL), celebrated the approval of the project and said that ‘the deputies made history in changing an old concept that needed to be revised’

Luis Macedo / Chamber of DeputiesPL was approved in a session held on Tuesday, 4

A Chamber of Deputies approved PL 6764/02, which revokes the National Security Act (LSN) and adds several crimes against the Democratic Rule of Law to the Penal Code. The vote took place this Tuesday, the 4th, and the text will continue for analysis in the Senate. The proposal establishes the creation of a new title in the Code to typify ten crimes, as an interruption in the electoral process and given the right to demonstrate, in five chapters. In practice, it is prohibited, for example, to prevent the peaceful and free exercise of political parties, unions, social movements and the like. For this situation, the penalty will be from 1 to 4 years of imprisonment, ranging from 2 to 8 years in case of serious bodily injury and from 4 to 12 years in case of death during oppression of demonstrations. The Mayor, Arthur Lira (PP-AL), celebrated the approval of the project, congratulating colleagues. “The deputies made history in changing an old concept that needed to be revised on all the norms of the states and the Democratic Rule of Law. Congratulations to this House ”, said Lira, who also highlighted the role of the rapporteur Margarete Coelho (PP-PI).

Among the practices typified as a crime is the mass shooting of fake news in the elections, which could be punished with imprisonment from 1 to 5 years in addition to a fine. Crimes of political violence, categorized by the rapporteur as an act to restrict, prevent or hinder the exercise of political rights based on sex, race, ethnicity, religion or nationality, will be punished with a penalty of 3 to 6 years and a fine. In a chapter dedicated to crimes against democratic institutions, the project foresees two types of penalties: violent abolition of the Democratic Rule of Law and coup d’etat. In the first, whoever is convicted of trying to end the Democratic Rule of Law will face 4 to 8 years of imprisonment. In the second case, in which a coup is defined as attempting to testify, through violence or a serious threat to a legitimately constituted government, those convicted may face 4 to 12 years of imprisonment. In both cases, in addition to this penalty, offenders will be punished for the violence they have committed.