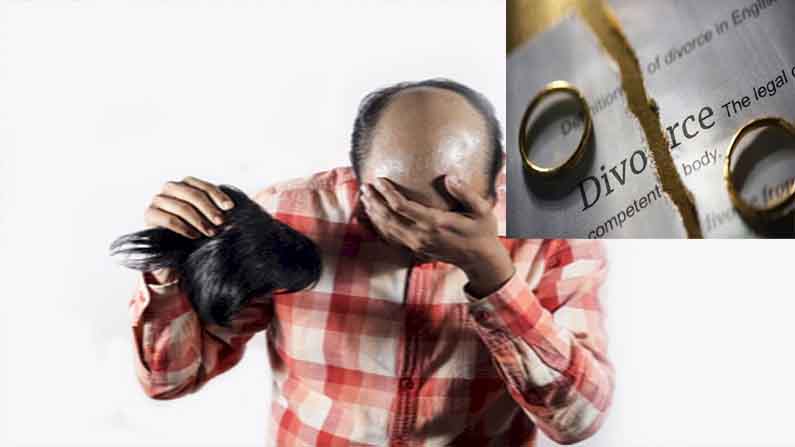 A woman has come to family court seeking a divorce from her husband for hiding her baldness.

UP woman seeks divorce : Get close to bad habits before marriage. However, when it comes time to get married, the fiance hides such things from her husband. But do you know what would happen if they knew the secrets about us one day after marriage .. Achcham a similar incident took place.

Remember the movie Laila in the middle of Tata Birla starring Brahmanandam? The same scene was repeated in the state of Uttar Pradesh. On Wednesday a woman came to family court seeking a divorce from her husband for hiding her baldness. The woman who was about to be told here knew that she was just lying. No longer was it a matter of whether it was big or small. The wife is preparing to divorce her husband before the wedding because he hides the fact that he is bald.

A man from Ghaziabad, Uttar Pradesh, married a young woman in January 2020. However, his wife found out that he had been bald for exactly one year. Does the hair stay the same during the wedding? She told her husband that she had lost her hair now. With this he revealed the real thing that he was already bald. He said he wore a wig at the wedding and covered it. The woman who heard it screamed. The family has approached the court seeking a divorce from him alleging that her husband cheated on her.

She stated that her husband had never told her that he was bald and that she was seeking a divorce from her husband for not saying this. She said she was humiliated in front of her friends and wanted a divorce from her husband anyway. However, family members are trying to impress her. Officials at the marriage counseling center tried to calm her down. He looked to persuade her not to divorce for such a trivial matter. The woman, however, refused. Counseling has already been completed. Authorities have already given the couple another date for a second round of counseling in the hope that she will change her mind.