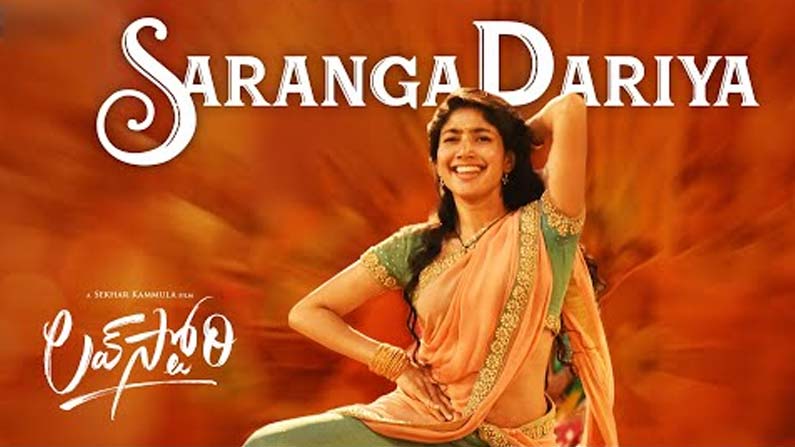 Saranga Dariya Song: There is no such thing here .. No matter what you see .. No matter what you see on the phone, it’s a swing .. It’s a simple slang song sung in the woods in the village .. But now it’s swinging the social media. Shaking YouTube. Rewriting records upon records. Along with that is the song ‘Kaduwa on its right arm’ .. ‘Its agents are Maria’. So where did this trending song originate ..? Who first sang this song ..? What is the reason behind the song ‘Love Story’ being a big blast on the big screen now? Once you go back five years, you know Sarangadaria.

The song ‘Saranga Daria’ which has become a big hit on the big screen. Singer Sirisha sang this song which was changing all over the world on digital media, YouTube and Twitter decades ago. Ten years ago, this clay perfume from Manchirya sang ‘Saranga Daria’ on the stage ‘Relare Rela’. This song turned the title into a songwriter. And the song sung by the swallow .. Let’s see how she reacts if she is making noise on the big screen today.

‘I sang this song in front of Suddala Ashok Teja on the stage of Relare Rela. It was this original song that got me to the finals. I asked my fellow artist Komala from Warangal, ‘If there is a good song, will you give it to me?’ He said, ‘Good luck to me. I will give. ‘ So the song that came into my hand was ‘Kaduwa on its right arm’. I’m so happy to know that the song has just hit the movies and is a super hit. ‘ Manchiryala clay perfume head. ‘Mangli is known to have sung this song in the movie Love Story. Suddhala Ashok Teja danced wonderfully to the tune of Sai Pallavi while cutting the bani. However, for me who sang the original song .. I would be a little happy if the name was given to the Komalakka who gave the song. Anyway our song is happy to be in the movies anyway. Now the same song can be heard on anyone’s cell phone. Many people call me and say that your song is a super hit. ‘ Said Sirisha.

‘Folklore is madness to me. I have been singing folk songs since I was seven years old. Teachers also encouraged me to sing songs well. Our poor family. Amma Rajavva, Nanna Yesayya. If my father was a farmer .. my mother would go to work as a laborer. Knowing that I like to sing, my grandfather Rajaye encouraged me. He not only sings songs .. he also writes. He would take me with him to any event. ‘ Sirisha recalled his childhood days.

If so .. this village koilamma is now the mother of a twelve day old toddler. If the child is upset, it is good to be appeased by singing the song ‘Saranga Daria’. Sirisha was happy to say that the child would sleep peacefully if Sarangadaria sang a song while crying loudly. However, Sirisha said that she did not sing anywhere after ‘Relale Rela’. She also said that her husband also sings songs. Her husband’s name was Shravan and she said that during the Telangana movement, Oorura used to wear songs on her legs and sing songs about Telangana again. Currently both are doing in Telangana Cultural Sarathi. Through the Manchiryala DPRVO, people are roaming around singing songs about government welfare schemes. The whole tribe is proud that the song he sang as a whole is now rocking the music world.