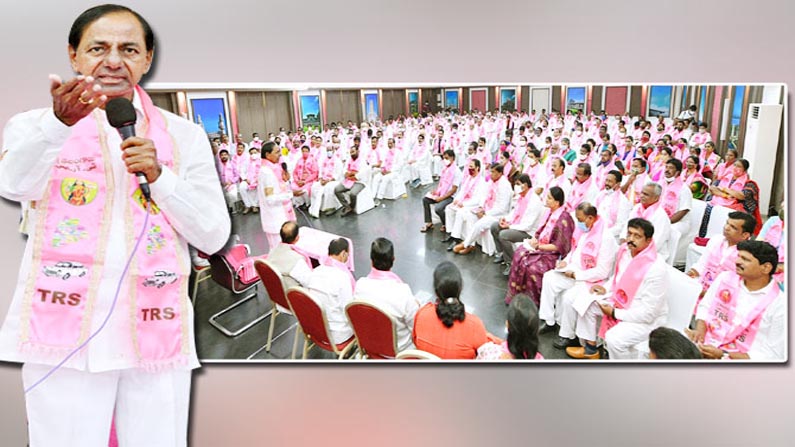 CM KCR in TRS General body meeting: CM KCR put a full stop to the campaign going on for some time on the change of Chief Minister in Telangana. KCR said that he will be the CEO himself .. If anyone talks about that issue anymore, strict action will be taken against the leaders, KCR said. KCR spent not one, not two, not six hours in Telangana Bhavan .. directed the leaders on party organizational matters.

A wide-ranging meeting of the TRS state executive committee chaired by TRS party chief, CM KCR was held at Telangana Bhavan. CM KCR spoke on the latest developments in the party. During the meeting, the CM KCR flagged off at a serious level the manner in which the leaders were talking about the change of the Chief Minister in the state. He warned that strict action would be taken if anyone spoke on the issue anymore.

KCR directed the leaders on the organizational structure of the party. TRS will launch the party membership registration program from February 12. KCR has set a deadline for leaders to complete membership registration by the end of February. It was suggested that party committees should be formed in March from the village level to the district level. With the formation of the state committee in April .. KCR said that the party will hold a plenary. KCR clarified at the meeting that if any district leaders come forward, a public meeting will be held in that district.

On the other hand, KCR announced at the party working committee meeting that the names of the candidates for the post of Greater Hyderabad Mayor and Deputy Mayor will be given in sealed cover on the 11th of this month. On the 11th, the Greater People’s Representatives were ordered to come to Telangana Bhavan along with the corporators. After the meeting in the Bhavan, GHMC was ordered to go.

KCR, who spent a total of 6 hours busy in Telangana Bhavan, not only discussed many issues but also left the ministers. Ministers were outraged at the neglect of MLAs in the districts. He warned the MLAs not to do any activities in the constituency without their knowledge from now on.

Read Also… Peddireddy got Freedom,, but the mouth was locked. YCP leaders incensed over SEC sanctions