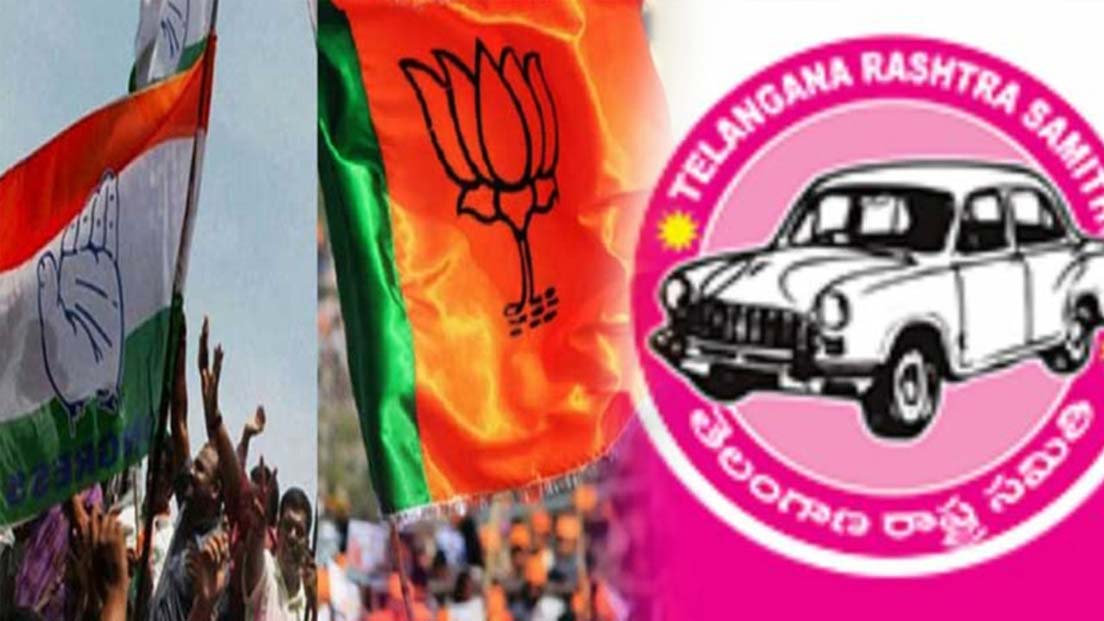 Telangana Graduate MLC Election: The MLC election campaign in Telangana will end in a few hours. The major political parties have taken this election with greater ambition than ever before. Independent candidates also ..

Telangana Graduate MLC Election: The MLC election campaign in Telangana will end in a few hours. The major political parties have taken this election with greater ambition than ever before. The election has sparked interest as Independent candidates have also become influential forces. 2 MLC seats, 6 joint districts .. 164 candidates in the ring పెద్ద So far the big question is whose side the graduates are leaning towards. In 75 per cent of the areas in Telangana, there was an election commotion. High tension in two constituencies but 6 joint districts. In the past graduate emcee elections were not a big priority. Ordinary people do not even know when the election came or when the polling took place. But this time the campaign is going on at the general election level. The ruling TRS has raised the level of elections by fielding a large number of ministers and MLAs. Mahabubnagar Rangareddy is a constituency comprising Hyderabad and Warangal Nalgonda Khammam is a graduate constituency in the joint districts. Elections will be held in the joint districts to cover 75 per cent of the two MLC seats in Telangana.

Everyone’s focus is on this election, even if it’s a graduate election by name. The ruling TRS did not get the expected victory in the Greater elections which came soon after the defeat of Dubaka. With this the MLC elections became the most ambitious for the Rose Party. TRS has mobilized all the forces in these two constituencies to win anyway. One of the seats is Teresa sitting. The Kashaya Brigade will work at the same level in the MLC elections to continue the winning streak. Hyderabad Rangareddy Mahabubnagar constituency is the BJP’s sitting seat and the elections have become crucial for the party. Chao Reo is also in a situation where the Congress, which is reeling from defeat in successive elections, has to come down. Not only the party .. celebrities involved in the Telangana movement .. movement leaders also entered the ring to enter the House of Elders. Hema Hemi stepped into the field.

There is only one day left for the campaign .. The leaders are all set to stand victorious in the political struggle facing the elites. The ambitiously taken parties deployed forces. There is a universal effort to sift through every voter and trap them. Excessive words .. Who got the voter nervous in the ongoing campaign with the latest moves? Who will fly to win? Has become a hot topic in Telangana.

Read also: Perni vs Kollu: ‘Will you be arrested if I hit the essay ..?’ Kollu vs. Perni election scuffle in Krishnajilla