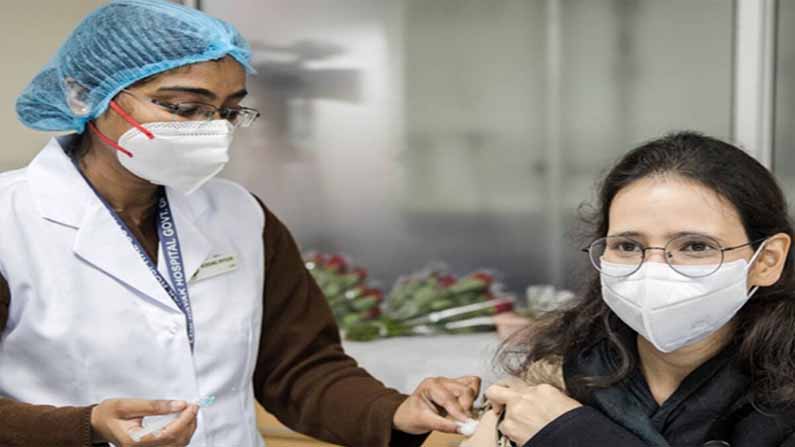 The distribution process of the prestigious vaccine for corona virus building in the country is in full swing. Similarly, India is the third largest supplier of corona vaccines internationally.

Covid vaccine in India : The world is at war to repel the epidemic. As part of this, the process of distributing the prestigious vaccine for corona virus building in the country is in full swing. Similarly, India is the third largest supplier of corona vaccines internationally. A total of 57.75 lakh people across the country were vaccinated against corona till 8 am on Sunday, Central Medical Health Department officials said. Of these, 53,04,546 were medical personnel and 4,70,776 had been vaccinated against coronavirus, officials said. The United States and Britain continue to be the top two countries in vaccine distribution worldwide.

The Central Ministry of Health said that the Kovid vaccine has been provided to over two lakh beneficiaries in twelve states of the country. Uttar Pradesh had the highest number of 6,73,542 people vaccinated. Of the 8,875 sessions set up in the last 24 hours, 3,58,473 were vaccinated, the center said. In addition, the number of people receiving the vaccine is steadily increasing, officials said. However, less than eighty deaths have been reported in the past 24 hours, the lowest in the last nine months, medical officials said. The number of active cowid cases in the country stood at 1.48 lakh, which is 1.37 per cent of the total, the department said.

Read this ప్రచారం The campaign that ended the early panchayat war .. Polling for 2,731 panchayats on Tuesday‌