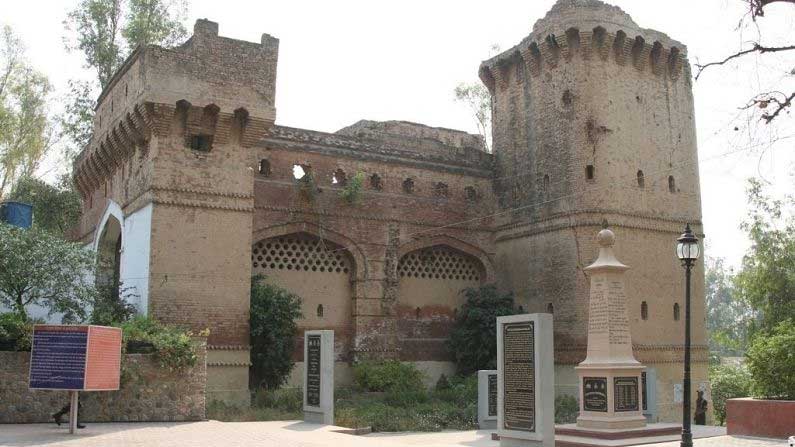 India – Pakistan: Independence has come India and Pakistan are still in a state of turmoil. That is, it is not ..

India – Pakistan: Independence has come and there are still tensions between India and Pakistan. That, it does not matter .. The two countries are ready to fire at each other for a small reason. Not to mention Kashmir in particular though. Kashmir is said to be the main reason for the ongoing conflict between the two countries. Relations between the two countries have been badly damaged in the wake of these conflicts. However .. in the context of these disputes .. India compromised on one issue .. gave 12 villages to Pakistan for one village. Yes .. what you heard is true .. the Indian government has given up 12 villages for just one village. However, there is a very big reason behind this decision taken by the Government of India. And now let’s find out the reason ..

There is a village called Hussainiwala near the India-Pakistan border, which now falls under the Ferozepur district of the state of Punjab. The tombs of Shahid-e-Azam Bhagat Singh, Rajguru and Sukhdev are located in this village. The tomb of Bhagat Singh’s colleague Batukeshwar Dutt is also located here. The tomb of Vidyavati Devi, the mother of Bhagat Singh, who received the title of Punjab Mata, is also located in the village. The village, however, fell into the Pak territory of the partition of the country. With that, India gave 12 of its villages to Pakistan and took that village separately. The decision was taken by the Government of India as the village is a historical site as it has traces of freedom fighters and martyrs and has a special place in the history of Indian independence struggle.

It is learned that Bhagat Singh, Rajguru and Sukhdev were martyred on March 23. Martyrs’ Day was celebrated across the country to commemorate their sacrifice. Many activists sacrificed their lives to bring independence to the country. Among them are Bhagat Singh, Sukhdev and Rajguru. The tombs of these heroes are in the village of Hussainiwala and once again the village is in the news. Special events will be held in the village on March 23, the day the three heroes were martyred. People come from far and wide to participate and watch these events.

Apart from the late night hustle ..
Bhagat Singh, Sukhdev and Rajguru threw bombs at the Central Assembly against the British rule in India. The British government arrested the three in the incident and sentenced them to death. However, if they were to be hanged on the appointed day, the British rulers, who thought it would be difficult to tolerate the population, hanged three of the Lahore prisoners on March 23, rather than in a huddle. The bodies of the three heroes were buried in the village of Hussainiwala, 45 km from Lahore, by British authorities.

That is why it gave 12 villages.
In the middle of the night, the bodies of Bhagat Singh, Sukhdev and Rajguru were cremated by British officials without following any traditions. Their remains were then dumped into the Sutlej River, which flows nearby. The tombs of Bhagat Singh, Sukhdev and Rajguru were later established at Hussainiwala. However, during the partition of the country the village went to the part of Pakistan. In view of the sentiments of the people of this country, the Government of India .. Pakistan handed over 12 villages in the Suleiman area on the border and took over the village of Hussainiwala. Thus Hussainiwala reached Indian territory.