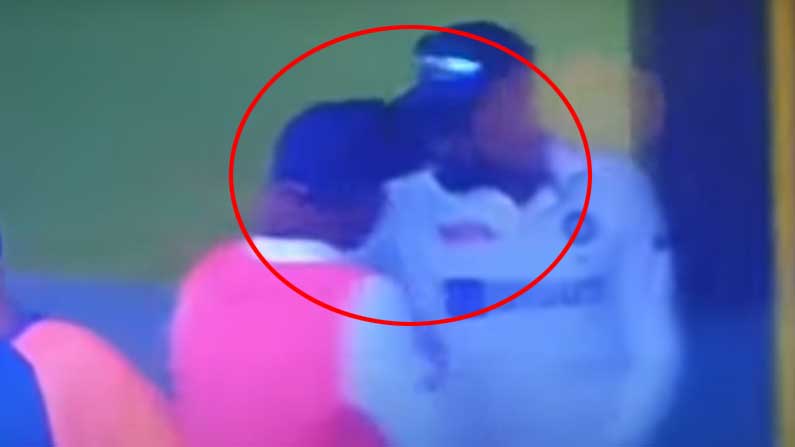 India Vs England 2021-22: Anger and rage are natural in cricket players. They are only temporary. But, some of them sometimes ..

India Vs England 2021-22: Anger and rage are natural in cricket players. They are only temporary. But, some of them sometimes make them abusive. Other times their lives are turned upside down. We have seen many such incidents. However, a video of Indian pacer Mohammad Siraj and spinner Kuldeep Yadav has recently gone viral. No one really knows what is in it but .. there is a range of speculations on it. So far in the video, pacer Mohammad Siraj and spinner Kuldeep Yadav have been selected as reserve players for the ongoing Test match against England.

However, Siraj was standing in front of the dressing room at the end of the second day’s play as part of the match. TeamIndia coach Ravi Shastri walked towards the ground. However, while Kuldeep was coming with the players .. Siraj who was there grabbed his neck tightly and made a jerk. It looks like the two of them clashed. A video of the incident is now circulating on social media. Fans are reacting to this in a variety of ways. Some people say that all this may be fun .. Others doubt that it actually happened. However, there was no response from Siraj or Kuldeep Yadav.

Dedicated to the First Journey Family, Travel in the Air Force One, where the President of the United States travels, is unique in the world.