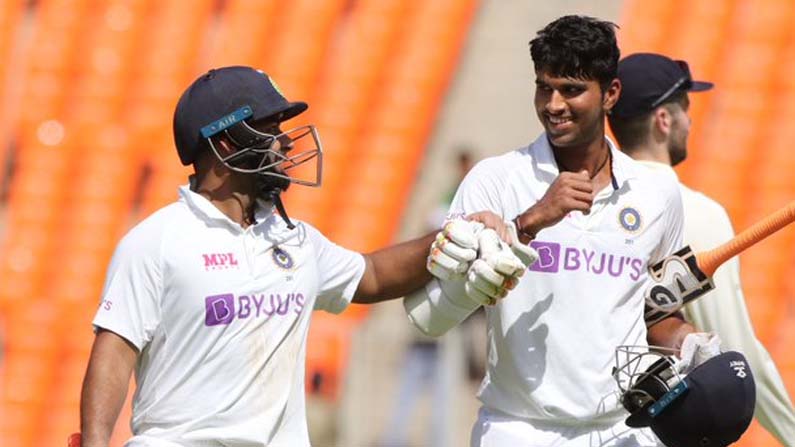 India vs England 4th Test – Day 2 Highlights: Team India is heading for the lead in the fourth Test against England. By the end of the second day, Team India was in the lead. Rishabh Pant (101) scores a century.

India vs England 4th Test – Day 2 Highlights: Team India is heading for the lead in the fourth Test against England. By the end of the second day, Team India was in the lead. Rishabh Pant (101) scored an impressive century. All-rounder Washington Sundar (60 not out) scored a half century. By the end of the second day, India were 294 for seven. With this, Kohli Sena now has an 89-run lead over England in the first innings. Sundar and Akshar Patel (11) are at the crease. Both of them faced the England bowlers effectively even after the Pant. He has already added 35 runs for the eighth wicket.

Earlier in the day, Team India lost six wickets for 146 runs at one stage after the Midfielder failed. In the batting order, along with captain Kohli (0), Rahane (27), Ashwin (13) and Pujara (17) failed. Rohit Sharma was out for 49 runs. At this point, Pant and Sundar defended the team. Although the lead seemed possible, the duo added 113 runs for the seventh wicket to take a crucial lead. While Pant scored his third century in Tests in this order .. Sundar scored his third half century. Initially, the ball was played slowly with the intention of defending the wicket. He increased the speed after the completion of the half century. Anderson tried to play a huge shot in the over and was caught by Pant Root. However, in the same route bowling, Mary Pant completed his century by hitting six.

England won the toss and elected to bat, but were all out for 205. England lost 3 wickets for 30 runs at one stage and got into trouble. Ben Stokes and Johnny Bairstow suffocated. However, the Indian bowlers continued to excel and the England players lined up at the pavilion. Local boy Akshar Patel also excelled in the fourth Test. He took four wickets in a row and dealt a blow to England. Ashwin, who has mastered his spin in the last three matches, has taken three wickets in the fourth Test as well. Hyderabadi player Siraj took two wickets. Washington Sundar took one wicket.