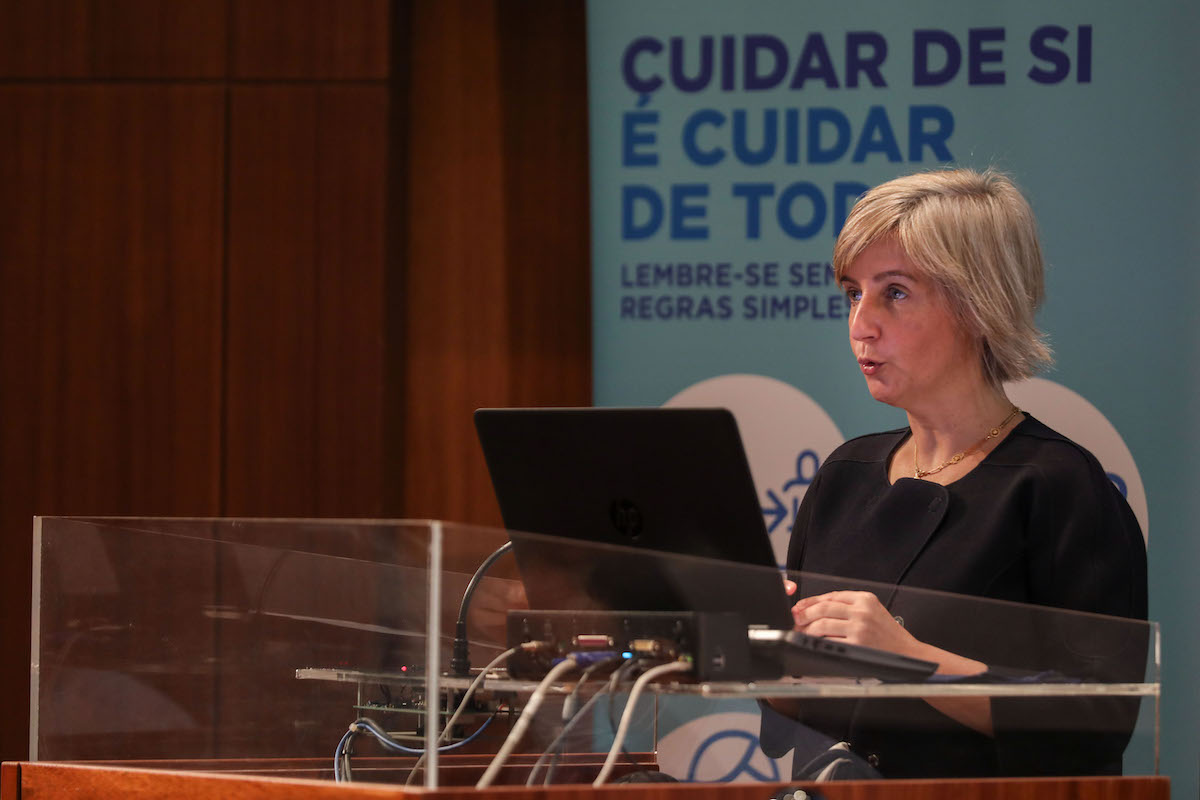 Infarmed hosts another meeting of experts to assess the epidemiological situation of covid-19 in Portugal. Contrary to what would be expected, experts do not recommend changing the risk matrix.

André Peralta Santos, responsible for the information and analysis services of the Directorate-General for Health (DGS), says that the country has a “low to moderate” incidence, around 60 new cases per 100 thousand inhabitants, “with a slight upward trend in the last week”.

In turn, the Lisbon municipality it has an incidence greater than 120, which “may be of greater concern” because of its higher population density.

The region of Lisbon and the Tagus Valley, on the other hand, revealed “an increase in the incidence of being an area of ​​great density and intense pendular movements”, however, as a region, the incidence figures remain below 120 cases per 100,000 inhabitants.

The expert stresses that the highest incidence was registered in the group between 20 and 40 years old, that is, “young adults”, with greater emphasis on the age group of 20 to 29 years old.

Older people, that is, people over 80 years old, remain in a “downward trend”, as a result of vaccination. The researcher adds that among the 272 people over the age of 80 who were infected already after having a complete vaccination, there were 15 hospitalizations and no deaths.

Regarding the consequences of the disease, the specialist pointed out that the hospitalizations continue with a downward trend, and inpatients are currently between 40 and 59 years old.

Baltazar Nunes addresses the evolution of the incidence and transmissibility of the virus and reveals that mid-March the incidence has been constant, this means that the incidence of covid-19 in Portugal “is at low / moderate levels, but with an increasing trend”.

Even so, he warns that to compensate for the increase in contacts between people and transmissibility, it is necessary to increase the testing, reduce the number of contacts out of the familiar “bubbles”.

About to mobility, Henrique Barros says that the “very low confinement values, at the level of August 2020, almost pre-pandemic”, with Portugal being among the countries with the least reduction in mobility and registering a growth in the movement in public transport as well as in places work and leisure.

The specialist says that the current incidence is at the level of the same period last year, but the composition by age groups is different and the impact on hospitalizations also decreases, as a result of vaccination.

However, most importantly, the probability of dying “went down drastically ”, stresses Henrique Barros. Between the age of 80 and at the beginning, this probability was about 20% – one in five infected people ended up dying. Now it is around 5% and death is often associated with other diseases.

However, he recalls that “the virus has come to live between us. That is what endemic means ”. In this sense, the expert points out that “everything leads one to believe that the infection has become endemic, or at least it has become socially endemic”, remembering that the numbers in Portugal are a good sign that there has been learning about how to fight the disease .

João Paulo Gomes, from the National Institute of Health Dr. Ricardo Jorge, stresses that in April there was no case of Indian variant, and in May there was a leap that raises concern: in the analyzes made, it was identified in 4.6% of the cases (in 37 samples), which may correspond, according to an estimate, to 160 cases.

“These cases do not refer only to the region of Lisbon and the Tagus Valley, but are already found in 9 districts and 13 counties”, said the specialist.

This was one of the novelties brought by João Paulo Gomes who also informed that the variant of the United Kingdom it is the prevailing one, but it is losing strength.

From April to May, it went from 91% of the cases to 87%, the difference is explained by the appearance of such 4.6% of the cases of the Indian variant. Manaus and South Africa variants are around 3%.

According to the data, the samples of people who presented the Indian variant were mainly because they traveled to India or Nepal.

In this sense, it is essential to have a border control to prevent the spread of the Indian variant, says João Paulo Gomes.

Update of the risk matrix

Andreia Leite, from the National School of Public Health at Universidade Nova de Lisboa, explains that there is a set of criteria, called red lines, designed to consider the epidemic as controlled: the cumulative incidence over 14 days per 100,000 inhabitants (which should not exceed 240), as well as the Rt, which should be below 1.

Researcher Andreia Leite points out that there are still many unknowns, namely the response of vaccines to new variants and the duration of immunity. At the same time, it is only possible to achieve considerable levels of effectiveness after the second dose.

Thus, proposes to maintain the current risk matrix, since “vaccination will contribute to maintaining controlled values ​​of infection, therefore there is no justification for changing the criteria”, says Andreia Leite.

In addition, experts also took into account the European framework recognition of risk levels, the lower probability of occurrence of risk variants when community transmission is controlled, the need for geographic differentiation of measures, and also clarity and communication, since “the matrix is ​​already known by all ”.

In order to arrive at this recommendation, the experts reviewed the literature and the criteria followed by ten other countries, which had already served as a basis for the initial proposal of the red lines.

Rachel Duarte presented a plan designed to continue the deflation after June.

The current plan will be based on assumptions such as the continuation of vaccination and testing, with a strong focus also on the ventilation of interior spaces and a great concern with “equality”. The basic principle will be “precaution”, to avoid “returning to restrictive scenarios” and the intention will be “to progress without having to back down”.

The specialist proposes that the general rules should be: mandatory to invest in ventilation and air conditioning in indoor activities, open windows and doors and promote outdoor activities, promote extended testing, use a mask, promote hygiene.