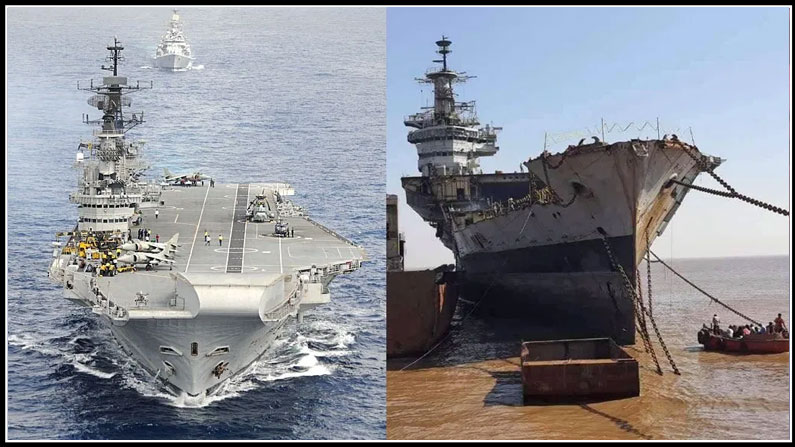 The Supreme Court has objected to attempts to gradually destroy and wreck the once-proud INS Virat warship.

The Supreme Court has objected to attempts to gradually destroy and wreck the once-proud INS Virat warship. Ordered not to undertake these at present. The court also issued a notice to the company attempting to turn the vessel into a scrap. A company has filed a petition in the court seeking to buy the gigantic ship for Rs 100 crore and turn it into a Marine Museum so as not to destroy it. However, most of the Virat ship has already been dismantled. The metal parts on the front of the ship were destroyed.

In December last year, the Defense Ministry formally rejected a request from Gujarat-based Shriram Group of Industries to allow it to be scrapped. But Nvitech Marine Consultants wants to turn this warship into a museum. The company has filed a petition in the court to this effect, sources said. The ship is currently off the coast of Goa.

The government acquired the Virat ship from Britain in 1986. Seahorse aircraft can also be launched from this ship. It was discontinued in 2017.

Read More: Odisha Rice Mill Owner: Leaving the job of a teacher and entering the business .. with a new idea .. income in lakhs with rice business