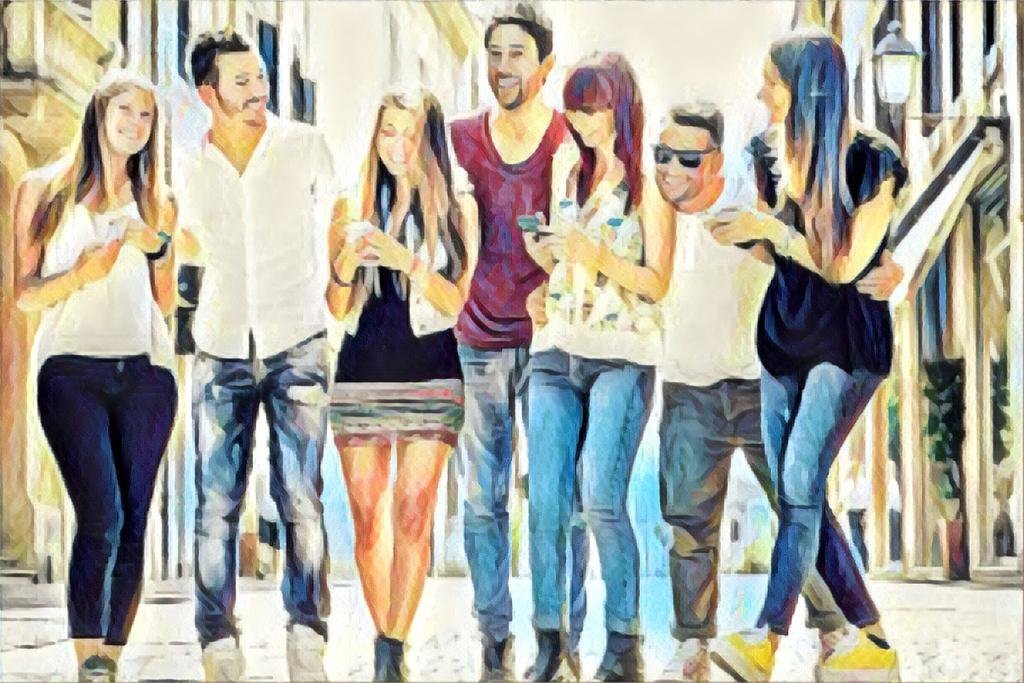 Fully digitized, “Generation Z” is the one that most invested and risked in the pandemic (Thinkstock/Thinkstock)

The increase in the participation of classes A and B and the elimination of class C from the financial markets did not inhibit the entry of a new generation in the world of investments or personal finances . In 2020, an effectively digital generation emerged, the “Z”. This is what the research shows Brazilian Investor’s X-Ray performed by ANBIMA – Brazilian Association of Financial and Capital Market Entities – in partnership with the Datafolha Institute to be announced in the coming days. Between November 17 and December 17 of last year, the survey heard 3,408 economically active people from classes A, B and C, who live on income or are retired.

“A ‘Z’ generation represents an upset. Even the ‘Millenium generation’ applications are made by digital means, but decisions about where to put the money need face-to-face security or advice, guidance. There was a separation between the investment choice process and its execution. This one, by digital means. But Generation ‘Z’ investors seem comfortable with indications coming from algorithms and chatbots, and they also take more risks, as do milleniuns,” says Marcelo Billi, ANBIMA’s Superintendent of Communication, Certification and Investor Education.

For the executive, these two generations are the ones with the most diversified portfolios and take on more risks, possibly because they are younger. Billi believes that the current idea that the generation “Millenium” it’s digital. But this perception, he acknowledges, must be confirmed when the members of the ‘Z’ generation, conceptually today with up to 24 years, reach 30 years. “For now, income is concentrated on ‘milleniuns’ and ‘boomers’. The ‘milleniuns’ are in the 25 to 40 age group; The ‘X’ generation, from 41 to 56; and the ‘boomers’, from 57 to 75 years old.”

The X-Ray of the Brazilian Investor informs that 9.5 million Brazilians belong to the ‘Z’ generation, 13.4 million to the ‘Millenium’, 8.7 million to the ‘X’ generation and 5.4 million are ‘boomers’. The survey revealed that by 2020, 50% of Generation ‘Z’ had saved. This was also the generational group that most contained their expenses, 27.7%, compared to 20.3% of the most populous group, the milleniuns.

Generation ‘Z’ was the one that most avoided unnecessary purchases in 2020, 17%, compared to 7.8% of ‘milleniuns’. The ‘Z’ also controlled their expenses well, keeping part of their salary. As for knowledge about financial investments, 51.8% of the ‘Z’ generation do not know anything, the survey says, while 43.1% of the ‘milleniums’ are in the same condition. Perhaps for this reason, 21.1% of the ‘Z’ generation, the one at the end of the vaccine queue, apply in savings accounts. On the other hand, these young investors are the ones who invest the most in stocks and digital currencies and the ones who invest the least in investment funds.

In an interview with EXAME IN, Marcelo Billi informed that ANBIMA has already started working on the fifth edition of the X-Ray of the Brazilian Investor, which will have field research between November and December this year. And the next survey, also to be carried out with Datafolha, will have cuts that are even more relevant than the current one.

“We have a four-year history, nationally, with investors, we set up a working group with representatives of the members and we are going to produce indexes. We have new questions to ask. Digital influencers should enter the next survey, as well as investor assessments of risk and return. Let’s see if the generational aspect will be reinforced. In the current research, the big change came from the ‘Z’ generation that uses the internet and the use of applications as a source.”