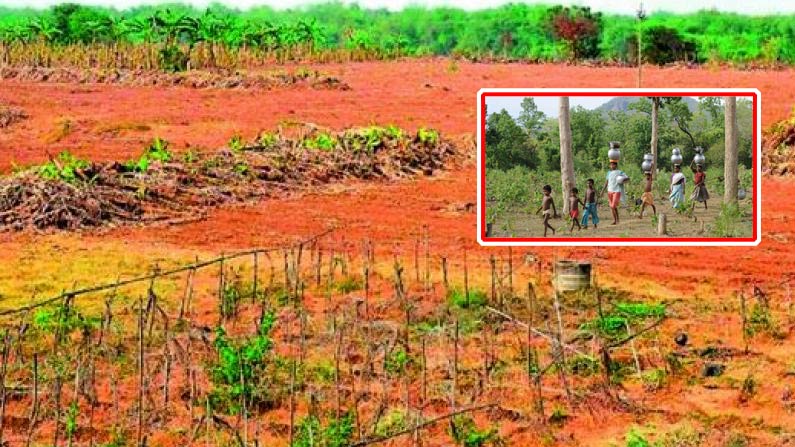 The issue of highlands in Telangana has become a headache for the government. Tribals have been cultivating highlands for many years in the agency areas of Adilabad, Khammam and Warangal joint districts.

Issue of Tribal Lands: The issue of highlands in Telangana has become a headache for the government. Tribals have been cultivating highlands for many years in the agency areas of Adilabad, Khammam and Warangal joint districts. Forest officials, however, are desperately trying to seize the fallow lands. The tribesmen, who have been living for years believing in the same land, do not want to leave the land even if they die. Warfield is facing a confrontation between the two factions.

If the comments made by MP Soyam Bapurao that tigers are being released in unison to stop Podu agriculture are not correct .. the remarks made by tribal MLAs that Podu will not be tolerated when it comes to land grabbing are further inflamed. A series of tiger attacks in tribal villages have further infuriated the leaders. Along his way, Asifabad and Sirpur constituency MLAs and Zadpi chairmen continue to fire on the forest department. Tribals continue to be warned that they will not be tolerated if they take action that strikes them in the stomach.

In this district, which is also known as Bhadradri Kottagudem District Agency District, there are constant fights between forest officials and forest officials. Authorities say more than a million hectares of forest are being cleared and cultivated. Some did not come to the rails with technical problems. When the TRS government came, it started taking over the lands. With this the controversy began. Farmers have been revolting ever since Forest officials attempted to dig borders for fallow lands.

Officials say Bhadradri alone is clearing lakhs of hectares of forest in Kottagudem district. However, the seizure of lands by CM KCR has also been criticized by forest officials. Tribals thwarted an attempt by forest officials to seize land in Gundala Mandal Shambhunigudem and Chettupalli. Pinapaka MLA government whip Rega Kantarao called for a movement on behalf of the tribals.

Forest officials do not care if sand is smuggled through the forest. But it is also surprising that government officials and representatives of the ruling class are calling for a war. If the tribals revolt, the question arises as to who will be responsible for the security situation.