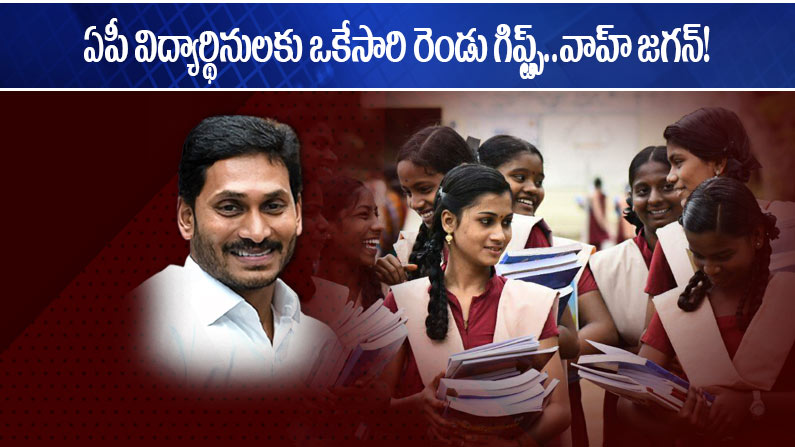 AP Chief Minister YS Jagan Mohan Reddy announced two Significant Gifts for students in the state. Two new schemes are to be arranged to be launched on March 8, the same day as Women’s Day

AP CM Jagan New Gift to Girl Students: AP Chief Minister YS Jagan Mohan Reddy announced two Significant Gifts for students in the state. He directed the authorities to make arrangements to launch the two new schemes on the same day as Women’s Day on March 8. Chief Minister YS Jagan, who conducted a review on Friday on the welfare of women being implemented in the state, took two crucial decisions. During the review, the CM directed that free sanitary napkins be distributed to public school girls. A key decision has been taken on the distribution of sanitary napkins to students from 7th to 12th class studying in government educational institutions. The CM directed that free sanitary napkins belonging to branded companies be distributed to students from class 7 to class 12. Officials of the Department of Education, Medical, Health, Women and Child Welfare were instructed on the distribution of sanitary napkins to girls in government educational institutions.

The chief minister told the officials to pay more attention to the health of the girls. March 8 (Women’s Day) is the day to launch the Free Sanitary Napkins Distribution Scheme. Officials said the tender process would be completed by April 15. Serp and Mepma will sign MoUs with prestigious companies by the end of April. Sanitary napkins will be distributed to students of all government schools, junior colleges and gurukul schools across the state.

The Chief Minister directed the education authorities to impart the best possible training to the students for all types of competitive examinations. The CM said that laptops should be used for this. Laptops will be distributed under the Ammoodi scheme. The CM said that students above 9th class have already been given the option. The CM directed the authorities to draw up a plan to co-operate with the government-provided computers as well as reputed institutions (coaching institutions). He said the option process of laptops from students should be completed as soon as possible. They want to give coaching with the help of laptops, in an interactive way, to increase skills while using technology. For this, the cooperation of selected experts should be sought. It was thus directed to devise a program to prepare as many students as possible for competitive examinations. They want to plan how to make the most of the time it takes to give laptops to students.

ALSO READ: Corona virus is all around us like WiFi .. CCMB latest warning