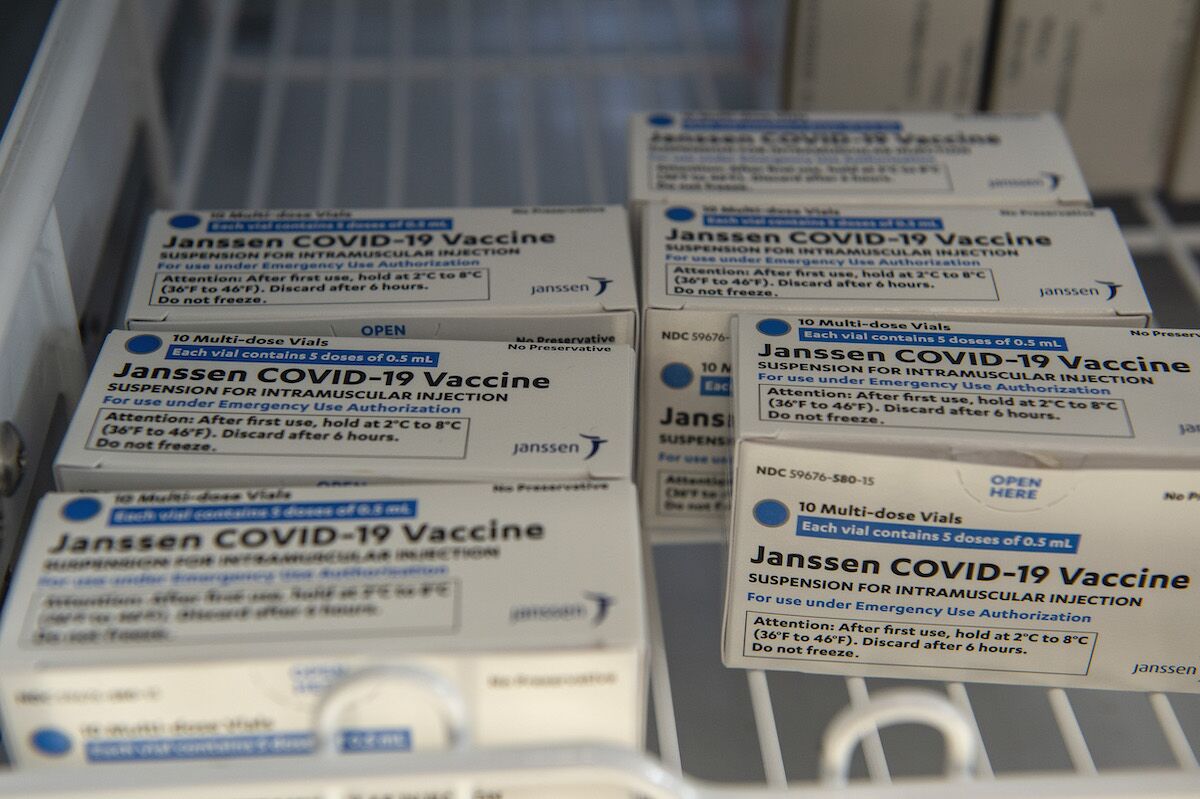 Infarmed guaranteed the compliance of Janssen vaccines in distribution in Portugal with the specifications of the European regulator and announced that the batch suspended on Wednesday can be used in vaccination centers.

“Tests were carried out on the physicochemical characteristics of the vaccine, which prove the conformity of all batches that are in the distribution circuit, in accordance with the specifications approved during evaluation by the European Medicines Agency (EMA)”, he added the National Medicines Authority (Infarmed) in a statement.

According to the national regulator, following the investigations carried out, the suspension of the use of the lote XE393, “and in this sense it can be used by the Vaccination Centres, taking into account the provisions of the Summary of Product Characteristics of this vaccine, regarding its storage conditions, since no quality defect was detected with it”.

On Wednesday, Infarmed announced that was investigating the quality of Janssen vaccines made available at the Covid-19 Vaccination Center in Mafra, after users passed out after being vaccinated.

The medicine’s national authority explained, on Wednesday, that the measures come “following the cases of adverse reactions (syncope), reported with the Janssen vaccine, at the Mafra vaccination center.”

On Thursday, the task force which coordinates vaccination in Portugal announced that the “open house” modality was suspended due to the reduction in the availability of vaccines, following the interruption of a batch of the Janssen brand.

“Given the suspension of a batch of Janssen brand vaccines (…) and the consequent reduction in the availability of vaccines, it was decided to immediately suspend the “open house” modality, referred to the note from the “task force” of vaccination sent to newsrooms.

After the disclosure of Infarmed’s decisions, the source of the structure that coordinates the vaccination logistics told Lusa that this type of vaccination will be reopened “as soon as possible”.

In the statement released today, Infarmed even said that, following a syncope episode set (fainting) that occurred in the center of Mafra, samples were collected from all batches of the Janssen vaccine that were in the distribution circuit, which were analyzed in the regulator’s Quality Verification Laboratory.

“As previously reported, no suspicions of quality defect of this batch have been reported to date in other vaccination centers where it is being used”, assured the regulator, when advancing that, of the batch in question, they were 20,000 doses were inoculated in Portuguese vaccination centers until Wednesday, “and no more cases of adverse reactions have been reported”.

The national authority also informed that batch XE393 was distributed to all Member States of the European Union, and “no suspicion of quality defect with it has been received at this institute to date”.

“After this investigation, which Infarmed unleashed, within the scope of the drug quality supervision system, promptly and effectively in the face of a suspected quality problem related to a vaccine, it is important to reaffirm that Covid-19 Vaccine Janssen, like other vaccines against covid-19 authorized in the European Union, they are safe and effective”, the statement underlined.

After reiterating that vaccination against covid-19 is the “most effective public health intervention to reduce the number of cases of serious illness and death”, Infarmed explained that a syncope is the sudden and brief loss of consciousness, followed by spontaneous recovery, and that the vaccine information leaflet refers the possibility of this type of occurrence.

“Anxiety-related reactions, including vasovagal reaction (syncope), hyperventilation or stress-related reactions, can occur in association with vaccination, as a psychogenic response to needle injection. It is important that precautions are taken to avoid injuries caused by fainting”, warned the national regulator.