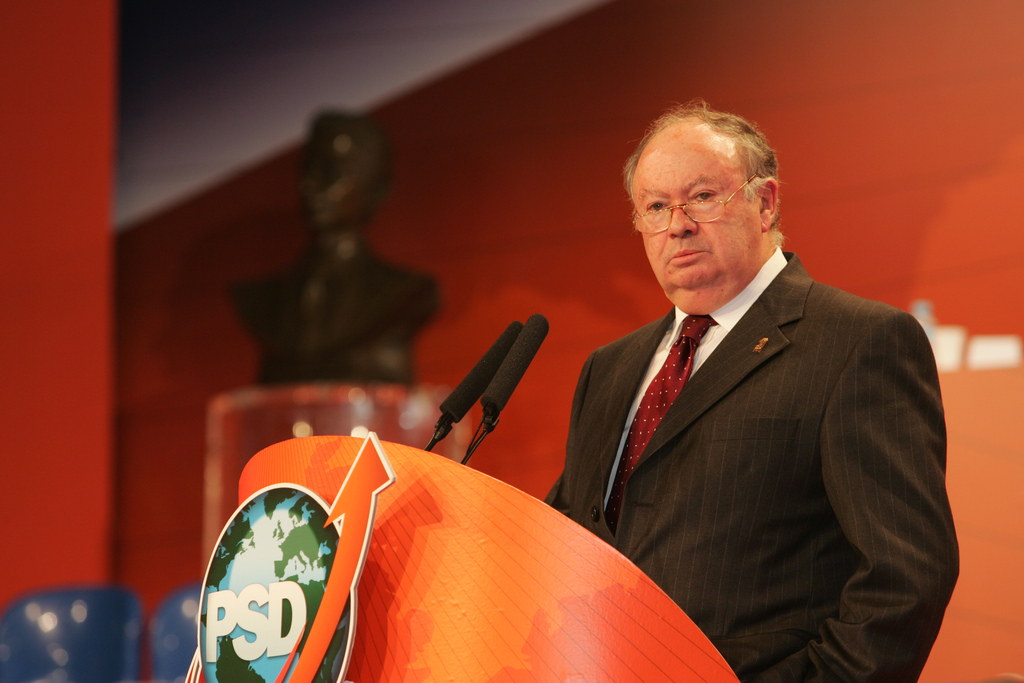 Former President of the Government of Madeira Alberto João Jardim accused PS and BE of trying to “burst the Free Zone” in the region and considered “noise” the ongoing investigation of the island executive.

“Coincidence! When the socialists, supported by the communist fascism of the so-called ‘left’ (ex-UDP) ‘bloc’, try to bust the Free Zone – which benefits foreign competitors – now this ‘noise’ appears… based on the cowardice of an anonymous letter ”, wrote João Jardim, who led the Regional Government between 1978 and 2015, in his accounts on the social networks Twitter and Facebook.

On Wednesday, the Attorney General’s Office confirmed that several installations of the island executive and the Madeira Development Society (SDM) were the target of searches by the Judiciary Police (PJ), related to the award of the exploration concession of the International Business Center of Madeira (IBC), also known as the Free Trade Zone.

Under investigation, according to a note published on the website of the Central Department of Investigation and Penal Action (DCIAP) on the Internet, there are “facts that are likely to integrate the practice of crimes of malfeasance, corruption and economic participation in business”, and until that date it was not defendants.

The investigation carried out by the DCIAP points to “Facts related to the award, by direct agreement, by the Regional Government of Madeira, of the concession of the administration and operation of the Free Zone of Madeira to SDM – Sociedade de Desenvolvimento da Madeira, SA ”.

The investigations carried out by the PJ, adds the DCIAP, “are also aimed at investigating a possible relationship between this award and the sale, to a real estate fund, of a set of properties where a tourist unit is installed”, at Quinta do Arco , which was owned by the President of the Regional Government.

SDM was created in 1984 by public and private investors and, in 1987, it obtained the public concession of the Free Zone for a period of 30 years. It is responsible, in liaison with the Government of Madeira, for issuing licenses to operate under the IBC.

The social democratic government of Miguel Albuquerque decided, in February 2017, to directly award the concession of the IBC to 2027 to SDM, then mostly held by the Pestana Group, which deserved a negative opinion from the European Commission, as it understood that the award should have been made through an international public tender, with due respect market and competition rules.

The award of the “public service concession” was formalized with a resolution published in the Official Journal of the archipelago on February 6, 2017. By mutual agreement with the concessionaire, the region revoked the previous contract, which ended that year.

The new contract established, however, that the region became to hold a stake in of 49%, a value that in the previous one was only 25%, the private ones being left with the majority of the capital (51%).

On December 2, 2019, the Court of Auditors considered that direct contracting I was “hurt by illegality” because it did not observe rules for public service concessions. The European Commission then initiated an infringement procedure against Portugal for considering that the award of the contract could infringe the rules for the award of concession contracts.

At the end of 2020, the current Madeiran government (PSD / CDS-PP) formalized the purchase of 51% of SDM’s private capital, representing an investment of 7.3 million euros, making it a fully publicly owned company. on January 1, 2021.

The investigations carried out by the PJ on Wednesday (17th), according to the DCIAP, “are also aimed at investigating a possible relationship between that adjudication and the sale, to a real estate fund, of a set of properties where a property is installed. tourist unit ”.

In addition to the SDM facilities, the searches covered two private residences and two commercial companies, as well as the Presidency and the General Secretariat of the Presidency of the Government of Madeira, the Vice-Presidency, the Regional Secretariat for Economy, Tourism and Culture, the Directorate Regional Deputy for Finance and the Regional Deputy Directorate for Parliamentary Affairs, External Relations and Coordination.

The DCIAP indicated that the investigation is under secrecy.

On Wednesday (17th), the Pestana Group guaranteed that “it is not, nor has it ever been, a shareholder of the management company” of the fund to which Quinta do Arco was sold [conhecida pela Quinta das Rosas, no concelho de Santana], or “holder of units of the referred fund”, being only a tenant, confirming, however, having been “the subject of a judicial procedure”.

On the other hand, SDM confirmed, in a statement, “to have been the subject of a judicial procedure”, but reaffirmed the “transparent conduct in all acts” practiced, considering that the investigation underway constituted “an excellent opportunity for the conclusion of the legality and good faith ”with which society“ always acted ”in this process.

As for the current president of the Madeira Government of the PSD / CDS coalition, the social democrat Miguel Albuquerque, declared this Thursday that he will provide “everything necessary to find out the truth” in this case.

Miguel Albuquerque stressed that has “nothing to hide”, assuring to be “perfectly of calm conscience”, because it did not commit “any illegality”, nor promoted “any illicit act”.

And he reinforced: “I am not accused of anything, nor am I condemned for anything. I have always acted within ethical standards and I will continue to do so ”.

Miguel Albuquerque admits the possibility of being able to make “wrong or controversial decisions”, but underlines that this is not the same thing as making an illicit decision. The president of the executive also relates the fact that the investigation was based on “anonymous complaints” with political reasons.