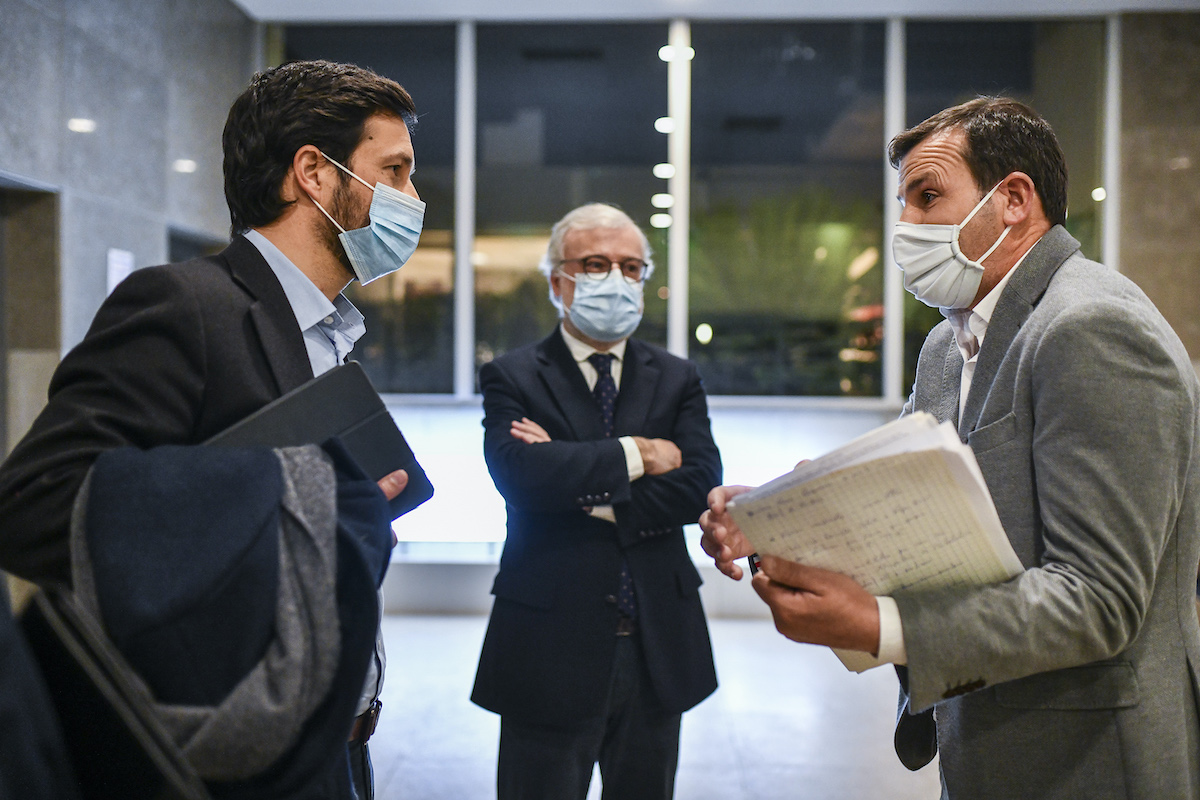 The presidential candidate supported by the PCP and the candidate of the RIR party had their face to face, this Saturday night, in the last round of television debates in the scope of the Presidential elections.

On the day it was learned that the Prime Minister, António Costa, invited candidates for the Presidency of the Republic to participate by videoconference in the meeting with epidemiologists, scheduled for Tuesday, the candidate Vitorino Silva confirmed not to have been contacted.

“If they don’t invite me, I won’t. I have heard through the media that some candidates have already been invited, they may not have my contact, ”replied the RIR candidate (Reacir, Incluir e Reciclar) to the journalist Carlos Daniel, responsible for moderating the debate broadcast on RTP3.

Asked if there is an alternative to confinement, and at a time when the numbers of the pandemic continue to rise, the northern candidate, better known as Tino de Rans, considered that “we cannot kill people, nor the economy”.

“There has to be a balance and we all have to sit down at the table to look for that balance ”, he declared, emphasizing that“ we still have time to postpone the elections ”.

“The elderly in the homes have been in prison all these months, have been unable to go out for Christmas and now they want to release them one day to go and vote. We really have to take a lot of responsibility because the heritage that exists is the elderly, we still have a lot to learn from them. We cannot leave them behind, ”he said.

João Ferreira, in turn, said that he tends to “refuse this dichotomy between health and the economy” because, normally, “whoever looks at things in this way ends up not doing everything necessary to protect health and at the same time harm the economy ”.

The candidate for Belém supported by the Communist Party highlighted “the need to continue life” and stated that “There are no general constraints”, noting that, “in the period of the so-called confinement between March and April, there were thousands of workers who never confined”.

“Otherwise, the things we need every day would not reach the supermarket shelves. In agriculture, fisheries, industry, cleaning and urban hygiene, in the media … There were countless sectors of economic activity that did not confine, that did not stop ”, he enumerated.

The communist recalled that the country reached this scenario “already with a state of emergency” and that “There are protection measures that remain to be adopted”, in particular at workplaces, homes and public transport.

Regarding the new support announced by the Government, João Ferreira took a negative balance, considering that they were “insufficient”, “reduced” and “preferably directed to those who needed them least”.

About to private intervention in this pandemic crisis, the MEP said that this was never at stake, but he wanted to highlight the “behavior of some economic groups in this area”, giving a concrete example for this.

“I recently visited the Penafiel hospital, which as we know was under great pressure. I was able to hear testimonies from the hospital administration, namely what was tried to get the collaboration of some private health units, and I witnessed the difficulties encountered ”.

The communist said that there was “an unavailability on the part of the private to pay for everything that was more complicated and that did not assume the profit perspective“. The candidate recalled that, at this moment, there is not only covid-19 and that “there was clear resistance to taking on more complex areas”.

“We have instruments [requisição civil], right from the Basic Health Law, which allow the State to use all installed capacity. And I think that, at a time like this, the Portuguese would not accept that public resources should be used to support economic groups that do business with the disease. That is, this installed capacity must be used, now it is not acceptable for private an à la carte choice, always with a view to making a profit and not ensuring the answer that is necessary ”.

In the opinion of Vitorino Silva, “if the State is unable to save lives, you can even pay a little more” to ensure that there are those who do, because “a person’s life is priceless”. The RIR candidate recalled that “profit is a natural thing” and that there is no “Nothing against the private”, nor against the public, with which he never had problems. And he agreed with the candidate in front of him: “If more people are needed, more people are needed.”

“I don’t like extremes because they touch each other”

Regarding his vision for the country, João Ferreira admitted that “there is a Portugal that is yet to be fulfilled”, which is what “Resulted from the April revolution” and that “was embodied in the Constitution, in which the vision of a free, developed, fair and sovereign country is found”.

“Some people call me the candidate for the Constitution and I like that. (…) There is no democracy without the rights that are there, namely, the right to work, health, education, culture, housing and a quality environment ”. But the communist also recalled that “There are no rights without development” and that “it is development that gives content to rights”.

Asked if there is any country that inspires him, the candidate denied it, saying that he never looked for “models in other countries to import”, not least because “each people must build its own paths”.

Tino de Rans, on the other hand, had no doubts. “If I was given the opportunity to choose, I would say that I would like to be born in Portugal, to have lived in Portugal and to die in Portugal. There is no better country than this, I’m very happy here“Shot.

Regarding the appearance and growth of Chega in Portugal, the RIR candidate recalled that his party is represented by a wheel and that, for it to be able to turn, it cannot have extremes. “I don’t like the extremes. And I don’t distinguish between left and right extremes, because the extremes touch.”

Once the hypothesis of inaugurating a Government with Chega was put forward, the former president of the parish council, a professional paving worker, compared the Constitution to the driving license, considering that the President is “the policeman who is there to watch over and do to accomplish”.

The communist candidate went much further in the answer, remembering that he has “a sense of what the presidential powers are and that he would not fail to use any of them”. João Ferreira also affirmed that “everything would be done to prevent a situation in which a party of this nature was in a position to have this governing influence”.

“In compliance with the Constitution, parties of this nature, who take advantage, live, manipulate and instrumentalize the population’s discontent, they would not have the opening stem to grow ”, he declared.

As an example of the situation in the Azores, the MEP stated that “he would have had a different initiative than Marcelo Rebelo de Sousa”, that is, he would have given “indications to the representative of the Republic to call the party most voted to form Government”. “This did not happen, as we know,” he concluded.

At the end of the face to face, Vitorino Silva took the opportunity to question the moderator of RTP about why they left him, initially, out of the debates. “It was a big mistake if I hadn’t come. It was worth being here, this was proof that nobody should be left behind. I am sure that a lot of people learned from my coming to the debates, because the people also speak and have something to say ”, he concluded, also launching the challenge to the opponent to accept a debate in Porto Canal.

Next Tuesday, January 12th, the seven candidates for the Presidency of the Republic will meet in a joint debate, which will be broadcast by RTP, starting at 10:00 pm.