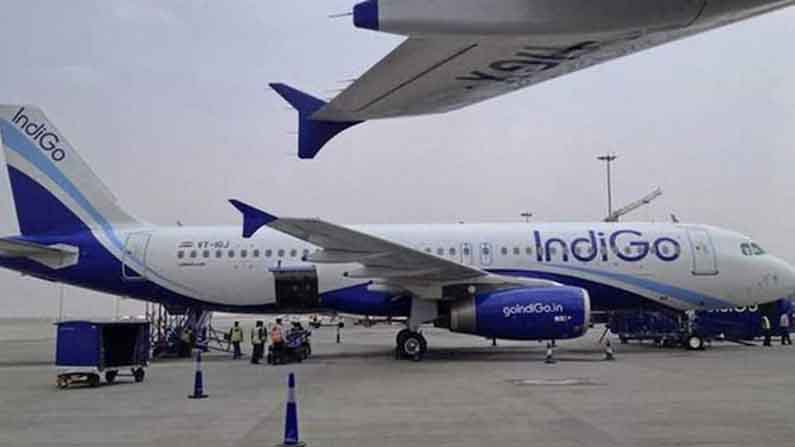 A corona-infected passenger boarded an Indigo flight. Kovid said he was positive before the plane took off.

Passenger On IndiGo Flight : A corona-infected passenger boarded an Indigo flight. Kovid said he was positive before the plane took off. Immediately, the alert flight crew lowered him down and completely sanitized the seats. The flight returned after the seat covers were changed.

A passenger on an Indigo flight departing from the national capital Delhi said he had been diagnosed with Kovid-19 positive. The passenger said everything was packed and the matter was bricklayed while the flight was taking off. Flight crew at once worried about this. Airport sources said the pilot was asked to return to the parking bay for the safety of passengers.

As Indigo Flight 6E-286 was preparing for takeoff from Delhi to Pune on Thursday, the man told cabin crew that he was Kovid-19 positive and showed documents to prove it. The pilot informed the ground controllers about the situation on the radio. Sources said he has decided to return to Runbay. Authorities immediately allowed this.

The other passengers on the plane were taken down one by one. The pilot made an announcement that the passengers in the seats would first get off and wait in the coach. Kovid 19 Positive Passenger sat in one of these rows. The seats were completely sanitized by the flight crew before the flight took off again. Airport sources said that as part of security measures on board the aircraft, all passengers were provided with PPE kits and asked to wear them throughout the flight. Travelers appreciated the Indigo effort for doing so. The Kovid-19 positive passenger was sent by ambulance to the Kovid Center at Safdarjung Hospital in South Delhi.

The central government has imposed restrictions on all forms of traffic as the corona expands across the country. All flight services were suspended due to the imposition of the lockdown. However, with the recent easing of the center, flights have begun to slow down. The airlines operate in full compliance with Kovid regulations. Passengers, however, lauded the initiative shown by the flight crew with the latest incident.

Read Also⁇. Variety Thieves: They are a new kind of thieves .. They come to weddings .. They give gifts .. With a perfect sketch